AMC’s The Walking Dead returned on Sunday, March 12th with the emotional and stressful episode Bury Me Here, written by Scott M. Gimple and directed by Alrick Riley. Although King Ezekiel has done everything in his power to protect the world he has built, forces out of his control rise to eradicate it. Meanwhile, Carol and Morgan are also faced with demons they have been trying to bury as the loss of more loved ones pushes them to join the fight against The Saviors. 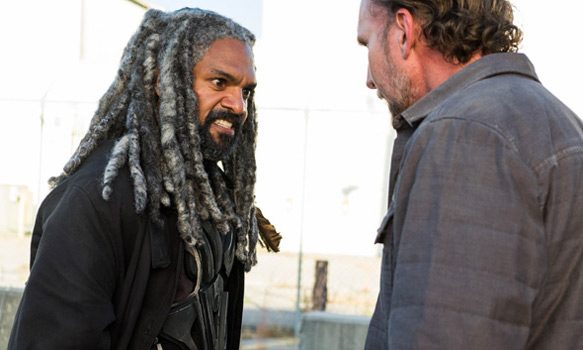 Carol, who clearly has a lot on her mind, journeys to The Kingdom to ask Morgan if everyone is truly ok, seeing flaws in Daryl’s story. He tells her no details, just to speak to Daryl, and offers to escort her to Alexandria. She stubbornly declines, and Morgan leaves soon after with King Ezekiel and his entourage for their weekly drop with The Saviors.

With things already tense, it spirals out of control when the drop is short, much to Ezekiel’s disbelief. Their guns get taken, but the lesson is not harsh enough for Jared, the one Savior who has been pushing Richard’s buttons for several visits now. He pulls a gun on him, but decides to send the bullet to another, Benjamin’s major artery the unlucky target.

When Richard makes a confession to Morgan, it sets a path which Carol, Ezekiel, as well as Morgan have been trying to avoid. Its an unfortunate situation, but a necessary step to rid themselves of The Saviors once and for all. 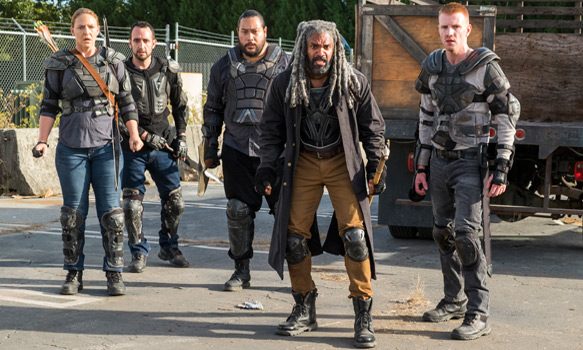 Bury Me Here was a harsh lesson for many of the characters, trying to live peaceful lives, only to have it stolen from them. King Ezekiel experiences this before his meet with The Saviors, learning his royal garden is contaminated by weevils, a type of beetle, that must be burned before it spreads further. Morgan once again breaks his code in attempt to fix Richard’s fatal mistake, a move he may truly not come back from this time. Also, Carol’s absence has only worsened things, leaving her family at a time when they needed her most.

Upon losing Benjamin, Morgan sees his son Duane die all over again and his trauma rushing back to haunt him. When he learns that Richard was responsible, it was interesting to see Morgan carrying out his plan to get The Saviors to trust them again, buying a little more time until their next move. Although they did not see eye to eye on fighting The Saviors, the fact that both of them experience the same horror involving their children certainly brought the characters full circle.

Perhaps a metaphor, Carol’s weapon of choice for a few walkers was intriguing, the “One Way” sign, displaying the directions one must take in order to survive the post apocalyptic world. After some time of being a recluse, after learning the truth of Glenn and Abraham, she does not hesitate to join the fight, something fans are more than eager to see. 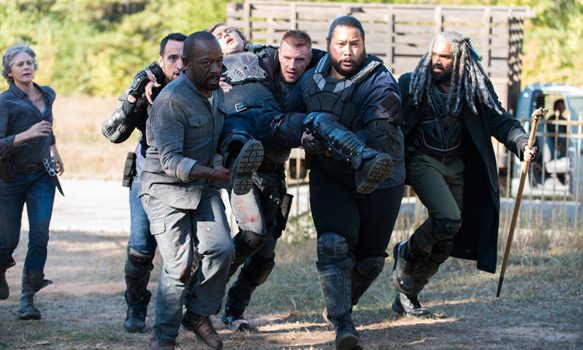 While filming Richard’s death scene, Karl Makinen revealed on Talking Dead of the intense look in Lennie James’ eyes as he was “strangling” him. James’ performance as Morgan has truly been impressive throughout the seasons, every wave of emotion as heartfelt as the next. It will be interesting to see where Morgan’s emotions will take him next, maybe taking Carol’s advice to “go and not go,” a repeat of King Ezekiel’s words from Episode Two of Season Seven, The Well.

Now accepting that he must join the fight, it is important for Ezekiel to hold onto the hope of rebuilding afterwards; powerful words from fellow community member Nabila (Nadine Marissa) referring to the garden they had to burn. Although the fight will not happen today, it is clear that it is inevitable, and fans can only hope everyone is ready once that first shot is fired. The Walking Dead will continue Sunday, March 19th with the episode The Other Side, and not a moment too soon. Until then, CrypticRock gives Bury Me Here 4.5 out of 5 stars. 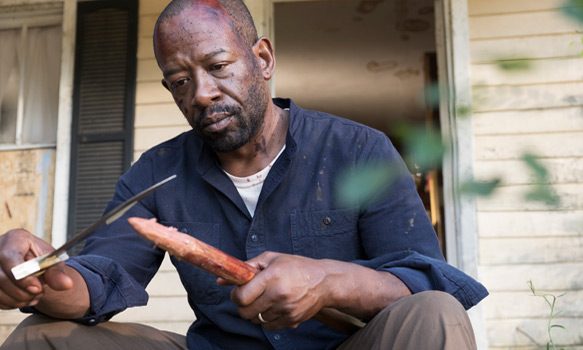