It is in God’s hands, right? Or at least Father Gabriel Stokes of AMC’s The Walking Dead would like to think so. Adding a new layer to season 8 of the series, the new episode Dead or Alive Or premiered Sunday, March 11, 2018.

Coming a week after the balanced episode of The Lost and the Plunderers of intense zombie action and mourning of Carl, one would expect the war between Rick and his group and The Saviors would begin to come to a head, right? Well… not so fast, there is some other loose ends to tighty up. For one, it was just prior to the mid-season finale that Eugene made the decision to let Gabriel and Doctor Carson go from The Savior’s compound in an effort to get to Maggie and The Hilltop in need. So, this little subplot needs to be revisited. Sorry impatient viewers, the beginning of the end of the war will have to wait another week, or two, or three. 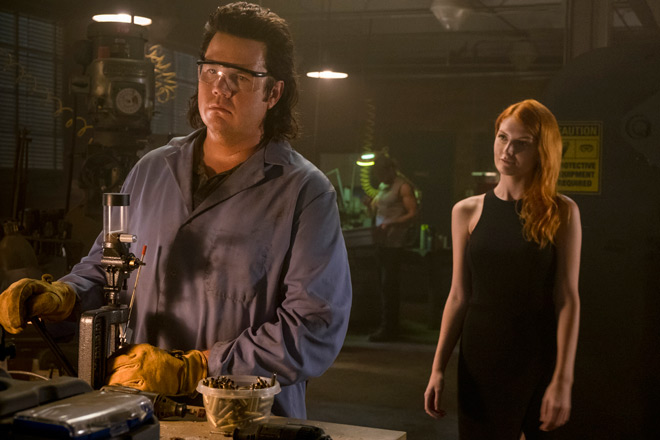 In the latest episode, the focus is Gabriel and Doctor Carson, who are in transit to The Hilltop, but of course, run into some issues along the way. For one, they are lost, and, even more important, Gabriel’s infection is clearly spreading badly, leaving him nearly blind. Now stuck without a vehicle, they set out on foot and, being a man of faith, Gabriel insists things will work out as they should. Doctor Carson, much more of a skeptic, follows Gabriel’s lead and the two connect on a deeper level. Tragically, things do not end as they should, at least for now.

Meanwhile, Daryl, Rosita, and Tara lead The Alexandrians to safety at The Hilltop after The Saviors literally bombed the hell out of their home. Tara, still hell-bent on revenge against Dwight, is not seeing clearly and rather than allow the turncoat help them, wants him dead. Justifiably, considering Dwight killed Tara’s girlfriend Denise, among the other problems he has caused. Rather than listen to Daryl, who has just as much reason to despite Dwight, Tara careless confronts Dwight face to face, ready to put a bullet in his head. Perhaps because of this misstep, they nearly run into a group of Saviors out trying to find the surviving Alexandrians for Negan. In a surprising turn of events, Dwight shows his loyalty has truly shifted away from Negan, sacrificing himself rather than allow The Saviors to find Tara and her group.

While all this is going down, Negan is still looking to win the war, ordering Eugene to manufacture more bullets, and fast. Unfortunately for an already on-edge Eugene, Gabriel is recovered by The Saviors and brought back to their compound. What will the outcome be if and when Negan finds out the truth of how Gabriel and Doctor Carson’s escape? Will Eugene finally crack? In other parts of the story, will Maggie’s decision to let her prisoners of war out of their prison for good behavior backfire? 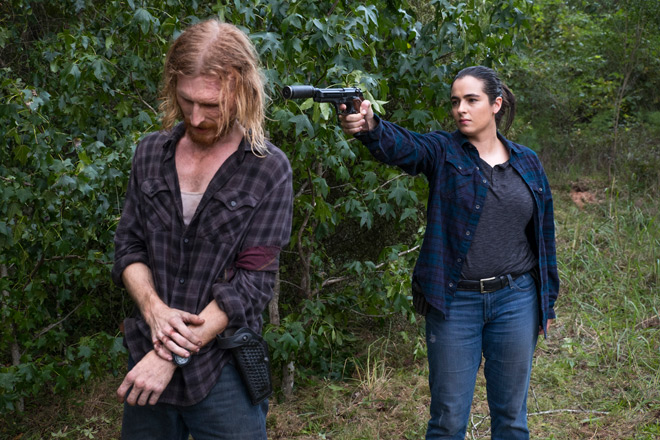 Overall, Dead or Alive Or is not at all a bad episode in the grand scheme of The Walking Dead, but for many viewers, it just drags things out a little more. An understandable point of view, but in all honesty, The Walking Dead intertwined so many characters and subplots, had they not offered some closure to Gabriel and Doctor Carson’s journey, some viewers may have been screaming. It is really a double-edged sword and you cannot please everyone.

Nonetheless, there is some intrigue as to what will happen next on The Walking Dead. For example, what is Negan planning when he decided he is going to use the undead infected blood and guts as a weapon against Rick and his group? Afterall, have we not seen many wear the undead’s blood and guts as armor in the past without it hurting them. We also saw the Terminus cannibals chow down on the infected leg of Bob’s leg with no ill effect. You would think that everyone has a bump or scratch somewhere, especially during a zombie apocalypse, so if the infected blood of the dead was dangerous, they would have been found out by now, no?  Why would the effects be different now? Perhaps there is something Negan and the writers of The Walking Dead know that us laymen are missing.

Who knows where the story goes next as The Walking Dead continues on Sunday, March, 18, 2018 with the episode entitled The Key. The only thing certain is the plot thickens, and while it may be finding some fans to grow impatient, it is still quality material worth viewing. That in mind, stay the course, it will continue to be a bumpy ride! Until the next twist in the plot, CrypticRock gives Dead or Alive Or 4 out of 5 stars. 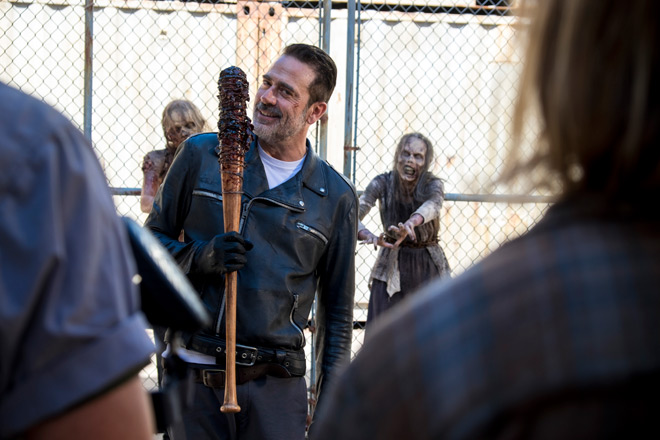 Catch up on Dead or Alive Or: