After last week’s excursion into the humanization of The Governor, Dead Weight served to essentially undo everything that the last episode had worked toward. What exactly was the point of spending an entire hour of television showing that a man who formerly came off as purely psychotic was truly a troubled human, only to later portray him once more as psychotic? Yes, better reasons were given this time around for The Governor’s actions; being motivated to keep alive those whom he loves rather than…to feed a walker-child and make an aquarium of heads? Regardless, it seemed as if in a week’s time he went from psycho, to human and right back to psycho. That sort of sudden and extreme character development requires some suspension of disbelief to follow. 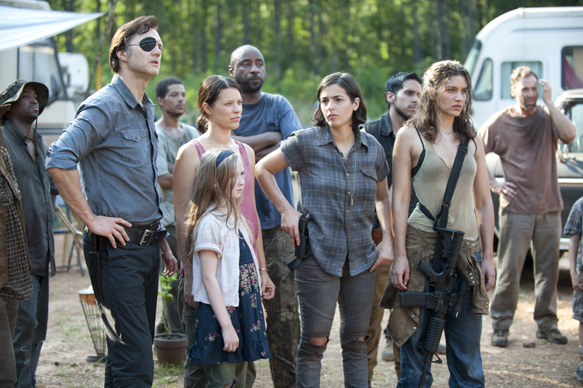 The episode did start off fairly strong The only weak point being Martinez accepting The Governor into the fold so willingly, which was given an explanation later on, albeit a fairly weak one. Not everyone can be expected to act rationally after the world ends. The viewers also got a glimpse at someone who seemed like he could have been The Governor’s relative—the man who murdered two military personnel who apparently raped his wife, daughter, or both, and lied about it. Though it was an excellent portrayal of the dichotomy between people in terms of how well they can cope with what they have done, even when such things are justifiable, it does seem to be getting quite old. How many times does a character need to say a variation of “I can’t come back from what I’ve done” in seven episodes? At this point, it feels like beating a dead horse and the writers ought to focus on developing each characters’ story and show how they live (or do not live) with themselves, rather than incessantly repeating that they do not know if they can come back.

The murder of Martinez by The Governor was probably the least explained of the episode. It seemed to mostly be for shock value, and it immediately ruined what empathy any viewers could have had left for The Governor. It would have been much more believable for some series of events to have occurred that would force The Governor back into the leadership role that he did not want and for that to consume him again, rather than for him to force his way back on top. Speaking of which, another moment that demanded suspension of disbelief from the audience was Mitch’s acceptance of his brother’s death before joining the very man who murdered him. Perhaps it was meant to highlight that the two were never really that close to begin with, or that maybe Mitch really thought that Pete was not cut out for making the hard choices, but it seemed much more forced and less thought-out. It is entirely possible that Mitch’s development is not through with yet. There may be some revenge story in the works, but it does not seem all that likely. 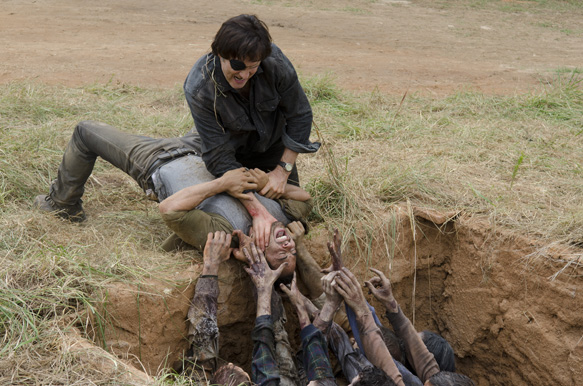 Mitch’s unconditional submission aside, the sequence leading up to and including Pete’s death was one of the high points of the episode. The Governor seemed (forgetting killing Martinez) to really want to get those he cared for to safety without any more bloodshed, and he potentially could have if not for those walkers in the mud blocking the road. He came so close to completing his transformation and focusing on simply surviving and living instead of vengeance, but the road was blocked, and he saw no other option. He did not trust the current leadership to keep the camp alive and well. He knew that he had the ability to, so he had to force his way into that role. It is hard to tell if The Governor working toward being a leader again was purely motivated by a desire for safety for himself and his loved ones, or if he had the vengeance plot in the back of his mind the entire time. Maybe he just realized, as he gained power and saw how much man-power he had that he could manipulate the camp into helping fulfill his two main driving forces—love and vengeance.

The Governor’s development is certainly not through yet, as it seems the fight will finally come back to the prison next week; ready to take on the weakened group still holding out within the walls. That tank does not bode well for Rick and his group, and one thing is for certain – people will die. It will be very interesting to see who stays by The Governor’s side as war is declared and which main characters, if any, will bite the dust. It is hard to even rely on the source material any more to make predictions, as the show is its own separate entity at this stage. This week’s episode is awarded 3 out of 5 stars from CrypticRock. 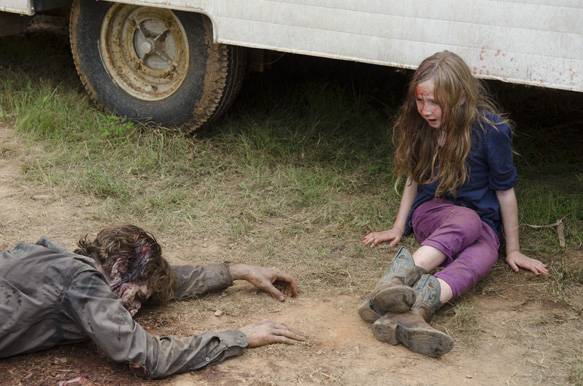