Built up as a must watch, the mid-season finale of The Walking Dead’s eighth season delivered new obstacles and little triumph for the main characters. Having premiered on Sunday December 10, 2017, the episode entitled How It’s Gotta Be was full of surprises. Finally able to escape The Sanctuary, Negan strikes back hard, heading to each camp and rectifying their situation. Not all is quite lost, but there will be quite a few steps to take to regroup and continue the war against The Saviors if they plan on winning. 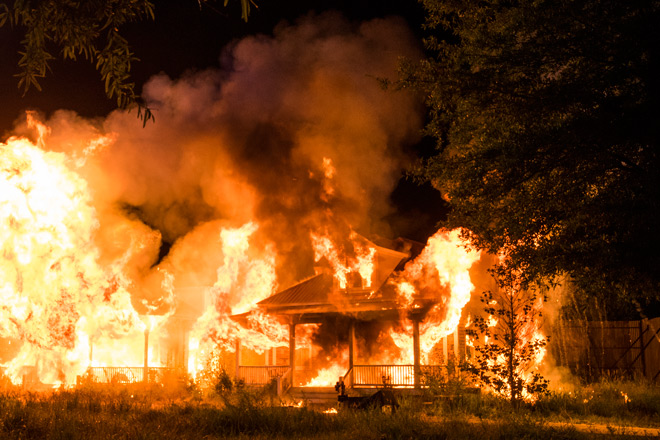 After leaving The Hilltop, Aaron and Enid decide to head back to Oceanside to plead with them again for help in the war. They try to approach with caution, knowing they normally shoot outsiders on sight. This unfortunately goes south when Aaron is attacked by their leader, Natania, and Enid instinctively shoots and kills her.

Able to escape The Sanctuary with Eugene’s help, all Negans top officers head towards each camp, having a slightly different approach in all corners. On the road with Jesus and a few others, Maggie is trapped by Simon, where he shares some words to behave and cooperate with them, killing one person to prove a point. Unaware of the hostages she possesses, she promptly returns the favor by killing Dean, the very savior who almost took out Tara and Jesus at the outpost, using his body to send a message.

Ezekiel still mourns his loss within The Kingdom, but quickly takes action once Gavin and his Saviors show up. Using explosions, he distracts them long enough for everyone to escape, Carol showing up to help, but not before Ezekiel locks himself inside with The Saviors with the very chain that was once attached to the late Shiva. The Saviors had plans to stay at The Kingdom, and now with Morgan lingering right outside the gates, it will be interesting to see how this situation will play out. 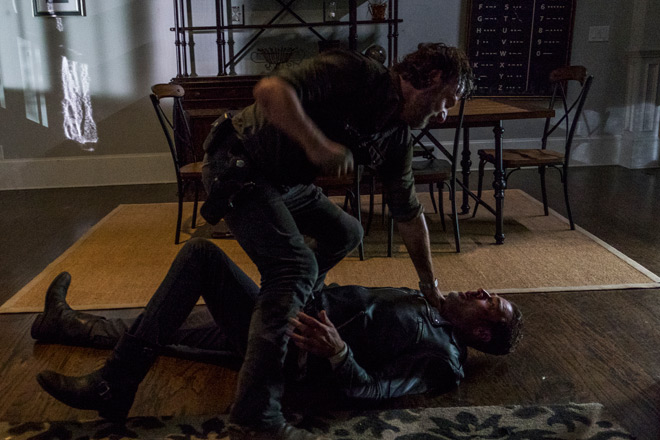 Heading straight to Alexandria to confront Rick, Negan forces his way through, completely destroying most of the homes within. A few minutes before, Carl greets him at the gate and offers himself as a sacrifice, as well as challenging Negan on what kind of man he wants to be. He eventually gets everyone and himself underground into the sewers, a temporary plan of escape for the time being.

Back at The Sanctuary, Eugene has a change of heart, purposely feeding the guard laxatives, which allows Dr Carson and Father Gabriel to escape. This would not be the first time he has deceived Negan. Let us not forget his assistance with Sasha’s suicide almost took Negan out in season seven’s episode The First Day Of The Rest Of Your Lives. It raises the question on how much longer Eugene can stay under the radar of Negan’s good graces, Dwight revealed as the mole possibly a helpful distraction. There will possibly be a voice of reason if Eugene decides to return to his old group eventually, but there could be more harm done for the others to forgive and forget.

It is fitting that Negan would get the chance to confront Rick in his home, as the war officially began on The Sanctuary’s doorstep. In the midst of their fight, he reveals to Rick how Carl offered himself as a sacrifice, and his plans to turn him into one of his top officers. Able to escape and meet everyone in the sewers, Rick quickly learns that Negan will never get that opportunity, much to his dismay. 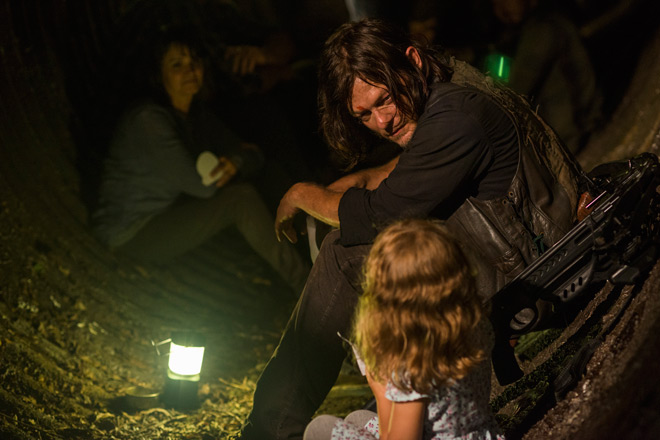 Carl, who has pretty much grown up in the zombie apocalypse, has come a long way. Doing whatever it took to protect his loved ones, it started in season two when he shot Shane to help his father in the episode Better Angels. No one could ever forget the tragic loss of his mother, Lori, dying from the birth of Judith, promptly shooting her so she did not turn, a memory Negan touched on before attacking Alexandria. Most of all, Carl’s latest words to Rick are sure to sink in deep, touching on making this harsh and cruel world a better place to live for those who choose to embrace it.

Throughout the years, many lives have been lost on The Walking Dead, some more memorable than others. The characters who have been around since the beginning in Atlanta hit home a little harder, Glenn the latest example. Being the youngest, most fans have enjoyed watching Carl grow into the man he is today, and it will be the hardest goodbye yet. With the clock ticking, fans will have to eagerly wait for the next half of season eight, returning from hiatus on February 25, 2018 to see what Carl Grimes plans to do with his final moments. Until then, CrypticRock gives How It’s Gotta Be 4 out of 5 stars. 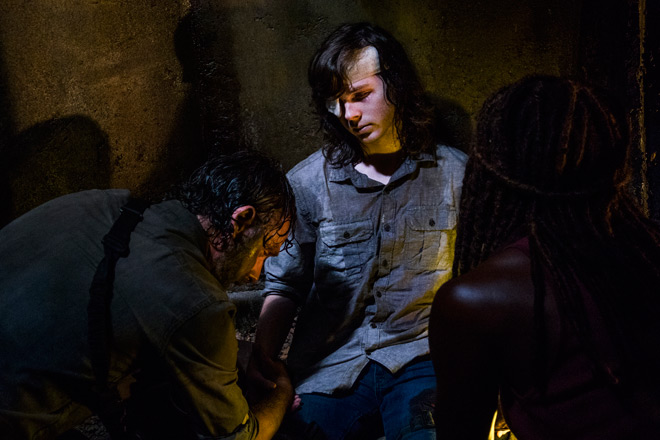