On Sunday, February 26th, AMC’s The Walking Dead took a look back inside of The Sanctuary with Eugene now a part of it in the episode Hostiles & Calamities. The first time trip back to this area since returning a couple of weeks ago, despite his threatening demeanor, Negan treats Eugene rather respectfully, and even rewards him for being a “Smarty Pants.” That in mind, with Daryl gone, there is a lot of focus on Dwight and where he truly stands with Negan. 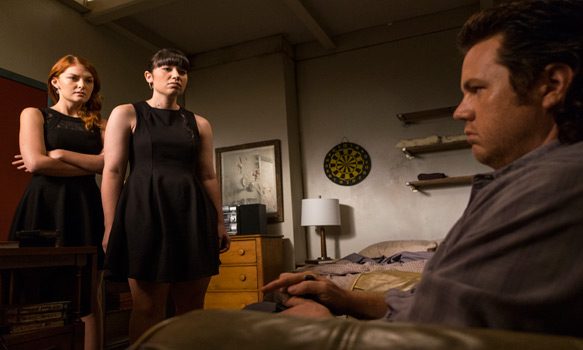 After taking Eugene back to The Sanctuary in the mid-season finale Hearts Still Beating, his introduction is much different, if not the complete opposite of Daryl’s. Negan immediately recognizes the skill sets Eugene possesses, and wants to use them for his advantage. Instead of a cell, he gets his own room, equipped with books, food, and video games. He is free to roam the grounds on his own, and can cut lines for various supplies at his leisure.

Upon his return, word of Daryl’s escape reaches Negan, and Dwight is immediately punished and thrown in a cell. He soon learns that his wife Sherry is missing, which raises a few questions from Negan. Promising to set things right, Dwight sets out to look for her, already knowing where to stop first. His find is a disappointment, both to him and for a few of those back at The Sanctuary.

Eugene’s arrival to The Sanctuary came full circle for Dwight and Dr. Carson (Tim Parati), a domino effect of events that displayed how expendable everyone is, despite how high in rank someone may be. Negan taking a liking to Eugene is an odd turn of events, an unfortunate thing for Dr. Carson, but one could not help but notice the smile on his face after Negan rewards him an evening with a few of his wives, Frankie (Elyse Dufour), Tanya (Chloe Aktas), and Amber (Autumn Dial). He does his best to show the ladies a good time, a hilariously awkward nerdy evening to say the least. 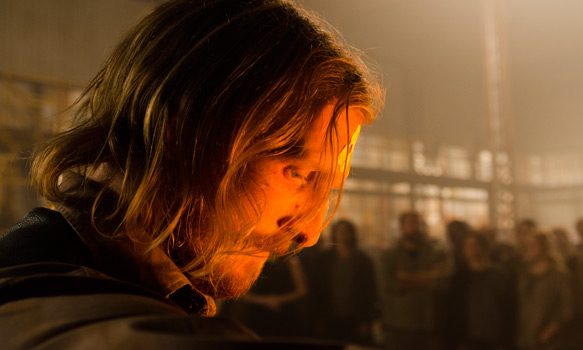 Although Dwight is not a fan-favorite due to his recent actions, for some, Sherry’s leaving him was still heartbreaking. Blaming herself for the person he has become, it is understandable the couple did what they did to survive, and it is possible they would have ended up under Negan’s thumb or bat anyway if they chose differently. The only thing either of them can do now is move forward, both of them dead to the other, at least for now.

Due to the charming nature that is Negan, it is expected his “wives” are not happy with their current situations, especially Amber, who recently watched her husband burned with the iron in the episode Sing Me A Song. It is not really surprising that Tanya and Frankie would develop a plan to rid everyone of Negan, asking Eugene for help. His refusal, however, raises some eyebrows, his next move a mystery as he currently wears the mental “Negan” name tag like the rest.

Directed by Kari Skogland, Hostiles and Calamities was not without important content, although most fans agree it moved at a snail’s pace. Regardless, this chapter of Season 7 does raise a few questions that will hopefully be answered sooner than later. For example, the whereabouts of Sherry, what Negan’s wives plan to do next, and whether or not Eugene is truly working under Negan. The repetitive question “Who are you?” is certainly an interesting one, not only for the obvious characters in this episode, but for others as well, strongly looking toward Carol and Morgan, an interesting poke at who they choose to be at the current moment.

Still the calm before the storm, it has been a slowly developing storyline for the second half thus far, but not pointless. While the group gets ready for a fight, it is possible Rick can get help from inside The Sanctuary, helping to cripple Negan, and defeat him once and for all. Until then, fans can only hope for some action as they wait for the next episode, titled Say Yes, premiering Sunday, March 5th, 8/9c. Until then, CrypticRock gives Hostiles and Calamities 3.5 out of 5 stars. 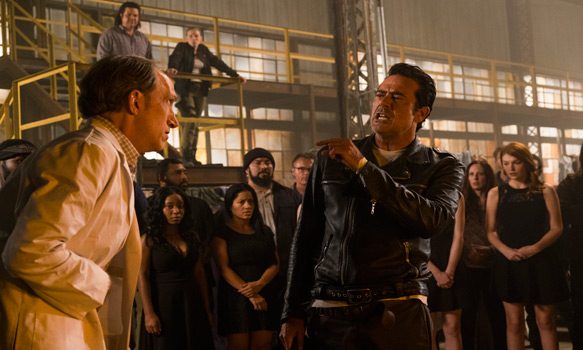