In the eighth season of AMC’s The Walking Dead, the war continues on in the third episode Monsters. Having premiered on Sunday, November 5, 2017, our characters gain a little more ground on Negan’s army, but not without loss. Not everything goes according to plan, and the reality of their situation is sinking in more and more on every angle. Progress has been made, but there is still a lot to do to win this war, and it will be interesting to see how this changes everyone involved. 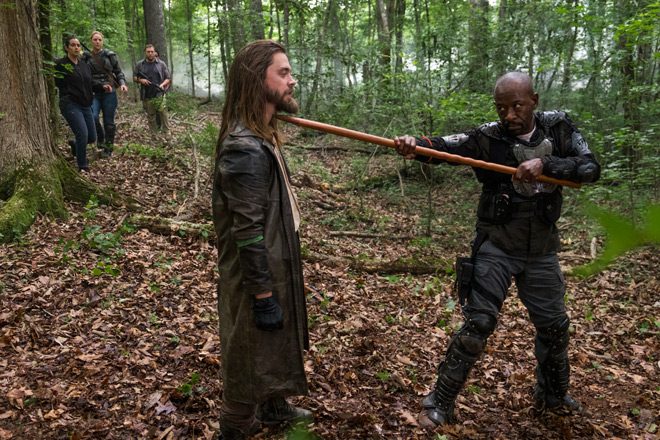 The ranks push on their missions, King Ezekiel to a strong start, not losing one life on his team as they strategically await The Saviors who are coming for them. Using the element of surprise works on their behalf, but this luck eventually runs out, Ezekiel noticing a little too late.

Meanwhile, on the way to the Hilltop, Jesus and Morgan continue to disagree on how to handle The Saviors who are currently in their custody. Then when they are ambushed by a small herd of walkers, a few Saviors make a run for it into the woods, but do not make it very far, Morgan right behind them. Jesus attempts to stop him from killing them all, leading to a physical altercation that pushes Morgan to go off on his own, not wanting to be a part of the situation any longer.

In other parts, Rick’s “reunion” with Morales is cut short when Daryl takes him out without any hesitation. Together, Rick and Daryl fight their way out of the base, eventually getting help from Aaron and his crew. Learning from a Savior that the guns were recently moved, they set out on a new destination in hopes he was telling the truth. 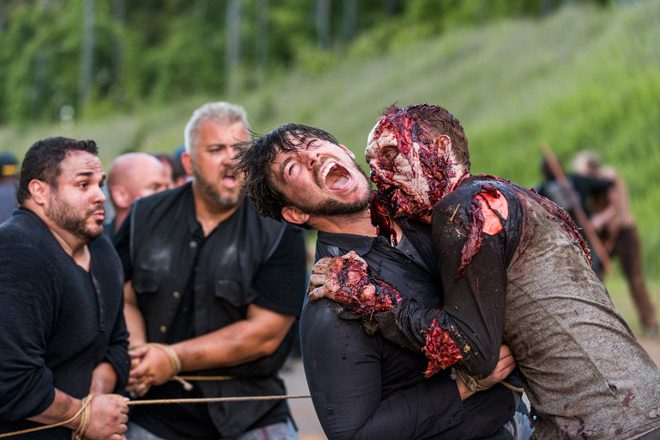 So what do we take away from the latest installment in The Walking Dead? For starts, although he means well, it appears that Jesus still stands alone on his attempt to find peace after the war is over while Maggie is having her doubts on keeping the hostages at the Hilltop. Just a few moments prior, Gregory found his way back, surely to be a thorn in Maggie’s side. There is no telling what he will do to reclaim his former leadership, or if he will accept the fact that Maggie is now in charge. Either way, it will be interesting to see how this situation pans out, especially when more find out Jesus’ plan and who will agree.

Rick’s running into Morales at the end of The Damned was a huge surprise for fans. Not seen since season one in the episode Wildfire, the question on this character’s whereabouts is finally answered. His moment with Rick was brief, but not without making an impact, and also forcing Rick to notice how ruthless Daryl has become. These actions may deem necessary, but how far will Daryl go?

Furthermore, Morgan dipping back into his trauma is frightening, especially after making so much progress in the past. If fans remember, Morgan told his tale to a Wolf (Benedict Samuel) he held captive back in seasons six during the episode Here’s Not Here, having a similar plan to what Jesus is pleading now. That said, the choreography of their fight scene was impressive between Morgan and Jesus with each mirroring the other in an intense but exciting fashion. Now going off on his own, is Morgan going to “clear” more Saviors himself? Or is he going to remove himself completely for the sake of his sanity? 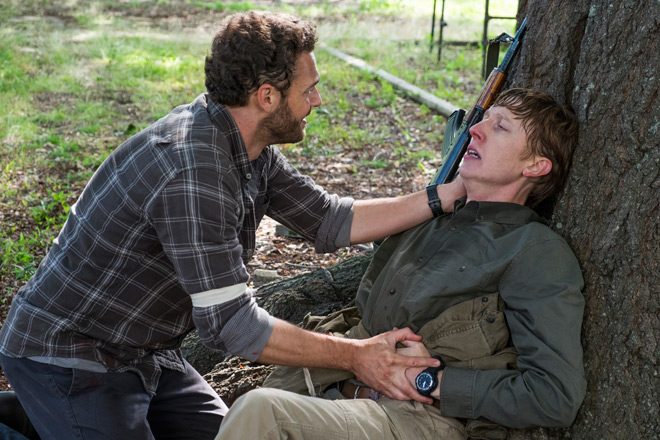 In regards to the heartbreak, Aaron losing Eric was truly sad while the writers gave them more of a moment than that which happened in the comics. With just a brief script, the two display their history in a heartfelt scene during their final moments together, offering a beautiful performance by Ross Marquand and Jordan Woods-Robinson. Additionally, it was interesting that Aaron would volunteer to take Gracie, the infant that Rick found at the post back to the Hilltop with him. Is it a new mission to distract from his recent loss? Perhaps, but it could also be a way for him to cope under the balance of new life and death.

Only three episodes in, so much has happened, but Rick is nowhere near winning the war against Negan and The Saviors. The other ranks are pushing along against The Saviors, but they just keep coming, the numbers truly unknown. It is very possible Negan has a strategy up his sleeve and there is some truth to Gregory’s words when he was pleading with Maggie to let him back into the Hilltop. The whereabouts of the garbage crew are still unknown, which should raise some concern, but fans will just have to wait and see what happens as the seasons progresses. Catch the action on Sunday, November 12th with Some Guy. Until then, CrypticRock gives Monsters 3 out of 5 stars. 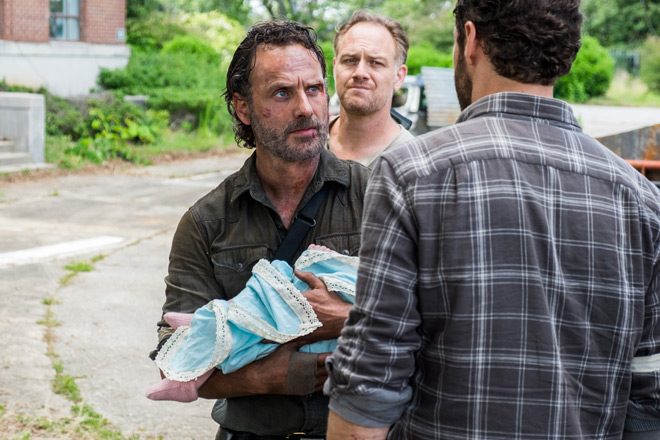