The Walking Dead – Preparing For War With Season 7

As Season 7 of AMC’s The Walking Dead came to a close, fans were left more hopeful for the main characters, and yes, the war everyone has been waiting for has finally arrived. A long haul to this point, clearly that story is getting its own chapter, as everyone is now forced to wait until October for the premiere of Season 8. Initially airing the season finale on Sunday, April 2nd, at 8/9c, The First Day of the Rest of Your Lives showed the threads finally beginning to come together, leaving hopes that next season is bigger, badder, and more intense than ever before.

Making the ultimate sacrifice, Sasha reminisces her last moments with Abraham as she plays her own part on the fight against Negan.  Faced with impending doom, Sasha boldly shocked the world as she disrupted Negan’s plans to use her against Rick, her final moments bringing her peace and her friends a fighting chance. Already aware of the move against him, it raises the question of who tipped off Negan, the number one suspect being Gregory, who is absent from The Hilltop. 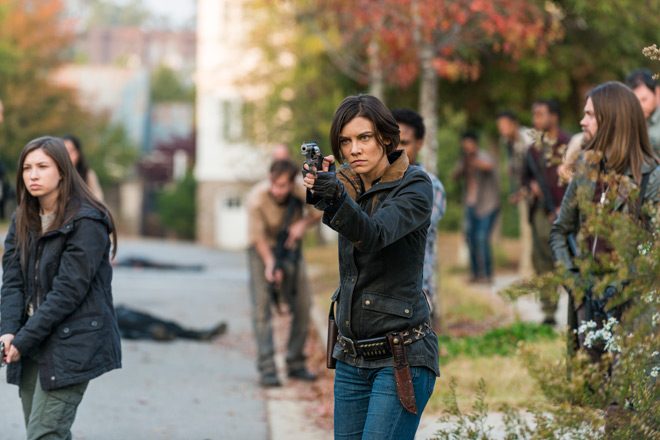 In the attempt to make a deal with Rick, Dwight reminds Daryl of the man he met in the forest, his reasons harsh, but not without meaning. Daryl chooses to trust his word, although keeping him on a short leash. When push finally came to shove, there are unexpected actions from both sides, sparking what is sure to be a long and difficult war.

The season finale aside, throughout Season 7, Negan and his Saviors have became a serious thorn in everyone’s sides, every sub-group a terrible reflection of what The Sanctuary represents. Now that most of the other camps are on board, Rick and his family have a chance, creating much anticipation for what comes next. That in mind, the wait for October will be torturous for some, as the writers continue to test emotions of the most devoted fans, while losing some others.

Furthermore, what was most uniquely appealing about The First Day of the Rest of Your Lives was the continuance of honoring Glenn and Abraham. Thankfully, Maggie and Sasha play vital roles in poking some revenge against Negan with Maggie training and leading a small army and Sasha using the element of surprise, bookending the demise of the two beloved characters. In addition, the fact that Negan has genuine interest in both women really brings these characters full circle, making this small win that much sweeter. Unfortunately, Negan is not out of the picture just yet, but it is a start, and with Dwight and Eugene crossing corners, it should make things that much more interesting in Season 8. 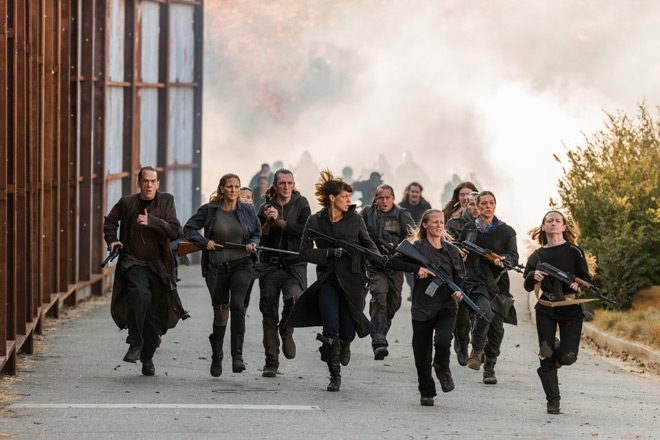 While delivering expectations for those who read the comics, The First Day of the Rest of Your Lives also had its surprises, but mainly focused on moments to uplift morale. A perfect end to a brutal beginning, Sasha’s memories of Abraham were truly heartfelt, their last moments together meaningful and sad at the same time. Maggie’s words at the end of the episode are definitely worth listening to more than once, jogging fans’ memories back to where it all began. Even words from King Ezekiel to a damaged Morgan were powerful enough to strike some sense into him, turning his attention to the situation at hand.

As usual, there are still many questions to ponder as fans embrace next season. Gregory’s intentions for leaving The Hilltop is still unknown, as well as the whereabouts of Heath. Now that he has been shaken up a bit, curiosity peaks as to what Negan’s next strategy will be seeing he had upper hand for quite some time. It seems he truly has Eugene on his side, and it raises the question, what he would do if Dwight’s intentions are discovered?

Although many would agree that Season 7 was a bit on the slow side, it was not without necessary build up. The war that is coming is expected to be brutal, involving a massive amount of people. Most of these characters play vital roles on how this story came together, as well as moving it along to its end. Dialogue and character development may not be favored, but it is necessary. Even in history, most people remember the battles, but not the details that provoked them. The lowest rated season finale since 2012’s season 2 episode Beside the Dying Fire, love it or leave it, The Walking Dead is evolving into something much greater than it ever was, but who is willing to wait and see? Until October, CrypticRock gives season 7 of The Walking Dead 4 out of 5 stars. 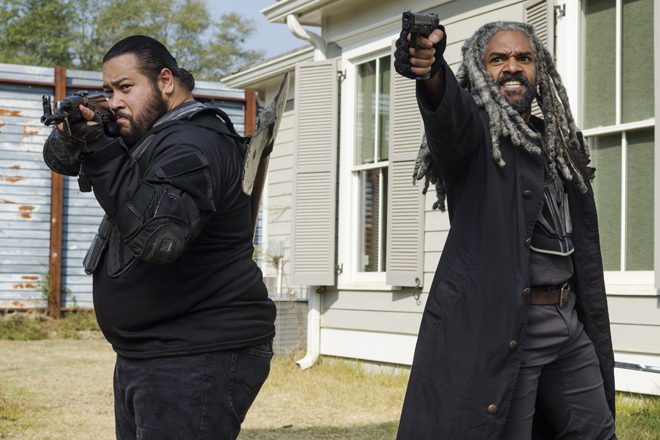