The Walking Dead – Time for After (Season 8/ Episode 7 Review)

Having premiered on Sunday, December 3rd, AMC’s The Walking Dead’s episode Time For After challenged Eugene, forcing him to face where he stands on the war between Rick and Negan. While he deals with the politics within the Sanctuary, Rick adamantly asks Jadis and her crew to join him, a difficult feat he finally conquers, at least for now. Giving in to their urges, Daryl and Tara attack The Sanctuary early, a move that looks to do more harm than good. 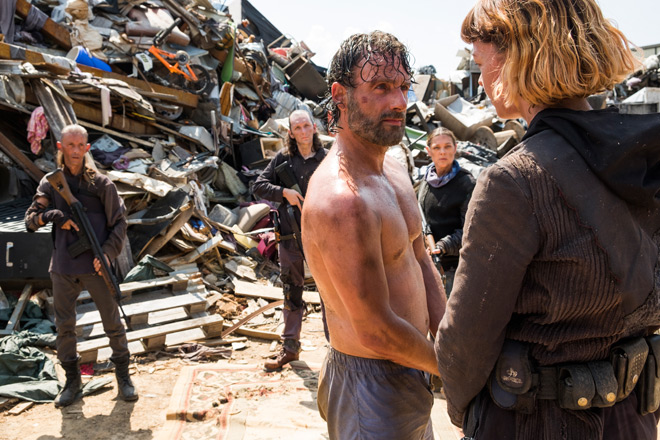 A somber tone throughout, Time For After revolves mainly around Eugene and his dealings within the Sanctuary. Since his arrival, Negan feeds into his insecurities, making him an important asset, a role he has gotten quite comfortable with. Figuring out that Dwight is working with his former companions, he confronts him, and both ask each other to stand down.

Things get intense later on when Eugene attempts to lure the walkers away with a drone playing music. Catching him in the act, Dwight threatens him at gunpoint, eventually shooting the drone as opposed to Eugene.

Despite pleas from Dwight, Father Gabriel, and one of Negan’s wives, Tanya (Chloe Aktas: Mutt 2016, Lore 2017), Negan’s influence still shines through in Eugene. Why? Simple, he selfishly wants to keep his title as a lieutenant Savior. His decision is pushed even more so when Daryl, Tara, and Morgan pull a rogue move and attack The Sanctuary.

Frightened, Eugene seeing it as a reckless move on his “former traveling companions” part, Eugene goes as far as to try and come up with a plan to rid the camp of the walkers. Furthermore, he even almost rats out Dwight, but decides against it for the time being.

Meanwhile, held hostage at the garbage dump, Jadis and her crew attempt to kill Rick with a walker, armored with a makeshift helmet. Determined to accomplish his mission, they barely stand a chance against Rick, who easily overpowers them, forcing Jadis and the others to stand down. Finally giving in to his threats, Jadis agrees to join, and heads to The Sanctuary with him to see for herself that Negan and the Saviors are trapped. This is unfortunately after Daryl and Tara attack, a much different scene than Rick expected, raising fear and suspicion. 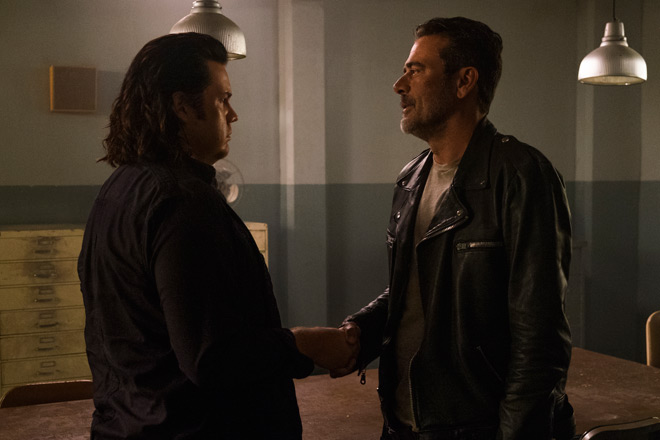 There are many angles of determination, all revolving around survival and defeating the enemy. This has clearly become a grey area to Eugene. Always a coward and useless with his old group, he now ironically is praised by Negan. Allowing his own fears take over him, Eugene seemed to forget that Negan is the same man who bashed his best friend’s head in when they first met, yet joins him without much hesitation. Even the recent memory of losing Sasha is not enough to persuade him to help Rick.

Daryl of course is the complete opposite, still haunted by his stay as a hostage, tormented by Dwight himself, under the thumb of Negan. It raises the question on what Dwight and Eugene plan to do about each other, now knowing where the other stands. Then there is Morgan. After leaving Jesus and his group, Morgan has found his place away from people, but still very much involved with the war against the Saviors. His perch is a clear throwback to the first season, taking out walkers with a sniper save for one, his late wife, the very act that induced his trauma in the first place.

Very much a tension building episode, Rick finally accomplishing a much needed goal of getting Jadis and the other scavengers to join them. Although, there could be a huge setback, now that the walkers are no longer surrounding The Sanctuary. The closing scene of the episode, it naturally puts a big damper on the plan that Rick set in motion, and it may be impossible to adjust the situation to his advantage, even with The Heapsters now on his side. The look on Rick’s face was very similar to when he and Negan first met, and at this point, it does not look good for the Alexandrians and the rest of the camps. 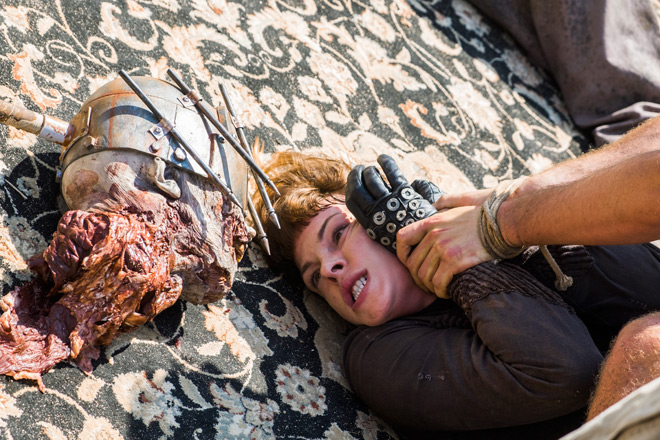 Although everyone had good intentions, their actions are proving to leave them in a worse situation than before. How will it all turn out? Setting the stage for the 90 minute mid-season finale, How It’s Gotta Be, premiering on Sunday, December 10th, a reveal already shows Negan free of the Sanctuary and at Alexandria’s doorstep, clearly not at all part of the plan. Daryl, Tara, and Morgan have to eventually answer to Rick and the others if they even survive this charade. Also, let us not forget the Saviors who are still alive within the Hilltop in Jesus’ attempt to save people that could do more harm than good.

All in all, Eugene is convincing himself he is saving people, but what does that mean for him if Rick actually wins this war? Chances are he will not be accepted back with open arms, and he will not get his way if Dwight has anything to say about it. Will he rat him out to Negan to save his own hide? If Negan gets inside Alexandria, will anyone else answer to Lucille? Sure to be exciting, the much anticipated mid-season finale could not come a moment too soon! Until then, CrypticRock gives Time For After 3.5 out of 5 stars. 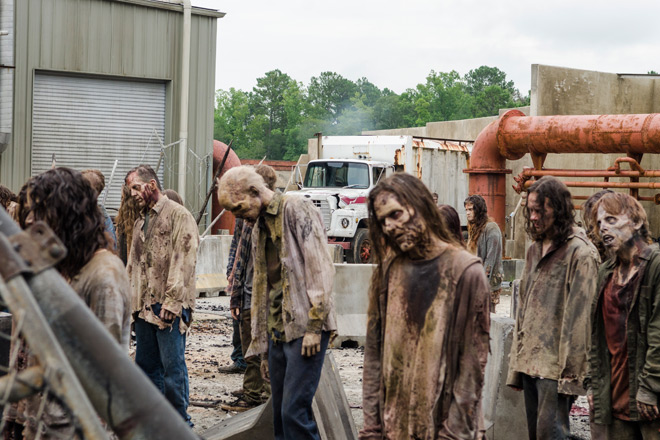