Matt Bomer stars in the new Survivalist Adventure film Walking Out, debuting on October, 6, 2017 on VOD and in theaters thanks to IFC Films.

In the rugged wilderness of Montana, the landscape is equal parts daunting and breathtaking. Here, fourteen-year-old Texas native David – portrayed by the young Josh Wiggins (Max 2015, Lost in the Sun 2016) – comes to spend time with his somewhat estranged father. Dad Cal – portrayed by the superbly talented aforementioned Matt Bomer (White Collar series, The Magnificent Seven 2016) – is a well-learned hunter who lives off the land that he lovingly calls home. 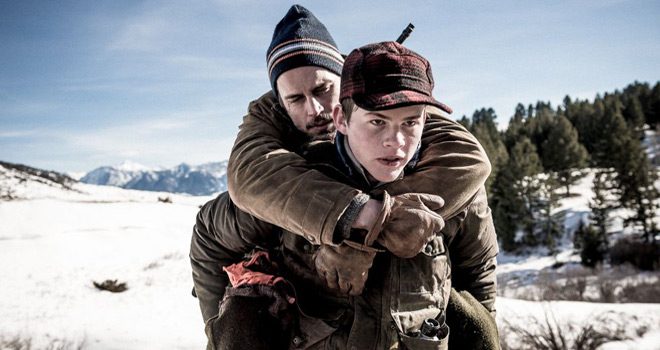 As the pair attempt to reacquaint themselves with one another after so much time apart, Cal tries to impress his son with tales of stalking a bull moose way up in the mountains for the past two weeks. Clearly gun-shy, David is not yet convinced that hunting is for him. Forced to trek out into the wilderness with dad – on the pursuit for this elusive moose that could provide enough meat to last the entire winter – he will quickly learn about hunting calls, finding the lay of the land, and how to distinguish your prey by its footprints.

While they wander the harsh, wintery landscape, Cal attempts to bond with his son by flashing back to his own fourteenth year, when he killed his first moose. Through tales of Young Cal (Alex Neustaedter: Ithaca 2015, Colony series) and the exploits of Grandpa Clyde’s (Bill Pullman: Independence Day 1996, The Equalizer 2014), dad attempts to forge a common ground with his son while hiking through the dense snow in these remote reaches. When a series of tragic events leaves the pair bloody and fighting to survive, father and son will have to rely on one another for physical and emotional support in the face of an epic battle against nature herself. 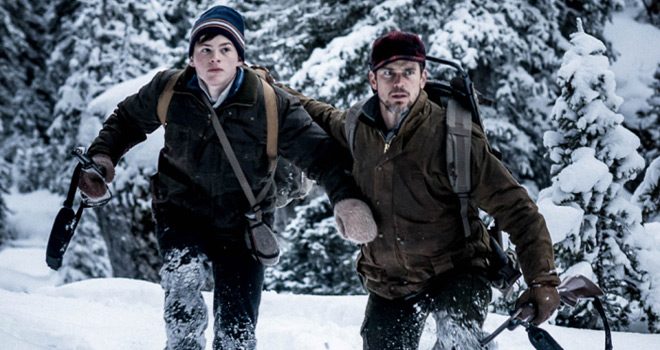 Based on the short story of the same name by David Quammen, Walking Out was written and directed by twin brothers Alex and Andrew J. Smith (The Slaughter Rule 2002, Winter in the Blood 2013). Clocking in at 96 minutes, the film is a Survivalist Adventure with strong dramatic elements throughout; tackling themes of survival as well as heavy emotional topics like father and son relationships, and, to a slight degree, coming-of-age. This is also a film that deals heavily in the topic of hunting, though a clear delineation is made as to what constitutes a true “hunter”: he or she is, we learn, someone who ends a life only to take the animal’s meat; those that take lives for entertainment or out of fear are merely killers.

Considering that the success of Walking Out rests heavily on the shoulders of two actors – Bomer and Wiggins – this is a superb triumph for minimalism. Bomer, as Cal, is talented as always in depicting a man who has lived away from civilization for some time; so in touch with nature that he struggles to relate to his young son. Meanwhile Wiggins, as David, is the perfect example of a young actor who – while literally taking weight on his shoulders – propels an entire film forward with his flawless talent. It can’t be easy to freeze your buns off in the wilderness while carrying another actor around on your back, but Wiggins does it with style. 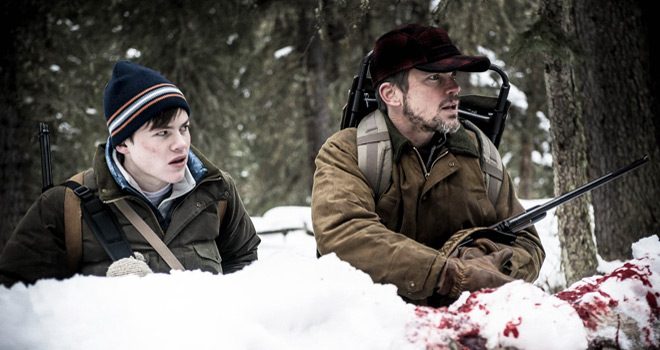 Actually filmed on location in Montana – near the cities of Livingston and Bozeman – the gorgeous scenery throughout Walking Out comes thanks to Big Sky Country herself. The beautifully orchestrated music for the film – thanks to Ernst Reijseger – complements the natural scenery marvelously and adds a pitch-perfect element to an already impressive film. Superbly done and with a stellar ensemble cast, Walking Out is a film that transcends its limited boundaries and rises toward something much greater than mere survival! A testament to what we will endure to save the ones we love most, a curious commentary on hunting, and a visual Montana eye-gasm, Walking Out is a must see. For these reasons, CrypticRock give Walking Out 5 of 5 stars. 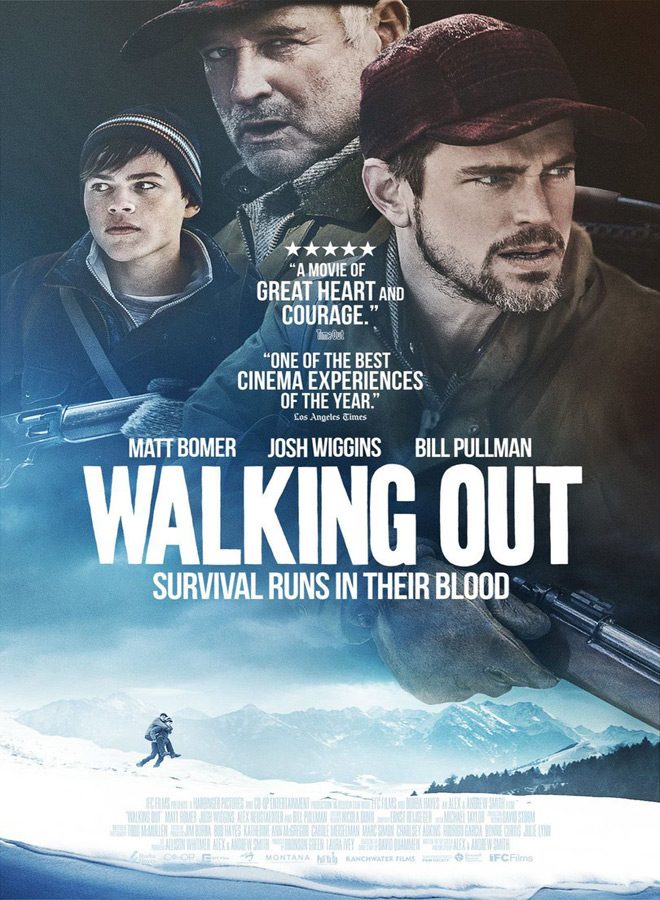