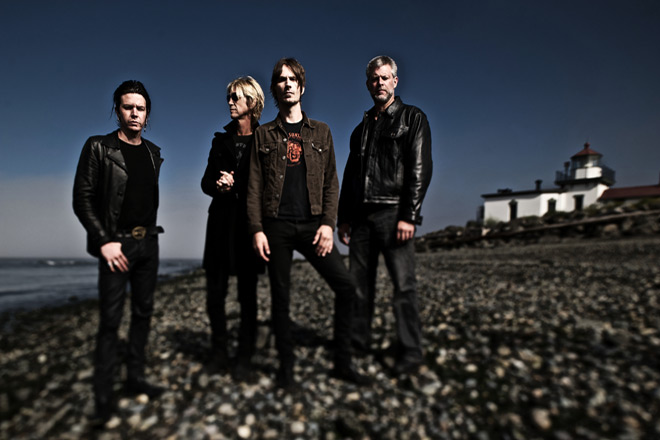 Formed back in 2012, for those who may not know, Walking Papers consists of some famous faces, current including Frontman Jefferson Angell, of Missionary Position and Post Stardom Depression; Barrett Martin, the drummer who first rose to prominence with Seattle legends Screaming Trees; Benjamin Anderson of Missionary Position,who provides keys/vocals; as well as Guns N’ Roses’ Duff McKagan, the hardest-working and most recognizable bassist in Rock-n-Roll.

A long overdue return, while their 2013 self-titled debut album relied heavily on Blues-oriented riffs and Angell’s catchy lyrics, WP2 has evolved into a heavier, yet still very listenable affair. Angell is a gifted singer and guitarist with a lot to say and hot licks for days. That in mind, it is astounding to think WP2 has been put on the back burner as long as it has. Why you may ask? Well, unfortunately the members involved in Walking Papers became busy with other obligations for a while, the most obvious is McKagan rejoining Guns N’ Roses and touring the world. Now, after much patience, their sophomore effort is finally here.

Consisting of 13 brand new songs, the album opens with “My Luck Pushed Back,” a driving ballad with a crunchy guitar lead and a rhythm section that demands attention from the start. The second track, “Death on the Lips,” is another scorcher. Here Anderson’s keyboards are given a prominent role in the lead in, a stunning accomplishment considering just how hard the guitar and bass are hitting. Once again, Angell’s clever lyrics are prominent. With lines like “they suck on cigarettes like cancer doesn’t exist,” Angell’s observations are simultaneously perceptive and poignant.

The rest of the first half of the album reveals Walking Papers’ range. For example, “Red & White” is a bluesy, moody affair that tells a sad story. “Somebody Else” turns the tempo back up to 11 and features Angell’s clever songwriting. Furthermore, “Look Away” rocks your ears off without ever stopping to take a breath.

The second half of WP2 continues in the same hard-rocking style. Highlights include “Before You Arrived,” another opportunity for Anderson to shine on the keyboard, as well as “This is How It Ends” with an interesting storyline while giving McKagan the spotlight.

The album closes strong, with four songs that would be enough for many bands to build a whole album around. “I Know You’re Lying” sees Walking Papers return to their Blues Rock roots. Additionally, the hook “I know that you’re lying I just can’t tell/If it’s when you say you love me or when you say I wish you’d go to hell” is another example of Angell’s deft lyrical hand. Then there is the catchy story of “Into the Truth” about the perils of Rock-n-Roll decadence. This is while “King Hooker” writhes and jangles as it describes the life of a street pimp.

The finale, “Right in Front of Me,” is a brooding, nearly 8-minute Blues song about the slow realization of a truth that has been obvious all along. Not to give anything away, but the track is a culmination of themes present throughout the album, and a fitting close to the record. With the big realization made, the album fades out slowly to silence.

Overall, WP2 is a fitting follow up to Walking Papers’ debut album. It took a long time to come together, due especially to McKagan’s aforementioned obligations to Guns N’ Roses, but the wait was rewarded with an extremely listenable album that features four players who work together wonderfully.

Angell’s guitar skill and songwriting aptitude have not gotten as much credit as they deserve. This album makes it clear that he is quite a talent and Hard Rock music fans would do well to listen. For these reasons, CrypticRock give WP2 4.5 of 5 stars. 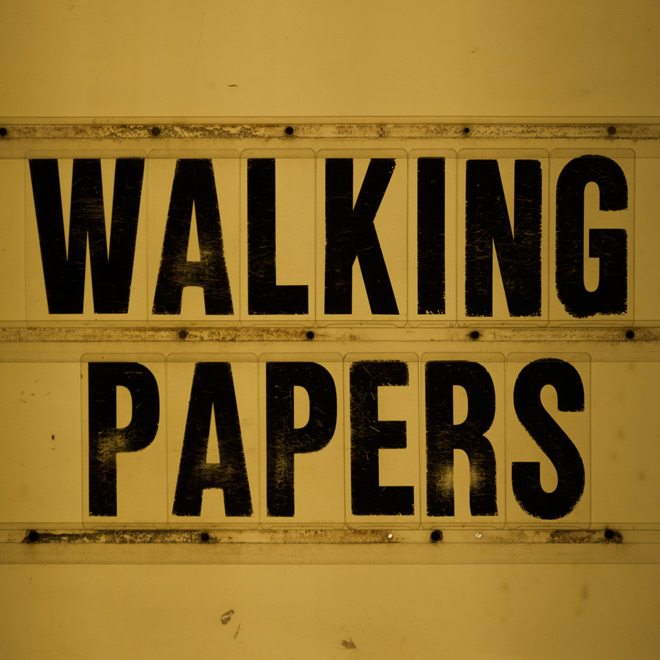