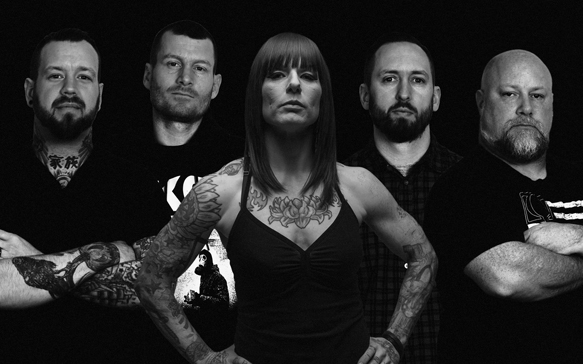 It has been quite some time since Detroit-based band Walls of Jericho have released a studio album. In fact, the last time was 2008’s The American Dream, an album which was well-received by fans for its aggressive feel and heaviness. Originally come together back in 1998, the band built a strong name, but sometimes a little time off does one good. As a result, the band members took on various side projects, and Vocalist Candace Kucsulain even started a family. Then, to many’s surprise, rumblings came about when word came down Walls of Jericho would return with a new album as recent of 2015. So how does their newest endeavor stack up after a lengthy hiatus from the studio? Fans will be happy to know that Walls of Jericho have not missed a beat in that time and are back in top form with 2016’s Napalm Records release, No One Can Save You From Yourself.

Though often labeled as a Metalcore band, Walls of Jericho always felt more like a Hardcore band, mainly because they forgo the melodic Gothenburg-esque guitar harmonies in favor of pulse-pounding, low string punch, and some of the heaviest breakdowns around. On No One Can Save You From Yourself, they maintain that style, and it is possibly their heaviest work to date. The album begins with an intro track that has an air raid siren and an emergency broadcast, letting the audience know that the President has declared martial law, setting the tone for the rest of the album’s theme. This leads right into the first track, “Illusion of Safety,” which is an excellent opener. Heavy and precise, the chugging guitars are accompanied by a rolling double bass and Kucsulain’s thrashy vocals for a great introduction, or re-introduction. Think early Fear Factory with less notes but the same precision. Like the majority of their songs, it does not last very long, about three minutes, but Walls of Jericho is a band who has always known how to maximize their time.

Next up is the title track, “No One Can Save You From Yourself,” which jumps right into a faster tempo with some pretty slamming drums, all held up by the classic Thrash-inspired guitars they are known for. Ending with one of their signature breakdowns, this song is another solid piece that keeps things flowing nicely. At this point listeners will start to get into the heart of the album. That comes with “Forever Militant,” which is a strong title for a strong song. Here, Walls of Jericho really gets rolling with their aggressive groove and it is one of the best drum tracks on the album. Next up is probably the most commercial friendly song offered and it is “Fight the Good Fight.” Kucsulain shows off some range here to accompany the chorus, which is more pulled back from the crunch of most others before the cut finishes with one of the best breakdowns on the album. From there, the band brings on “Cutbird,” which is a track that showcases everything they are about musically, all while being anchored by Kucsulain’s excellent vocals.

More than halfway through the record, the first single, “Relentless,” is nestled in and it is arguably the most flawless piece of them all. Starting with a number of people, men and women, young and older, each saying “I am relentless,” soon it jumps right into a super energetic track that hits the audience with classic Thrash inspired riffs, blasting drums, and loud microphone work all at once in a glorious punch. This is the kind of track that will bring a crowd to its feet instantly and one to really looking forward to seeing them perform live.

From here, the rest of the album coasts very well with the tone set from the first half of it. That is vivid on tracks such as “Damage Done,” “Reign Supreme,” and “Wrapped in Violence,” which deliver the energy that the band is known for, while also seeming especially brutal at times. Then comes “Anthem,” which starts slower but soon explodes into signature Walls of Jericho Thrash that will have any pit working overtime to keep up. Following up strongly with “Beyond The Praise,” the album finishes up with “Probably Will,” an acoustic/piano track that works well as a way to ease the listener down after the ceaseless pounding their ears just received. In addition, it is also a way for Kucsulain to show off more of her diverse vocal range.

Overall, No One Can Save You From Yourself is a rather impressive outing for Walls of Jericho, especially considering they have been away from making a studio album as a band for so long. They deliver exactly what fans would expect, and they do it very well. Heavy, infectious energy, intensity, and a power groove that they nail a lot better than many bands who try. With that said, Walls of Jericho are as consistent as they come, and really should be seen live to truly experience what they bring to the table. In lieu of that, this new offering is recommend for any fans of Hardcore or Metalcore who have not gotten into them just yet. Keep an eye out for their touring schedule, but remember to bring those dancing shoes because odds are most will not standing still for a moment. CrypticRock gives No One Can Save You From Yourself 4 out of 5 stars. 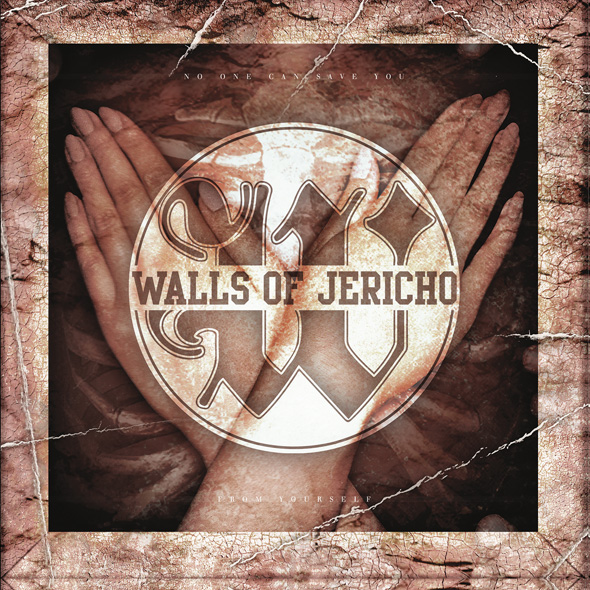 Album review, Candace Kucsulain, Napalm Records, No One Save You From Yourself, Walls of Jericho
Print page
0 Likes