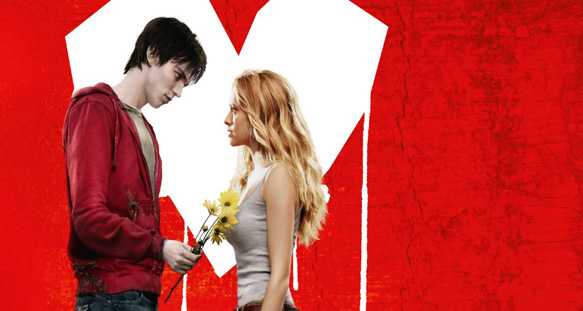 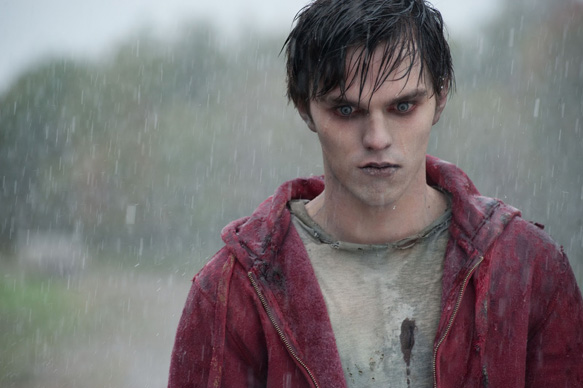 In 2013 the world was given an entirely different take on the undead with the film Warm Bodies. Based on Issac Marion’s novel of the same name, the film is directed by Jonathan Levine and stars Nicholas Hoult (Jack The Giant Slayer 2013), Teresa Palmer (I Am Number Four 2011), Analeigh Tipton (Damsels in Distress 2012), David Franco (21 Jump Street 2012) and John Malkovich (In The Line Of Fire 1993). The plot centers on a highly unusual zombie saving a still-living girl from an attack. The two form a relationship that sets in motion events that might transform the entire lifeless world.

The story begins in a post-apocalyptic world, narrated by a zombie who goes by the name R (Hoult). Set in an abandoned airport, R explains that zombies have “almost” personalities and have “almost” conversations which involve grunting at each other to communicate. Eventually, these zombies decay completely down to their bones, and become known simply as Boneys. Throughout the movie it becomes clear that the Boneys are the enemy and real threat. 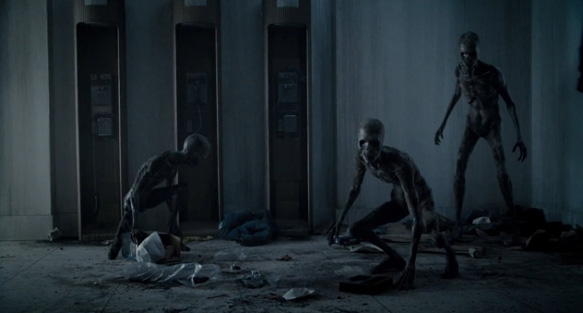 Across town humans have built their own sanctuary, which is run like a military operation. They send a small group to the airport to gain supplies and among them is a couple named Julie (Palmer) and Perry (Franco). The group gets attacked by a horde of zombies, and Perry is quickly killed by R. It’s at this moment when R lays his dead eyes on Julie, and instantly falls in love with her. With Perry’s brains in his pocket, R saves Julie and hides her in a plane in the middle of the runway, which also happens to be his home.

After a few days in captivity Julie makes her escape back home. This is when R follows her, leading us into a mocking of the classic balcony scene from Shakespeare’s Romeo and Juliet. Soon after that R begins to experience changes and his body literally coming back to life. This phenomenon spreads like a virus to the other zombies to which the Boneys unpleasantly catch on, and try to stop it from happening. 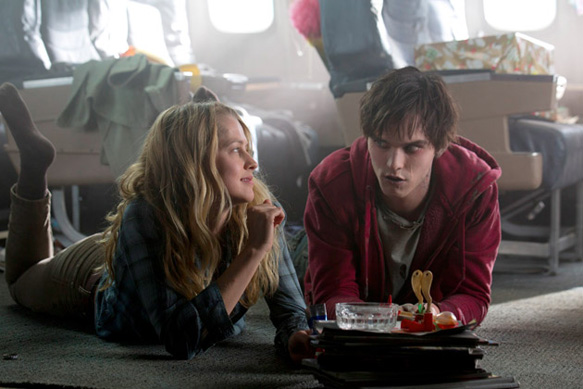 Warm Bodies focuses more on the romance, as opposed to the horrors of living in a zombified post-apocalyptic world. The zombies represent a much more glamorous 21st century vision, much like the vampires we’ve seen in the Twilight film series. With some red eye shadow, purple lipstick, and viola music, a zombie is born! It’s quite honestly a ridiculous depiction of the undead, followed by a bizarre twist with them just sparking back to life out of nowhere, which no explanation is given in the story. The Boneys are of course provided by CGI rather than practical effects, displaying a cartoon quality which renders them not scary or threatening in any way to the viewers. If there is anything good to say about Warm Bodies at all, it is at least Levine followed Marion’s novel almost down to the letter. In hindsight, it’s safe to say there was no other way to present this story on the big screen. CrypticRock give Warm Bodies 1 out of 5 stars. 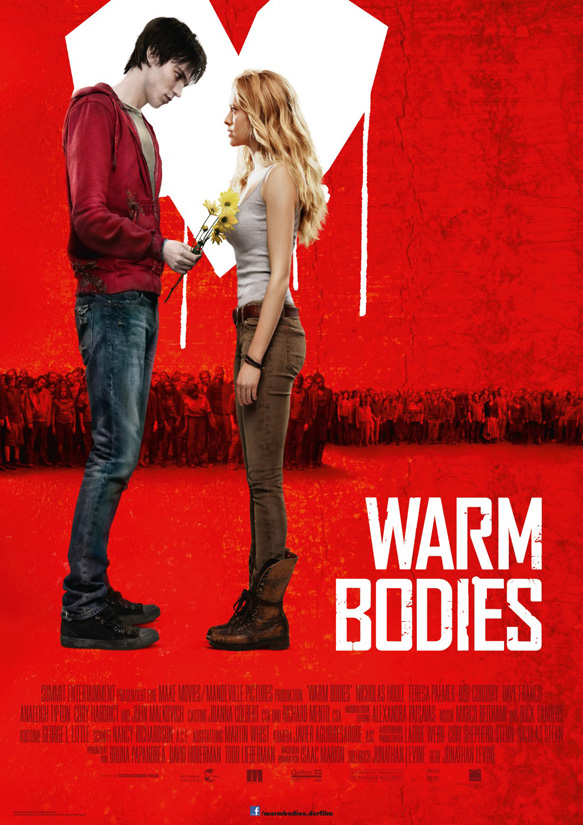