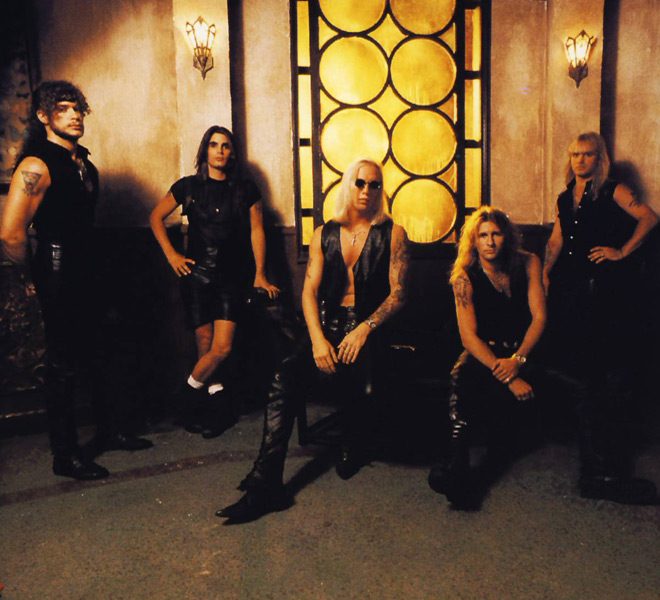 Back on Tuesday, August 25, 1992, Warrant released their third full-length studio album, Dog Eat Dog. A brash and bold departure from their formerly fluffy sound, the album would mark a decided turning point in the Sunset Strip band’s career.

Their massive hit, the ballad “Heaven” (off the former album), reached No. 1 in Rolling Stone’s albums chart and No. 2 on Billboard’s Hot 100, while their splashy video for the innuendo-stuffed “Cherry Pie” made its lead actress, Bobbie Brown, an international sensation. Then came the Seattle invasion – unwittingly spearheaded by bands like Nirvana and Pearl Jam – and the musical tide turned to red.

Suffering under the weight of being known as “The Cherry Pie Band,” Warrant went into the studio to record their third album seemingly with much to prove. Many critics and music fans had written them off as just another fluffy Hair Band, though there was a depth that few allowed themselves to see.

Expanding off some of their heavier, previous material – like “Uncle Tom’s Cabin,” “Mr. Rainmaker,” and “Song & Dance Man” off Cherry Pie – Lane and his troops ultimately decided to evolve in a direction that would divide fans. Purists wanted Cherry Pie 2 but what they got was a brash new Warrant with a vulgar display of Metal that remained undeniably catchy and infectious and yet embraced the band’s ballsier side.

Dog Eat Dog explored a darker world than the band’s previous material. This was a band who were known for tracks like “So Damn Pretty (Should Be Against the Law),” “Sure Feels Good to Me,” and, of course, that “Cherry Pie” track. On their junior release, the group turned away from the tits and ass party, exploring topics that ranged from a bleak, post-apocalyptic future (“April 2031”) to a bittersweet, semi-operatic power ballad about the dichotomies inherent in love (“The Bitter Pill”). There would, of course, be some voyeurism (“The Hole In My Wall”), as well as sex and tattoos (“Machine Gun”) for good measure.

Lyrically, the band’s songwriter, Jani Lane, would go out into left-field to explore creepy super-fans who just want their 15 minutes of fame (“Andy Warhol Was Right”), and, always the consummate storyteller, he would paint an age-old picture with “All My Bridges Are Burning.” Previewed on the band’s epic Blood, Sweat & Bears Tour, “Inside Out” was dangerously heavy but no real shock to any die-hard fans, while “Quicksand” served as a good bridge between the old and new material, a dagger to the heart of a relationship suffering under the sweltering insecurity of one party. Stylistically and lyrically, there would be a chunk of tracks that remained fairly-true to the characteristic Warrant sound, ranging from the lusty “Bonfire” to “Hollywood (So Far, So Good),” to the beautifully bittersweet ballad “Let It Rain,” and perhaps the album’s most classic-feeling offering, “Sad Theresa.”

Dog Eat Dog would ultimately attain Gold status, as well as become the band’s most critically-acclaimed offering to date. Much like their contemporaries in Skid Row – who had taken a similarly heavy shift with 1991’s Slave To The Grind – Warrant had taken a sidestep into new territory that left fans in a solid divide: some embraced the heavy and welcomed the black-leather clad version of the band, while others waited patiently for the tide to change back toward hairier things.

Whether on purpose or merely by a dose of fate, however, the band would never be quite the same: in the post-Dog Eat Dog world, Jani Lane would end up leaving the band to reportedly pursue a solo career before returning to the fold; returning to record 1995’s Ultraphobic and 1996’s Belly To Belly, Volume 1. Line-up changes would plague the band from the mid-1990s onward, until, sadly, Lane passed away on August 11, 2011, leaving behind an extensive legacy of superb Rock music. The remaining Warrant members – led by band founders Turner and Dixon – continued onward with former Lynch Mob Vocalist Robert Mason at their helm. Their most recent offering, Louder Harder Faster, was released in May 2017 and sees the boys returning to their Hollywood glory days, and yet maintaining a fully modern sound.

Sitting pretty on its twenty-fifth anniversary, Dog Eat Dog stands the test of time as an album that proved that there was so much more to the Cherry Pie guys, and deliciously displayed that they had the balls to be just as heavy as they wanted to be. Still a solid Hard Rock/Heavy Metal offering and truly one of Warrant’s best works, Dog Eat Dog is worth digging out (or downloading!) for that trip down memory lane! 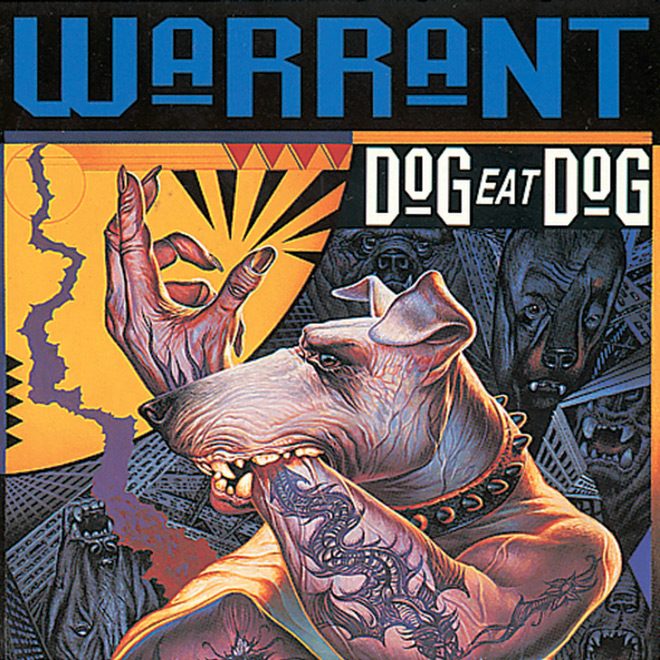