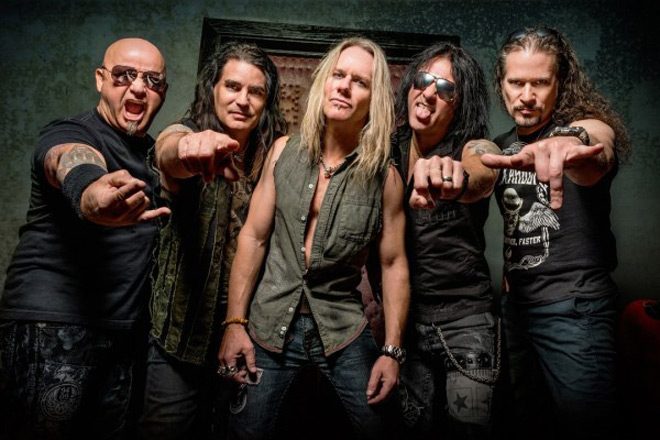 They brought you to “Heaven” in the late ‘80s, they baked you some Cherry Pie in the early ‘90s, and now Warrant want it Louder, Harder, Faster, more, more, more! They beg for you to submit to their wiles on May 12, 2017, via Frontier Records.

Warrant are a band with history. Oh, the delectable history! They began in those lurid Sunset Strip days of yore, back in the ‘80s in California. Formed in 1984 by Guitarist Erik Turner and Bassist Jerry Dixon, Warrant would become known for their white leather ensembles in their massively popular “Heaven” video; that deviously naughty Cherry Pie vixen Bobbie Brown and the accompanying video full of double-entendres; as well as a lengthy career that has, to date, sent them across the globe for the past 33 years and counting. The boys are known for their tongue-in-cheek sense of humor and their vast appreciation for all things sex, drugs and Rock-n-Roll.

There have, of course, been lineup changes. Many of them, in fact. As of today, Warrant is comprised of Vocalist Robert Mason (formerly of Lynch Mob and Cry of Love), lead guitarist Joey Allen, rhythm guitarist Erik Turner, bassist Jerry Dixon, and drummer Steven Sweet. The latter four men were all members of the band’s original ‘80s line-up, along with then-vocalist Jani Lane. (Sadly, Lane passed away abruptly in 2011 and has left behind a gaping hole in the hearts of many.) Regrouped and tighter than ever, Warrant’s tenth studio album (technically their eighth of brand new material), Louder, Harder, Faster, produced by Jeff Pilson (Foreigner, ex-Dokken), presents eleven tracks full of that aged-to-perfection Rock-n-Roll that fans all know and adore. There is sex, attitude and Rock-n-Roll!

The album kicks off with the infectious title-track, “Louder, Harder, Faster,” straight-up, killer Hard Rock with the gang vocals that Warrant have become famous for. Mason’s voice is in stellar form and amps the band’s performance to the next level! They lasciviously saunter into the tale of the “Devil Dancer,” one fine, muy bonita señorita full of lies, who wishes to seduce you with her immense groove and one killer guitar solo by Allen. She is hardly “Perfect,” like a shining star, but she does segue flawlessly into the mid-tempo rocker (“Perfect,” that is) that pays homage to a picture-perfect lover (if such a thing even exists).

Mason echoes his younger, Lynch Mob-era self on the vocals of “Only Broken Heart,” the story of Mary, who is searching for love in a cruel and heartless world full of cheaters. Ballad “U In My Life” is the profession of a ‘beat up boy’ to the woman who stands behind him, the wind beneath his torn and tattered, tattooed wings. “Music Man” follows this up beautifully with an acoustic beginning, and a saucy Southern grit that kicks into heavy-rocking pay dirt. It is followed by the sincere rocking, somewhat Beatles-esque choruses of “Faded.”

“New Rebellion” is the “louder” portion of the album’s title promise, a fast-paced, balls out rocker with serious attitude where Mason considers picking a fight. Before placing our bids on that outcome, however, we must clap along to the story of “Big Sandy,” our booty-call for the evening. Then the story turns toward a sonic Choose Your Own Adventure with Mason’s soaring vocal theatrics on “Choose Your Fate,” a hard rocking, guitar freight train adventure. We end our journey with a poignant reminder that “love is a two way street” on “Let It Go,” a mid-tempo track that discusses the many pitfalls of love and how we must learn to, ahem, let it go when it is not meant to be.

Louder, Harder, Faster does not rewrite the Hard Rock playbook – nor is it literally louder, heavier or even faster – but it does present a finely-tuned, well-oiled machine that is 33-years in-the-making. Warrant sound the best they have in years on this album! The production is flawless, the songs are fun, upbeat Rock, and Mason’s vocals are stellar. Louder, Harder, Faster is the reflection of a band who have worked hard to achieve sonic zen, rocking across the globe and practicing their uniquely fun blend of dirty ‘ole melodic Rock-n-Roll for millions. For these reasons, CrypticRock give Warrant’s Louder, Harder, Faster 4 of 5 stars. 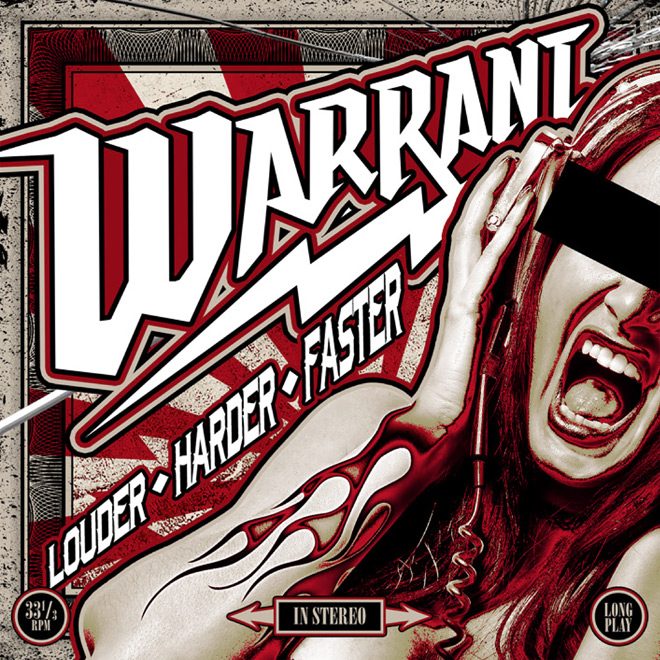