In the tradition of 1980’s Chuck Norris Action movies such as 1986’s Fire Walker, a touch of 2004’s Kung Fu Hustle, and even 1982’s Sword and the Sorcerer, comes new film titled Warrior. Produced by Bruce H. Singman in 2002, but yet to receive a release date, by Palisades Productions, Warrior stars former world surfer Vincent Klyn ( Cyborg 1989, Point Blank 1991), as the main antagonist, Native American Dreadmon. Written by William Lawlor ( L.A. Heat series), and directed by Will Harper (All Pro Sports 1996), Warrior is a refreshing change to the standard flashbang modern film. Not to be taken seriously, Warrior shows a great respect for the American Indians and the tribal way of life, and how it can or cannot co-exist with modern man. 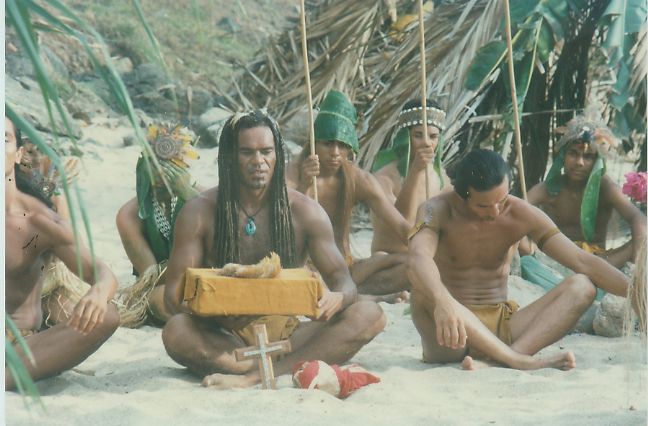 Dreadmon and his fellow Esselen tribe members still live a subsistence lifestyle  in coastal Mexico, possibly in modern day. As a young man, Dreadmon (Zaron Burnett: 7th Heaven 1998, My Colombian Bride Vacation 2010) enjoys spending his days roughhousing with his best friend Jericho, who loves playing practical jokes. Their games are often at the expense of a young woman, who Dreadmon appears to have a crush on. Life is good for the tribe, and even the occasional run-in with fellow tribesman Saltillo (Christian Gomez: The 10th Mountain 2006) does little to dampen his enthusiasm for life. One day, a young woman is injured by cutting her leg open. Placing his hands on her injury, Dreadmon heals the wound. After speaking to Chief Tenochti (Toneey Acevedo: Holliston series, Oblivion’s Child 2013), Dreadmon finds he has long prophesied magic powers and he must learn to use those powers for good, control his anger, or there will be grave consequences.

Born in the Islands of Vanuatu and sent to the Esselen tribe as a baby, the Chief tells Dreadmon (Klyn) that if he uses his powers for evil instead of good, the evil witch Queen Mootin, Dreadmon’s spiritual sister, who is is destined to destroy him, will seek him out for the purpose of fulfilling her destiny.  Dreadmon trains under the Chief and grows into a strong man both physically and spiritually, ready to face the world. Simultaneously, while Dreadmon discovers himself, a Mexican Drug cartel boss wants to expand his operations into the jungle close to where the Esselen tribe live. As the cartel infiltrate the jungle, they run into members of the tribe and Chief Tenochti. Negotiations between the two groups fail and the tribe are left at the mercy of the cartel when the Chief is killed. After using his powers to avenge the Chief’s death, Dreadmon takes matters further into his own hands and heads into town to report the Cartel to the Police. The only problem is, the Police and the Military, General Emilio Figueroa (Hector Mercado: Rocket’s Red Glare 2000, Osmosis Jones 2001), are being paid by the Cartels. 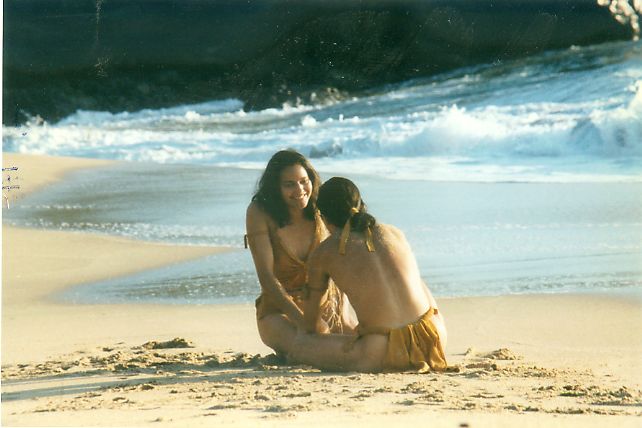 He meets a tough young woman named Marias (Blair Valk: Temporarily Yours 1997, Air America 1997) who shows him some of the ropes, firstly by taking him to a strip club. Marias keeps an eye on Dreadmon as he stumbles around town, trying to make sense of the modern world and stay focused on his quest. But Marias is not the only one that has noticed Dreadmon and his abilities. Dreadmon’s innocent mind manages to get him arrested and thrown in jail, only to be bailed out by Chavez (Matt Gallini: Chicago Fire 2012-2014, Castle 2014) on behalf of the biggest drug dealer Carlos Sanchez, also known as Eldoran (Ron Joseph: Scarface 1983, The Naked Gun: From the Files of Police Squad! 1988). Using Dreadmon’s naivety to his advantage, Eldoran manages to trick Deadmon into using his powers to destroy rival gangs. When Dreadmon finally realizes he is being used, all hell breaks loose and he embarks on a journey of vengeance along with Jericho and Saltillo. A combination of magic and will power push Dreadmon toward two climatic life changing battles; one with the drug Cartels and the other with the evil Queen Mootin, who is drawn to him when he uses his powers for evil. 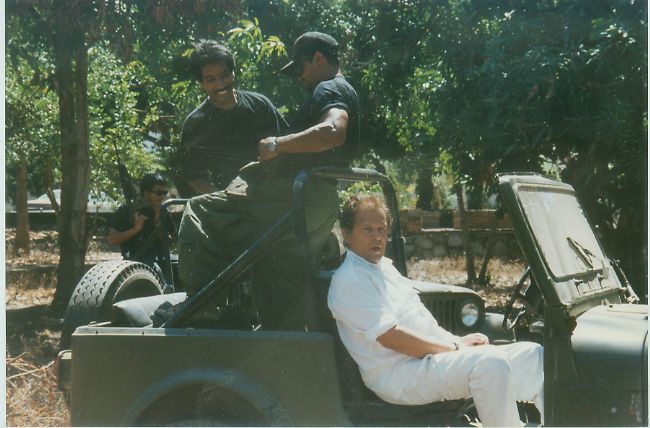 Plenty of amusing moments are found throughout the quirky story, particularly when Deadmon goes to the city and civilization, and his naive self gets into several bizarre circumstances. Full of history, legend, with an underlying good vs evil theme, Warrior comes jam-packed full of moral messages. Action packed from beginning to end, while Warrior does not really follow an accurate time frame, it is purely for entertainment purposes. There are some scenes that the viewer will have to completely suspend reality, but it is worth it. Combining magic and action to create an otherworldly feel, the special effects fit well into the era the film is set around. The cinematography by Rick Lamb capitalizes on the beautiful scenery around Costa Azul, Nayarit, Mexico, and channels camera styles from by gone days. Viewers will be forgiven for thinking they have been transported back to the 1980s. Warrior is edgy, funny, unrealistic, and highly entertaining. The film is currently seeking worldwide distribution and hopes are that is attained soon. CrypticRock gives Warrior 4 out of 5 stars. 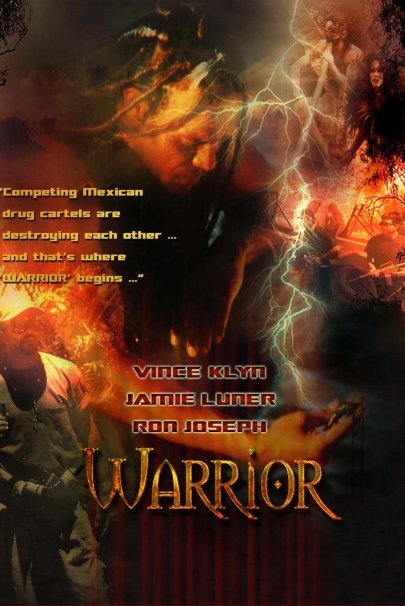