Wars – We Are Islands, After All (Album Review) 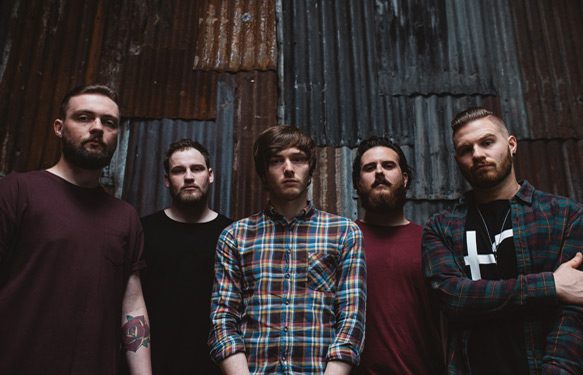 Metalcore as a genre has its standards, and Rugby, UK quintet by the name of Wars follow them well. Relatively new to the scene, they formed as early as 2015, going on to release a 5-track EP, entitled And So the Sea Will Claim Us All, shortly thereafter. Signing on with Finnish label Spinefarm Records, Wars find themselves in good company with labelmates including Amaranthe, Airbourne, Nonpoint, and Atreyu, to name a few. Now set to make an impact, on January 27, 2017, they debut their full-length album, We Are Islands, After All. Produced and mastered by industry veterans Matt O’Grady (You Me At Six, Deaf Havana) and Alan Douches (Every Time I Die, Converge), respectively, the high production value certainly shines on this album.

Ten tracks in total, We Are Islands, After All’s ferocity and aggression breakdowns are slightly scaled back when compared to their first EP. That said, it starts strongly with “The Art of Not Knowing,” a track that sets the stage for the high energy that is the backbone of the album. Similar to bands like Underoath and Killswitch Engage, Wars use a mix of melodic, clean vocals mixed with grainy growls. Dueling Vocalists Rob Vicars and Sam Barnard fill these songs with philosophical, nautical, and steampunky metaphor-filled lyrics that are catchy, but do not always hit home. On more than one track, the lyrics bemoan the way that things never change; a dismal sentiment about the state of the world that permeates the album’s dark, but occasionally hopeful tone.

On a brighter note, the highlight of the album is the high quality musicianship from Barnard on guitar, Lee Tysall on drums, Matt Burns on guitar, and Rich Bennett on bass. Heavy, frenetic riffs and powerful breakdowns coupled with the occasional clean guitars are sure to please fans of bands like Every Time I Die, We Came as Romans, and Enter Shikari. A standout, single “That By Dischord Things Increase” begins with a fraught cry of “I’m a stranger to myself” and hectic guitar riffs. Helping it take the spotlight, there are stellar guest vocals from Colin Doran of Hundred Suns.

Then there is most recent single, “Hailing Distance,” perhaps the most accessible and enjoyable track. Starting with clean vocals and building to an intense and energetic chorus, it is another example of the band’s promise. Although, their true shining gem comes in the final moments of the album with “Charcoal Days.” A welcome respite from the frenetic energy of the songs before it, “Charcoal Days” promises tantalizing hints of what could have been. Combining clean melodic guitars and a simple drum beat, the song is reminiscent of Post-Hardcore greats Thursday’s “Standing on the Edge of Summer.” Still having its moments of heaviness, the softer elements are the true genius, ones which could have benefited the rest of the songs on the record.

Much like any album of the earliers, We Are Islands, After All has a “hidden” track tacked on. Scrubbing through several minutes of silence, listeners will be led into a chord-driven, Spoken Word piece whose lyrics actually manage to tie together the ideas woven throughout the album. The spoken poem’s final words are – you guessed it – “We are islands, after all.”

Many would argue there is little territory left to explore in the Metalcore genre, and while Wars are not pioneers, they offer solid musicianship and adhere to a form that put together a quality debut in We Are Islands, After All. Here is to hoping that this fledgling Metalcore outfit continue to grow into something special. CrypticRock gives We Are Islands, After All 3.5 out of 5 stars. 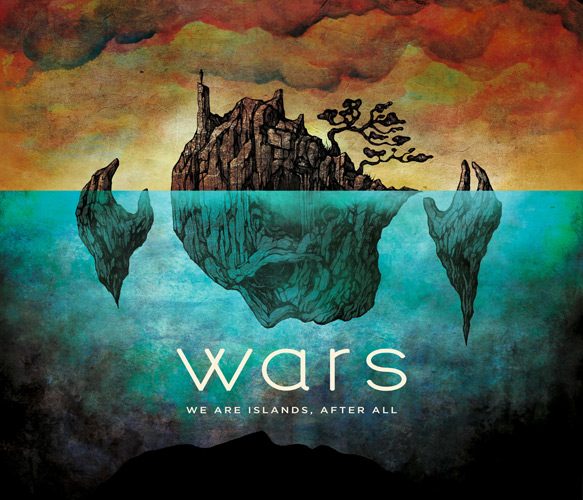