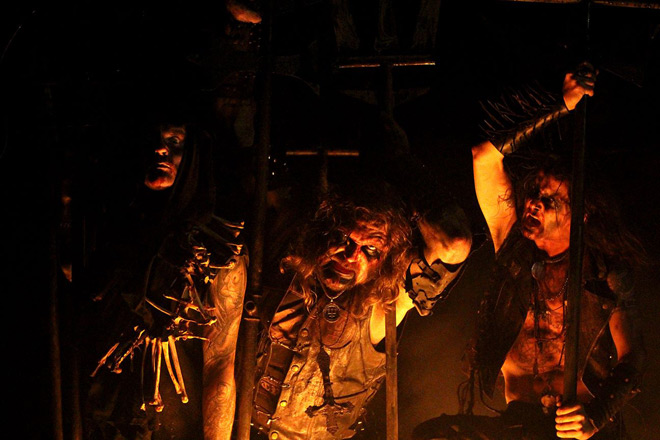 As a fighting force in the world of Black and Extreme Metal, Sweden’s own Watain returns in 2018 with their new album Trident Wolf Eclipse. Their sixth overall album, and first since 2013’s The Wild Hunt, Trindent Wolf Eclipse is set for release on Friday, January 5th through Century Media Records. Coming 20 years after the band’s inception, will their long anticipated new piece of work live up to exceptions?

Well, let us put it this way, Trident Wolf Eclipse is sure to spin heads around at first listen. Before examining the record more in-depth, a little background of Watain is in order. As a typically misunderstood genre, Black Metal is often given a bad reputation for Satanism and acts of evil. In Watain’s case, they certainly have had their share of unfair scrutiny from mainstream media sources.

Yet still, Watain does not shy away from pushing the limit of controversy during their live shows. Lead Vocalist/Bassist Erik Danielsson, the band’s primary lyric writer, is known to put on small satanic rituals during their live performances, using animal carcasses. This is while his vocals have an evil, death growl, yet come across clearly understood. Then there is Håkan Jonsson blasting through beats with pure fire and aggression on the drums as Pelle Forsberg delivers a modern Black Metal guitar styling – mixing in Death, Thrash, and even some Classical methods, serving up on a blood dripping platter.

Which brings us to back to Watain’s Trident Wolf Eclipse, an album which showcases a band at the top of their game. Featuring nine songs at an average of four minutes, it is about the perfect duration for a quality Black Metal composition. Starting off with a ferocious tune, “Nuclear Alchemy” spares no evilness before it is off to “Sacred Damnation” with its tormented corruption and off-beating explosion.

Following shortly after, “Furor Diabolicus,” in all its utmost hellish glory, is only triumphed by the standout “A Throne Below.” The latter captures the heart and soul of Watain, that is if they indeed had a soul to capture. It exemplifies that classic Black Metal adventurous riff, combining it with a multitude of blast beats and classic Danielsson’s harshly defined vocals which raging pure dissension into the darkest depths of hell.

Further into the journey of the beast, within a slightly more Death Metal defined styling, there is the dominating “Ultra (Pandemoniac)” racing to the ultimate cackling finish. Finally, “The Fire Of Power” begins the end with a more classical rendition of a very clearly recognized Watain style song. This is before disintegrating into “Antikrists Mirakel” with a determined last breath of agony.

While Venom and Bathory among many others may be clear influences in Watain’s method of madness, the definitive notion that separated them from other Black Metal bands is their boldness in this modern age to lead as they please. Additionally, they have a range that covers a broad spectrum yet never strays out of the nest of their own comfort zone. Danielsson’s vocals are not to be undermined and are impossible to mimic with as much villainous grace as he confidently protrudes. He was seemingly into Black Metal with such a natural adjust into its blackest ways.

If that still is not enough to convince the masses that Trident Wolf Eclipse ranks high among Watain’s previous albums, it definitely moves the band forward in the correct direction. It is advised to catch them on their upcoming U.S. tour because it is sure to be full of oddly devilish surprises as well as some of the best modern Black Metal around. Taking on the new age with deadly promise, CrypticRock gives Watain’s Trident Wolf Eclipse 4 out of 5 stars. 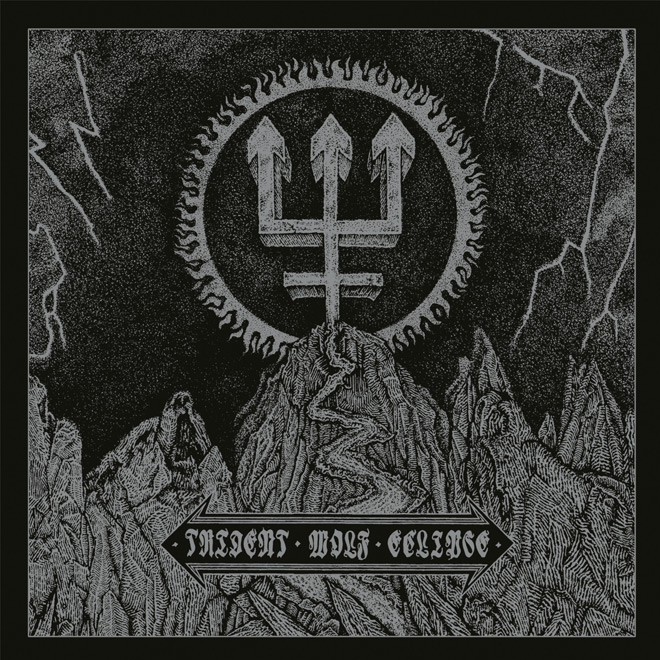