The Waterboys – Out of All This Blue (Album Review) 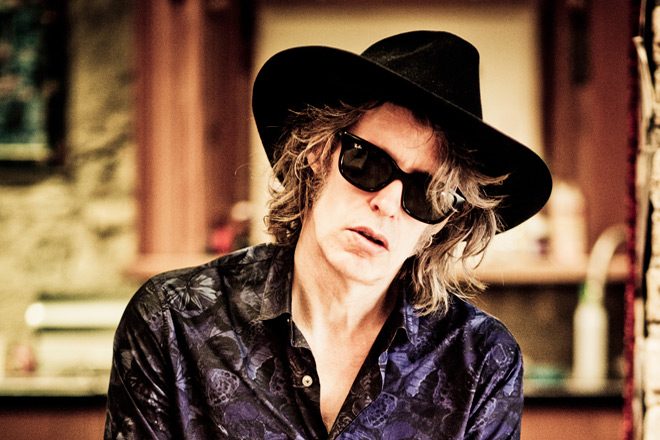 The Waterboys is certainly one of the most interesting and prolific bands that came out of the vibrant and stylistically diverse ’80s music scene. Its use of an arsenal of Folk and Classical-associated as well as Rock-oriented instruments and fusion of Celtic, New Wave, Blues, and Rock elements have made its often conceptual albums big-sounding and larger than life. Since its inception in 1983, in Edinburgh, Scotland, the eclectic group led by its vocalist, the Multi-Instrumentalist Mike Scott, has been consistent in releasing music—four albums each in the ’80s and in the ’90s and three each in the 2000s and 2010s.

Anyone who claims that The Waterboys have returned every time they have a new album in tow is guilty of willful ignorance. The initiated knew well that the band’s leader and primary songwriter Scott seems always to be brimming with something profound to sing about—from the mysterious “A Girl Called Johnny,” the rustic “A Pagan Place,” the epic “The Whole of the Moon” and “The Pan Within,” the moody “Fisherman’s Blues,” the lovesick “How Long Will I Love You?” and “My Love Is My Rock in the Weary Land,” the electrifying “The Return of Jimi Hendrix,” the confessional “Ain’t No Words for the Things I’m Feeling,” the poetic “The Man with the Wind at His Heels,” to the tribute album An Appointment with Mr. Yeats and the recent full-on Folk/Blues Rock of Modern Blues.

Released on September 8, 2017, via BMG Records, Out of All This Blue is The Waterboys’ twelfth proper work—an impressive feat, maintaining Scott’s vision of what has become known as big music, albeit this time in terms of the album’s size (a double-disc affair; three, if including the bonus volume) as well as its lyrical content, which is dominated by the besotted Pan’s obviously overflowing love for his new life with his current muses: the provocative Japanese Artist Megumi Igarashi (better known as Rokudenashiko), whom Scott married in 2016; and their first child together, who was born in February of this year.

Out of All This Blue warmly opens with a quadrumvirate of engagingly sunny, upbeat, funky, and melodically inspired lyrical ballads—“Do We Choose Who We Love?,” “If I Was Your Boyfriend,” “Santa Fe,” and “If the Answer Is Yeah.” Then, “Love Walks In” follows on the rhythm and progression of its predecessor, albeit in a bit slower tempo. The angular and scatting, piano and baritone saxophone–adorned “New York, I Love You” finds Scott in his best storytelling mood, reminiscent of “Walk on the Wild Side” by the late New Yorker legend Lou Reed.

The ensuing stomper “Connemara Fox” then rocks the listener with its slightly funky Blues Rock disposition, exuding faint echoes of INXS’s “Suicide Blonde.” Scott then hushes the listeners with the acoustic sentiments of “The Girl in the Window Chair,” only to rouse them up again with the driving and steady beat of the eight-minute “Morning Came Too Soon.” Finally, the first part of Out of All This Blue closes with Scott’s playful foray in what may be described as a mélange of loungy Jazz and loopy Hip-Hop; after all, the title says it all: “Hiphopstrumental 4 (Scatman).”

Part Two starts in the same fashion, frenetic and energetic, as the listener enters “The Hammerhead Bar.” Then, after the short organ drone of “Mister Charisma,” Scott reminds his listeners of Modern Blues with the soulful and bluesy “Nashville, Tennessee” and of 1985’s This Is the Sea with the stupefying pub-jukebox balladry of “Man, What a Woman,” featuring Wickham’s familiar, hypnotic and haunting fiddle fingers—an apt prelude to the ensuing fiddle-led instrumental “Girl in a Kayak,” which is doubtlessly a reference to Igarashi’s infamous genitalia-shaped kayak.

Short in length but huge in romantic proclamation and lovable pompousness, “Monument” is another throwback to Modern Blues; whereas “Kinky’s History Lessons” is a further flashback, to 1988’s Fisherman’s Blues. The string-laden, slow ballad “Rokudenashiko” is yet another song of adoration by the love-stricken Scott to his beautiful, skyclad lady.

The slight ’70s-Disco allure of “Didn’t We Walk on Water?” continues to show the literary eloquence of Scott, who never really runs out of interesting things to sing about, whether it be about Roppongi, Mt. Fuji, Tokyo, or Brooklyn; or about “lovers, thieves, fools, and pretenders”; and “unicorns and cannonballs…trumpets, towers, and tenements…scimitars, scarves…every precious dream and vision underneath the stars….”

Ultimately, the ambitious Out of All This Blue ends with three more compelling and exotically exciting starry-eyed declarations—the Trip-Hop excursion, “The Elegant Companion”; the bouncy and poppy “Yamaben”; and the sparse and breezy coolness of “Payo Payo Chin,” which, Scott says, is an affectionate way of saying good morning in Japanese. Well, payo payo chin to you too, Mike, with the rest of your Waterboys! And, Yoku yatta! for this greatly inspired new album, wonderful from beginning to end.

Out of All This Blue is a lavish collection of Scott’s ever-burning songs and tunes that are founded and glazed in a sweet symphony and creative cacophony of Blues, Rock, Folk, Country, Soul, R&B, and a sprinkle of Hip-Hop and Lounge Jazz. Compared with The Waterboys’ early, classic albums, it may be described as a clear departure from the band’s trademark sound. However, to the initiated who has followed Scott’s musical trajectory—from The Waterboys’ eponymous debut of 1983, to the couple of solo albums that Scott released in the mid-’90s, and all through 2015’s Modern Blues—this latest addition to The Waterboys’ discography certainly fits perfectly into the fiery songwriter’s overall sonic vision. CrypticRock gives Out of All This Blue 5 out of 5 stars. 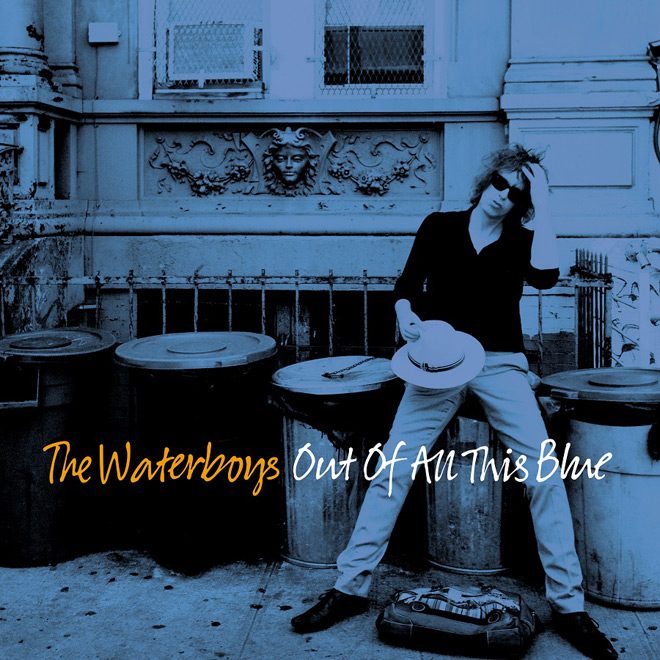