Wayward Sons – Ghosts of Yet to Come (Album Review) 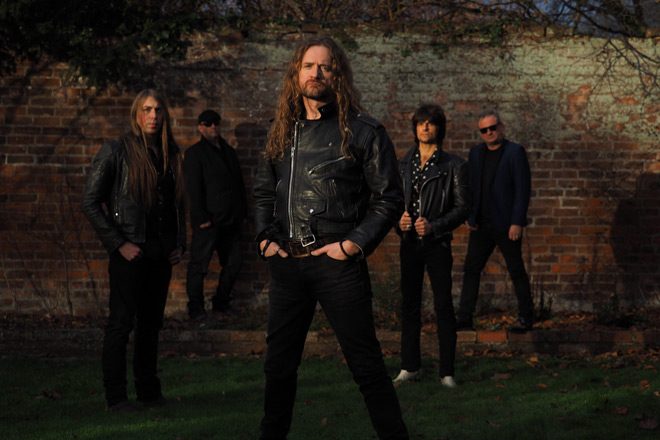 It has been more than 20 years since British Vocalist/Guitarist Toby Jepson began his impressive career. From the brilliant success of his band Little Angels to delving into the world of movie music, he has also provided input with bands such as Toseland, Fastway, Saxon, and The Virginmarys. Then, when a brief stint in 2012 playing live again as Little Angels at Download re-ignited his love of playing live, it resulted in the creation of a new band, Wayward Sons. Something Jepson is very proud of, he is joined by a good Rock pedigree of Sam Wood (guitar), Nic Wastell (bass), Phil Martini (drums), and Dave Kemp (keyboards).

Signed to Frontiers Music s.r.l. , they are set to release their debut album, Ghosts of Yet to Come, on September 15, 2017. Created in a very live way, it was recorded at Vale Studios, Evesham, UK with Chris D’adda aiding Jepson on production. With that, Wayward Sons offer 11 songs that feels very real and has an energy that will excite the listener, giving them a taste of what to expect from an actual performance.

Kicking off with “Alive,” Wayward Sons reveal their dirty Blues Rock heart. Seductive, yet frank, there is a cutting honesty in the lyrics and a cocky swagger in the riffs. Furthermore, Jepson’s voice is as impressive now as it was in the early ’90s making for an overall package that is quality down to earth Rock-n-Roll. Following next is “Until The End,” a track where Jepson is politically motivated. Musically, this is high octane Rock with plenty of interesting nuances to entertain from beginning to end. This is whereas “Ghost” is a social commentary, with a wink to A Christmas Carol. Together, these songs will resonate with many, and their meaning will find like-minded fans worldwide.

A song about how much they love being in a band and touring and playing live comes “Don’t Wanna Go,” a reference to Jepson’s own feelings leading to the creation of the band. It is also notable that his voice has a range that reaches heights beyond what seems physically possible, such is the prowess of his ability. Next, “Give It Away” is most striking for its bassline; it really goes deep and vibrates through to your core. This is in contrast with the vocal acrobatics, which are nothing short of ‘off the scale.’ Moving on, “Killing Time” is a hard-edged song that tackles relationships. It has a dynamic of its own, with stunning bluesy guitars and a bitter attitude.

Later on, “Crush” seems to be about pressure, how modern level and social expectations can place stresses upon people but they hide it behind a smile. Something that has become a major problem in the music business with many stars being lost to depression, it is going to have a big impact on a lot of people who will fully understand the feelings described within it. Lifting the mood, “Be Still” is a fun summery song about working hard, and partying harder with your friends. It has a carefree attitude, sublime guitar licks, and for good measure, it parodies Dire Straits’ “Money For Nothing” towards the end.

Bringing back a deeper meaning, “Small Talk” is another strongly political cut. It is one which can easily be identified with if you grew up in the UK in the ’80s as it looks back at youth, how boyhood has shaped the man, and Jepson certainly tells it like it was. Taking a side swipe at false people, “Something Wrong” has a real swing and catches the attention, thus it should be a great live offering.

A great debut, what comes across in Ghosts of Yet to Come is the passion and belief that Wayward Sons have in what they are doing. While this might be built on the Rock and Blues of the ’70s and ’80s, what they offer is vibrant, current, and edgy. It still has a lot of what Little Angels were so brilliant at, and nearly 30 years on from their 1988 debut album, Too Posh To Mosh, Jepson still has the verve of a young man. Here is to hoping that Wayward Sons is here to stay for a long time. For these reasons, CrypticRock gives Ghosts of Yet to Come 5 out of 5 stars. 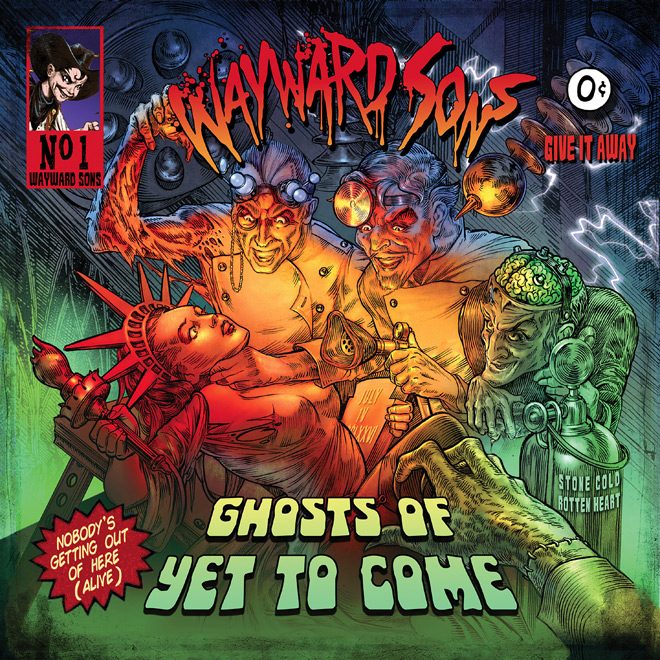