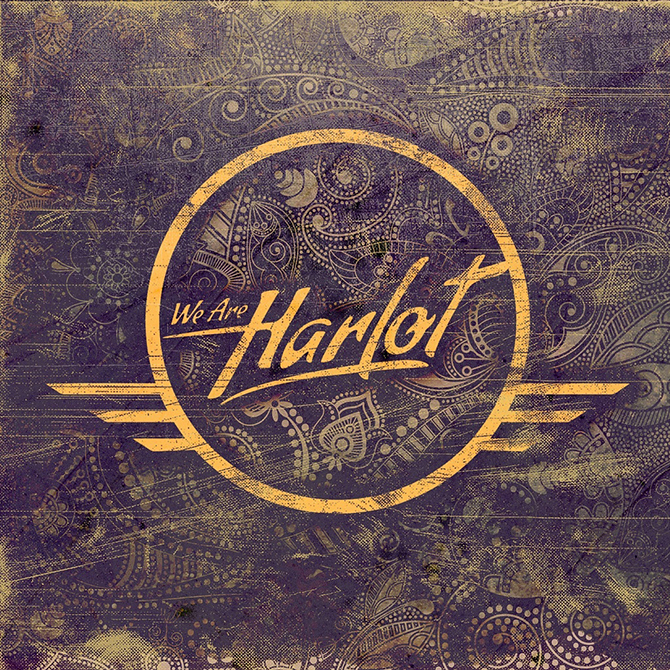 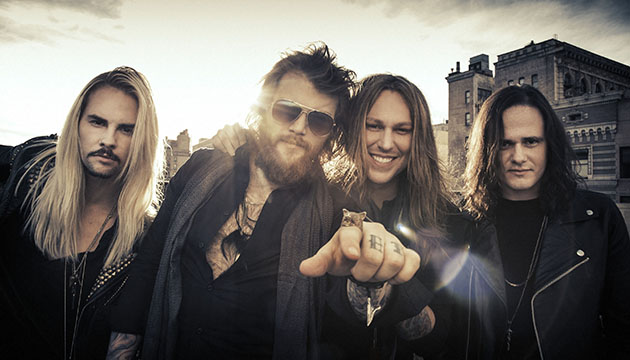 In 2014 the annual Rock on the Range festival was host to the very first live performance by supergroup We Are Harlot. Featuring former Asking Alexandria vocalist Danny Worsnop, former Sebastian Bach guitarist Jeff George, former Revolution Renaissance drummer Bruno Agra, and Silvertide’s bassist Brian Turner, the band began as an idea in 2010 when George and Worsnop met and became friends. Although they have been together since 2011, We Are Harlot did not release their first single, “Denial,” until 2014, and their self-titled debut album hit shelves this March via Roadrunner Records. Worsnop, who surprisingly to fans, left Asking Alexandria in January to focus his energy on We Are Harlot, credits ’80s Rock as a major influence the latest project, and that inspiration is clear throughout the eleven tracks on their debut.

First up on the album is “Dancing on Nails,” a catchy Rock number with plenty of fire and energy, guitars that have a great momentum and drive the song through, and gravelly, sexy vocals. Dirty by name and by nature, classic ’80s rocker “Dirty Little Thing” is deliciously seedy and full of great hooks. Changing the pace, “Someday” is more of a Bryan Adams power ballad than the sleazy track that it follows. Passion fueled and emotional, “Someday” is ideally suited to Worsnop’s husky vocals. Changing the pace again, “Denial” has elements of the aforementioned sleaze, along with a sense of desperation and obsessive desire that sums up that feeling that one cannnot be away from a new love. This is the first track to include an outburst of growls — just enough to give some raw lust to the song. “Easier to Leave” is lively and summery, and with its Bon Jovi style beats, it should be a crowd-pleaser live. Taking the opposite path is “One More Night,” a heavy, growly, fierce number. With pounding drums, guitars at a zillion miles an hour, it is brutal and screams danger. “Never Turn Back” is another clean-and-scream rocker that has a Punk attitude edged with yearning, fiery guitars, and forceful drums. Funky and thrilling, “The One” suggests a first love and the hopeful purity that is yet to be tainted by heartbreak, while “Love For The Night” gets down and dirty. It’s sweaty and lustful and fast. “Flying Too Close To The Sun” is intense and savage, with clean-and-scream vocals and a pace that leaves the listener gasping for breath, contrasting completely with the  last track, the mellow rocker, “I Tried.” A bittersweet goodbye, this track signals to listeners that it’s time to hold those lighters aloft. “I Tried” really swings along, while allowing Worsnop to demonstrate his impressive vocal ability, which is at times reminiscent of Steven Tyler.

The aim was to create music with an ’80s Rock vibe, and the goal was met with success. If that suggests an album that is stuck in the past, then listeners will be pleasantly surprised. We Are Harlot is not retro, and the band has their own sound, but those influences do come through. There is a great variety in the styles here too, keeping the listener guessing. It will be exciting to see where this project goes in the future. Now, We Are Harlot will be making their live UK debut at Download Festival June 12-14th, so look out. CrypticRock give this album 4.5 out of 5 stars.