We Are Still Here (Movie review)

The year 2015 has seen the rise of a number of outstanding and original Horror films. Released on October 6, 2015, We are Still Here via Dark Sky Films on Blu-ray/DVD is amongst the best. Written and directed by Filmmaker, author, and publicist Ted Geoghegan (The Berlin File 2013, ABC’s of Death 2 2014), who is well known within the Horror/Science Fiction genre, We Are Still Here premiered at the South by Southwest Film and Music Festival on the March 15th, 2015. 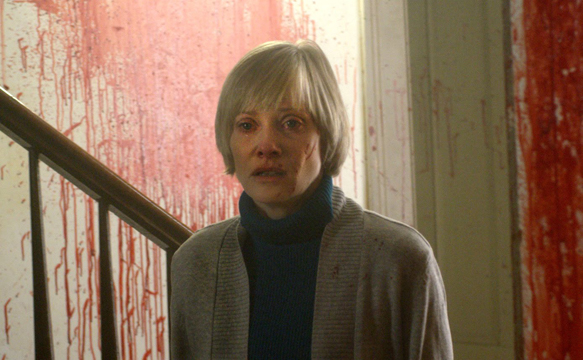 We Are Still Here tells the story of grieving parents Anne played by Barbara Crampton, who is best known as Megan in Re-Animator (1985) and her lengthy Soap Opera career, and Paul Sacchetti (Andrew Sensenig: Friday Night Lights 2008, Memphis Beat 2010). Set in 1979, following their son Bobby’s death, Anne and Paul move to the country in rural New England in an attempt to deal with with their grief.

Anne has taken Bobby’s death particularly hard, and is deeply depressed. Not long after they arrive at their new house, strange things begin to happen. Their neighbour Cat (Connie Neer: debut film), behaves oddly, and warns them to leave. Cat’s husband, Dave (Monte Markham: Ginger in the Morning 1974, Baywatch 1989), advises Anne and Paul to dismiss her warnings. Despite the sense of foreboding, Anne and Paul settle in. Not long after, Anne begins to hear Bobby and believes he is in the house.

The locals act as if the house is evil, particularly due to it being a former funeral home in the 1800’s run by the Dagmar family. After swindling the townsfolk, they were run out of town. This does not bother either Anne or Paul and they invite their unusual friends, May (Lisa Marie: Ed Wood 1994, Sleepy Hollow 1999) and Jacob (Larry Fessenden: You’re Next 2011, Hellbenders 2012), to visit. Both May and Jacob are psychic, and Anne hopes they can contact Bobby. 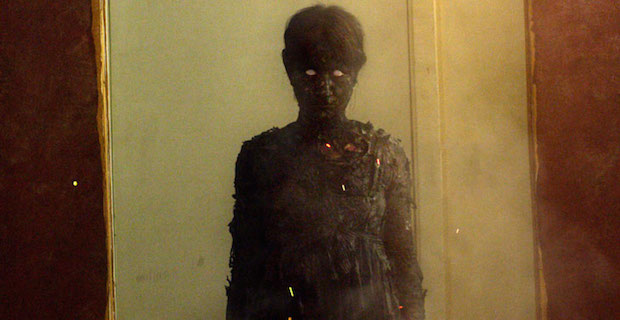 The friends arrival seems to act as a catalyst for the supernatural events, and they turn from minor irritation to deadly in quick succession. What seemed like a haunted house is actually more sinister than it initially appears. The entities within the house have an evil mission to complete, and Anne, Paul, and anyone else near the house are soon in its sights. Anne and Paul are faced with a bloody dilemma when their brush with the supernatural becomes personal.

By reading the synopsis for We Are Still Here, the viewer would be forgiven for dismissing it as a run of the mill haunted house flick. However, not long into the movie, the film turns from mundane to magnificent. Exceptional seamless special effects combined with the outstanding acting and intriguing storyline make for an amazing viewing experience. The cinematography by Karim Hussain, who has worked on the likes of The ABC’s of Death (2012), and TV Series Hannibal (2013) highlights the beautiful New England scenery, in contrast to the blood and gore. The musical score by Wojciech Golczewski (Dark Souls 2010, Late Phases 2014) builds the tempo and pace, and emphasises the creep factor. 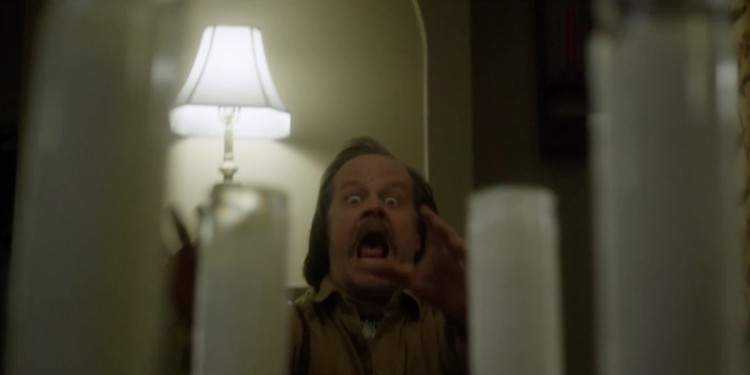 Some interesting side notes about the film; Art Director Sean Hughes was used as Anne and Paul’s late son in photos. He was mostly chosen due to his shaggy haircut being popular in the 1970’s. A number of characters in the film were named after characters associated with Lucio Fulci film The House by the Cemetery (1981), the same film which acted as inspiration for We Are Still Here.

The burned appearance of the house’s ghosts took around to hours to apply, and only one to remove. The 1970’s clothes were purchased at thrift stores, and vintage cars were leant to the filmmakers by locals of Shortsville, New York. The roles of Jacob Lewis and Anne were specifically written for Fessenden and Crampton to play. We Are Still Here is one of the standout films of 2015, a must watch for all Horror fans. CrypticRock gives this film 5 out of 5 stars. 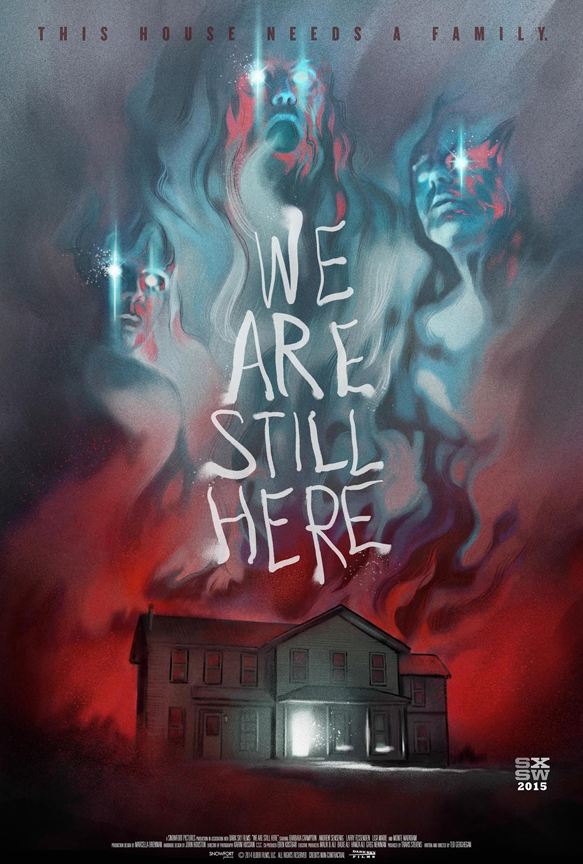 Purchase We Are Still Here on Blu-ray/DVD on Amazon