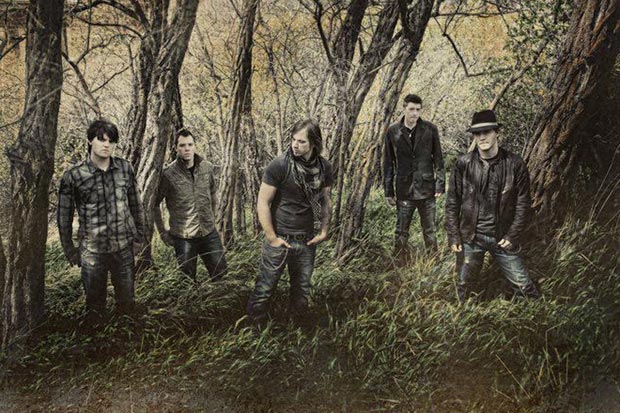 We As Human is a relatively fresh, burgeoning hard rock group discovered by John and Korey Cooper of Skillet.  It’s no surprise then, that We As Human has been featured as an opening act on previous Skillet treks which lead them to ink a deal with Atlantic Records (home of the aforementioned Mr. Cooper’s band).  In addition, both bands now share coveted spots on this year’s Carnival of Madness tour (We as Human being the festival’s opener).  Both bands put their faith in no other than Jesus Christ, earning them the genre of “Christian Hard Rock”.  Having released only 2 EPs prior, Burning Satellites (2007) and We As Human (2011), the self-titled major label debut We As Human (2013) is the band’s first full length record.  The record is sure to be the bread and butter of the band for the foreseeable future and will be spinning frequently on your SiriusXM Octane with good reason.

First things first, do not let the “Christian” label sway your decision; it certainly didn’t dawn on me at first that this band was remotely religious. Heck, even after meeting these southern gents at a Red concert in New York City, speaking with them about their protégés in Skillet, and listening to the 3 song demo they gave me for the car ride home, I had no clue.  I am not suggesting, by any means, that their music contains raunchy themes a la Buckcherry, but it also doesn’t have a preachy or forthright “Jesus is Lord” message like Nine Lashes or Manafest (both bands I am a fan of as well).  “Strike Back” is the opening track on debut which is also found on the demo and their EP.  The track happens to also be their first single too. The first thing that I noticed about this band is the awesome vocals courtesy of Justin Cordle.  The man can sing, croon, and scream with the best of them (some suggest a Benajmin Burnley of Breaking Benjamin undertone), and he utilizes all three effectively. Just in (haha get it – “Justin”?) the first track alone we are exposed to his range where he roars “You’ve got my back! Against the wall!” before raging through the chorus about not taking you know what from anyone else.

The album blasts right along into “Dead Man” (another song featured on past releases).  The track sees the band calling out an unknown antagonist (possibly an ex-lover, friend, vice?) and threatening to “put the last bullet between your eyes!”.  Again, something that didn’t initially strike me as Christian, but God damn it if doesn’t make me punch the dashboard!  The guitars crunch through the number (courtesy of Jake Jones and Justin Forshaw) with a brief solo before launching into yet another infectious chorus.  “Zombie” features no other than John Cooper himself in a song lyrically dealing with addiction and overcoming its temptation.  The song starts with a nice little guitar lick that carries through and eventually builds into one of the best chorus lines on the album.  This song will have you singing whether you like it or not.  Perhaps the best track on the album, “Zombie” is sure to be this band’s mantra on t-shirts or other merchandise in the months to come.

Another reason this album stands out is where the first slow track doesn’t appear until about halfway through.  The ballad “We Fall Apart” is a nice reprieve, introducing some somber piano chords and acoustic guitar.  It’s not too self-righteous or overdone, nor is there a plethora of these slower numbers that drag the album down.  The album never really loses momentum and plunges into “Take The Bullets Away” featuring ex-Flyleaf lead lady Lacey Sturm.  Pregnancy and raising a child doesn’t appear to have changed the screams that emanate from this woman at all.  This track is a blistering assault from both Justin and Lacey, and will probably prove to be another rebel rouser from the album, in good time.

The album closes with “Sever” and “I Stand”, the former seems to be about losing someone to illness and having to let go. “Sever” appears to be their opening track for their live sets; it’s the one they opened with on the first stop of the Carnival of Madness in New Jersey which I attended.  The album is a perfect 10 tracks long, a nice round number, which never seems to drag on or end abruptly.  My only gripe, a little one that it is, is the absence of the track “Double Life” from their We As Human (2011) EP.  This song would have fit in perfectly on the album and would have been a great way to expose more people to Justin’s raw vocals. When I asked Justin about incorporating it into future live shows, he hinted it might pop its way back in…we can only hope.

Make no mistake, this is a very, very good album.  As a matter of fact, it’s one of the very few new albums that I have actually listened to in its entirety multiple times.  This may not sound impressive to others, but for me personally this is quite an accomplishment considering my attention span is usually one or two songs per disc, thanks iTunes! Support this band, get this album, go see them live, and tell them Cryptic Rock sent you! Cryptic Rock gives this album a full, well-deserved 5 out of 5 stars.

For an in depth look into We As Human check out our interview with Justin Cordle here. 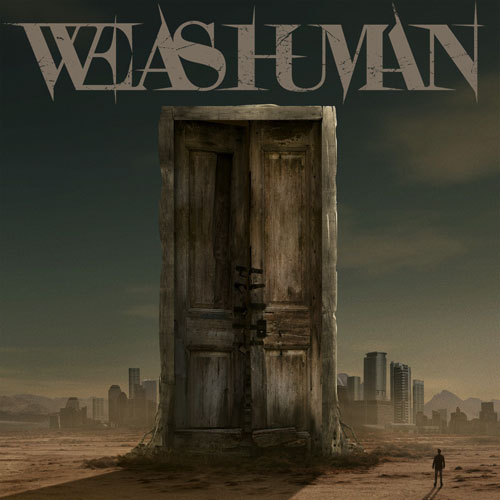