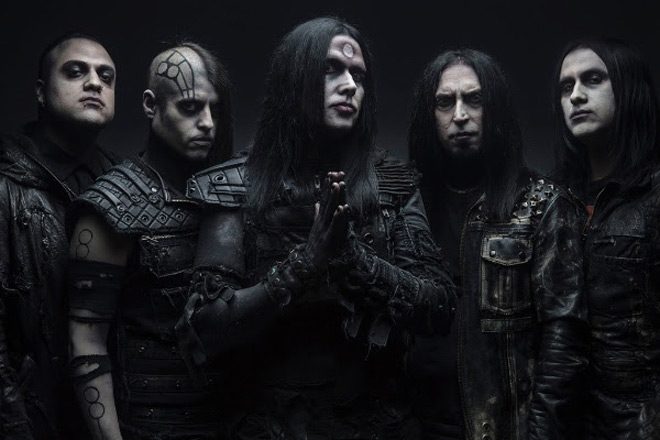 Horror Punk is a unique genre of music that has many tricks and treats stashed in its core from image to otherworldly structure. That said, one band that has taken this basic ideology and spawned a new twist on it, using the influence of bands such as KISS and Alice Cooper among others, is Joseph Poole’s solo project Wednesday 13. Rising from the ashes of Murderdolls, Wednesday 13, the man and the band, have been on a decent run, coincidently for about 13 years now, as they are set to release their latest work of art, entitled Condolences on Friday, June 2, 2017 via Nuclear Blast.

An appropriate title for all that is going on in the disastrously precious lives at hand, hailing at number 12, the title-track provides a darkly melodic, raspy tune that definitely takes inspiration from the greatest hits of Alice Cooper, yet it holds its own in creative structure and taste. This in mind, this is an album that was a long time coming. In fact, Wednesday 13 himself told CrypticRock in a 2016 interview, “This is definitely a record where we took some chances musically. We did some things that we had never done before and went back and revisited some things that we had done before, but put a new twist on it.” Exciting right? Well, let’s dive into the horror.

To start, the first video release from the album is from track two, “What The Night Brings,” and it could do well to lend itself to a Tim Burton style film score. It has all the key makings of an eerily fun tale of oddities and creatures of the night. Next, “Cadaverous” takes elements of Ministry as well as White Zombie and winds them into a tough jam of crafty haunts. The solo work here stands out in its grinding glory and the mechanical tones of the screech happy guitar carry the weight of the burden in intricate effortlessness.

The album, as a whole, possesses all the good traits Wednesday 13 is known and capable of, especially on song number four, also known as “Blood Sick.” Here, the band offers a classically quaint tune about the trials and tribulations of being a successful nocturnal vampire. At just over three minutes in length, it is short and to the point, with a witty dark charm to boot. As a more Hardcore element comes into play with the fast paced cut “You Breathe, I Kill,” it is imagined a fairly riled up mosh pit might break forth in a live setting and it definitely lends itself to a good mid-set choice, not only live, but also album wise.

Moving along, “Omen Amen” may be the weakest link as it could be just another White Zombie song and really lacks in the differential characteristics that Wednesday 13 does craft out well when applying themselves. It is still an enjoyable song however, but unfortunately there is no listening to it without the thought of White Zombie running through one’s mind. Getting into the latter depths of the album, perhaps the most shallow subject matter comes into dominance with “Cruel To You,” which still remains fun while satisfying that salty craving for the Horror Punk ballad style anthem, if such a term were to relish existence.

The running theme that applies to Condolences seems to be a path of a long hard journey of slipping into the afterlife in the most evil vampire existence of undead creatures of the night that turns sour in the infinite notion that is death for the undead. There is a haunting beauty in the creativity abound in this album and it works in a very tight-knit way as a whole unit. This in mind, the most political of all the tunes is found in “Lonesome Road To Hell.” It is laced with destructively corruptive lyrics and almost Gothic, Country, bluesy style that raids a little Glam Rock attack as well. If that was not a wild enough excursion, the finale of “Death Infinity,” with its slow melodic cleanliness in vocals as well as guitar whispers, fires into the deepest parts of the underground, churning the ashes of yesterday’s victims.

Taking Condolences for what it is, without any preconceived notions, it definitely possesses that signature Wednesday 13 sound that creatively separates them from the others in their base genre category. It seems after a thirteen year progression that the time is now for this band and the next level of success is on the horizon surrounding the hell in which they wafted out of. Kicking off a summer tour beginning June 16th should prove quite promising from the old and new fans support along with the sheer range of sinister goodies packed into the new songs. Without further speculation, CrypticRock gives Wednesday 13’s Condolences 4.5 out of 5 stars. 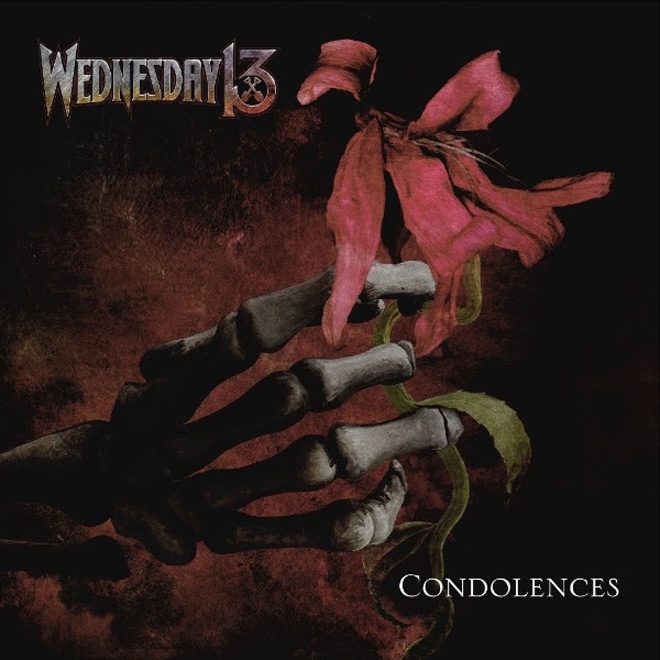