This week in Horror movie history, back on December 8th of 2004, Blade: Trinity was released to cinemas. The final entry in the Blade movie series, it was directed by David S. Goyer (Batman Begins 2005, Man of Steel 2013), who had written the previous films, with Wesley Snipes (New Jack City 1991, Demolition Man 1993) returning as the vampire hunter. Yet it is regarded not only as the weakest Blade film but as a poor film overall. Despite the intriguing premise of Blade joining forces with two new hunters to take on the father of all vampires, it faltered critically and commercially – only just breaking even worldwide at approximately $120 million on an estimated $65 million budget. Even still, it is worth a glimpse back in time to further examine Blade: Trinity. 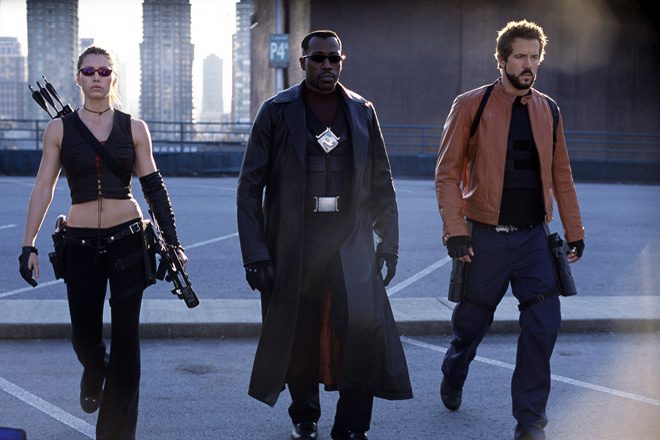 Released in 1998, Blade was a surprise hit with its dark plot and gory action sequences. Even though he was one of Marvel’s more obscure comic book characters, his transition to the big screen in 1998 had worked out better than their other big-hitters at the time. Its sequel in 2002, Blade II, gave its director, Guillermo Del Toro, his first mainstream hit after the cult Horror favorites Cronos (1993) and The Devil’s Backbone (2001). It is regarded as the best of the three films by critics and fans alike, and therefore, it seemed fair to assume New Line would bring Del Toro back for the third film.

This would have made sense except another comic book character came along and scuppered that plan: Del Toro’s project to make a Hellboy movie was greenlit, keeping him from working on Blade. Then New Line tried to get German Director Oliver Hirschbiegel for the job and, while that sounded great, there was one problem: he was already committed to direct 2004’s Downfall. The original film’s director, Stephen Norrington, also considered coming back but he was not impressed by the script; hard to imagine why when it has such lines as “cock-juggling thundercunt” and “horse-humping bitch.”

The Blade series was always edgy, to some degree or another, and it showed in its dialogue: it was blunt yet not cringe-worthy, if occasionally baffling (“Some motherfuckers are always trying to ice-skate uphill”). Blade: Trinity ups the edge but this dialogue sounds more like it is trying too hard. Dominic Purcell’s Drake gets the worst of it, as he tries to make it sound intimidating but comes off as tired instead.

Though, if anyone got the best lines, it would be Reynolds’ character Hannibal King. Alongside the ‘thundercunt’ and ‘horse-humping’ lines, he trades dick jokes with one of the vampire heavies (played by WWE wrestler Triple H), and makes a lesbian vampire joke that is funnier than 2009’s Lesbian Vampire Killers (not that this is a hard thing to do). It is not exactly gold but Reynolds manages to come off as the most entertaining character in the film. He even managed to do a little ad-libbing, though this was more due to Snipes’ on-set behavior than by design. 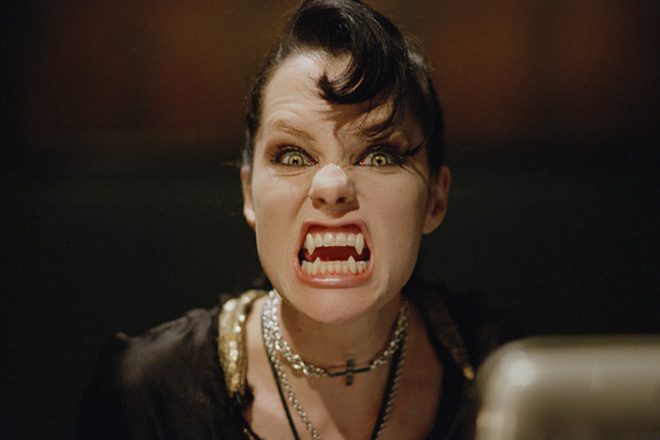 At this point, Snipes was unhappy with the direction of the film. He did not think Blade needed sidekicks, and he felt there were too many characters being added to the universe. As a result, he butted heads with Goyer and disrupted the production; he would often refuse to come out of his trailer, leaving the director to use stand-ins. When Snipes managed to make it on set for close-ups, he would only respond if he was called ‘Blade’, before eventually communicating only in Post-It notes.

The most infamous incident was during the shooting of the final scene, where Blade was lying on a coroner’s table. The scene called for him to open his eyes but Snipes refused to do so: neither the actors nor the director could get him to follow direction. So in the end, the VFX department had to CG an eye-opening effect onto his face. While most of the effects in the film manage to look adequate, this attempt was an eyesore.

As a result, Blade himself is a less-than-engaging presence in the film. Sparks of the old Blade appear in a few scenes but these moments are few and far between; they are mostly in the first half of the film, particularly in the scenes with series co-star Kris Kristofferson as Whistler. Snipes gets progressively muter and disconnected from the film once Reynolds and Biel appear: he goes from a Daywalker to a sleepwalker, doing as little as possible, provided it is actually him on screen and not his stand-in.

Then again, it is hard to imagine the film being that much better even if Snipes brought his A-game. Whistler is killed off again, only it has less impact than his sacrifice in the first film. Biel’s role as his daughter Abigail has little payoff beyond a few action scenes and advertising an iPod. While compared to Stephen Dorff’s Deacon Frost or Luke Goss’ Nomak, Drake ends up being a duller villain. He comes off as a lesser Buffy the Vampire Slayer villain, with his ho-hum monster form and his bland world domination plot. The only reason left to bother with the film is to see Reynolds light up the screen, but even in 2004 there were better Ryan Reynolds films around. 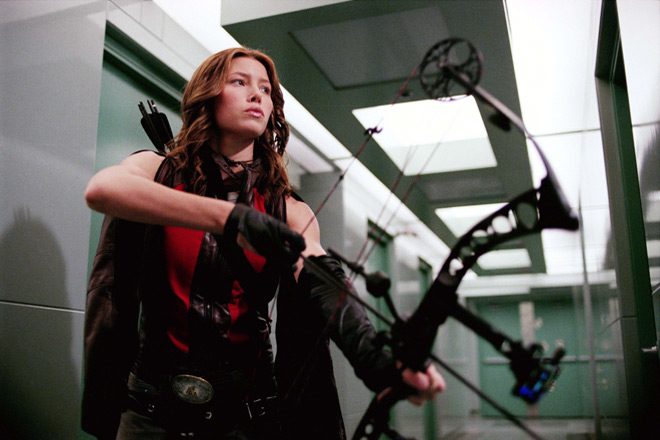 Since then, the Blade franchise has essentially been dead. New Line made Blade: The TV Series in 2006, but it fared worse with critics than Trinity. In 2005, claiming racial discrimination and having his screen time cut in favor of Biel and Reynolds, Snipes sued Goyer and New Line for $5 million in damages. The rights to the franchise reverted to Marvel Studios in 2011. Since his release from prison for tax evasion in 2013, Snipes claims to have spoken with Marvel about bringing Blade back. He said he would like to work with Del Toro if they did, but Goyer’s name was conspicuously absent.

Considering how squeaky-clean the antics of the Avengers are, it seems unlikely Blade will return. Though it is more boring than outright terrible on its own, Blade: Trinity drove a stake through the series’ heart. Yet it did manage to sow the seeds for another franchise: an executive from Fox Studios saw Reynolds in action and said his smart mouth reminded him of another Marvel character. He got a bunch of that character’s comics and dumped them on Reynolds’ lap for reference: the character was called Deadpool, and from there he would begin his own long journey to the silver screen. 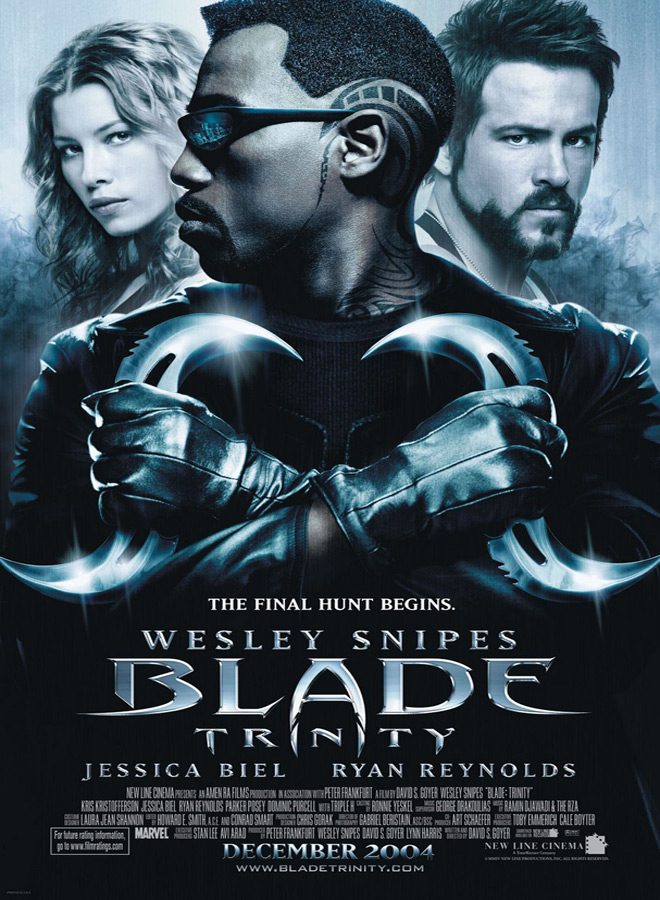