This week in Horror movie history, back on August 16th in 1985, Columbia Pictures unleashed onto the U.S.A. The Bride. A re-imagining, of sorts, about hope, love, and friendship, using characters from Author Mary Shelley’s famed 1818 Horror novel, Frankenstein, The Bride, is a movie filled with a cast of many familiar faces, and a crew with so many films under the belts of its workers. 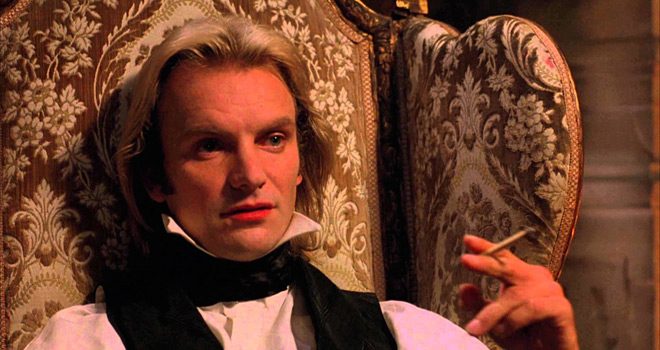 Allegedly a remake of 1935’s The Bride of Frankenstein, first off, The Bride is, hands down, a really cool name—especially if it were for a Doom Metal band. Here, this name signifies the female creation of a certain Mr. Dr. Frankenstein played by the famed Sting (Dune 1984, Stormy Monday 1988), who wanted a mate to give to his “monster” (Clancy Brown: Pet Sematary Two 1992, Shawshank Redemption 1994). Jennifer Beals (The Prophecy II 1998, The Grudge II 2006) stars as the bride-to-be, Eva; and while her character is being animated in Frankenstein’s laboratory, an over-anxious “monster” accidentally trashes the place!

Presumed dead, the monster now roams in the woods where he meets Rinaldo (David Rappaport: Mysteries 1978, Time Bandits 1981): a dwarf who names the monster Viktor and brings him to work at a circus. Here, these two form a strong bond together, giving one another hope, and the feeling of self-love.

An interesting story, The Bride unfortunately was not as well-received as Columbia Pictures may have liked. In fact, it received a bounty of negative criticism for its hokey acting, oddly-focused storyline, and a face-smacking, what-the-f-kind of an ending. Although, this aside, buried deep down within its tape-reel is a movie tackling many human emotions, such as love, jealousy, fear, and abandonment. In its defense, though, The Bride is not all bad. 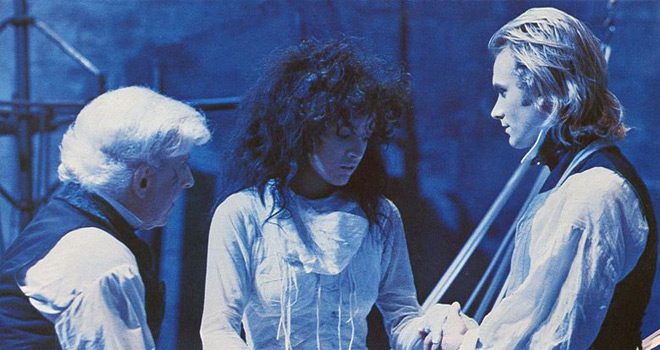 For starters, the acting is decent, the effects are decent, and the dialogue—although sometimes questionable—is also decent. What makes the movie interesting is the bromance happening between Viktor and Rinaldo, which also becomes the focal point of the storyline. Throw in a young Cary Elwes (The Princess Bride 1987, Saw 2004) as Josef, a total creep trying to win the affection of Eva with only one thing on his mind, and The Bride is complete!

Directed by Franc Roddam (K-2 1991, War Party 1988) from a screenplay that Lloyd Fonvielle (Cherry 2000 1987, The Mummy 1999) crafted onto paper, both do a sincere job of bringing a stronger romance to the lore of Frankenstein. That in mind, they probably did not realize that said romance went on between the wrong characters. Although, Roddam’ has said that this movie is “a feminist reworking” of the classic tale. Furthermore, there are scenes in The Bride which will cause viewers to feel remorse and sadness for Viktor and Rinaldo, and become irate and vengeful after some wrongdoing happens to the latter character. It is almost a tear-jerking experience.

The Bride cast itself into the movie realm of “So bad, it’s good,” and could be quite fun watching this movie with friends while shouting Sting puns at the screen. A lot of “bad” films had pizzazz, style, grace, and charm in the ’80s, which, in turn, also made a lot them “good,” and very watchable, no matter the film’s content, nor its genre. The unfortunate thing is that The Bride was no box-office contender, for it had accumulated just under 4-million U.S. dollars. This underperformance could very well be the result of bad timing, too, as movies Back To The Future and Return Of The Living Dead were racking up some major Benjamins upon their releases. 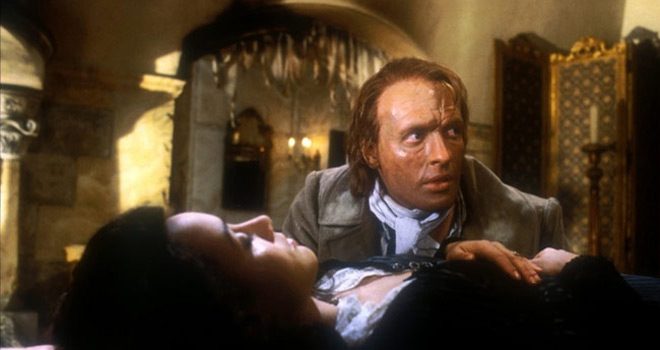 Above all this, the movie, with The Police’s Sting as the lead actor, is a drawing card within itself. While Sting has gone on to act in a handful of other productions, when thinking of his career in acting, most think The Bride. Hey, the legendary musician even learned how to ride a horse just for the movie, it does not get any better than that!

All this said, The Bride has its ups – a great cast, likeable characters, and cool set-designs. Then, its downs – a what-the-f ending, overlong running-time, no reason for its title. Even still, it is also a movie that cannot be turned off or ignored upon viewing its presence across the small-screen—even for how this movie ends. Movies of the now dealing with friends trying to help each other accomplish life goals should probably take a few notes or steal a couple of ideas from The Bride. There is no romance like bromance. 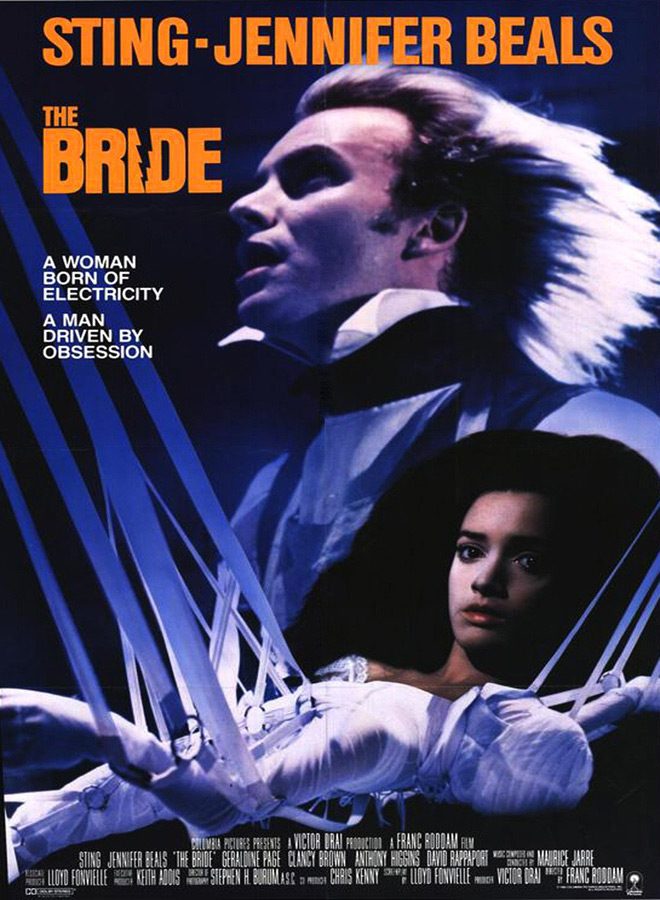