This Week In Horror Movie History – Bride of Chucky (1998)

This week in Horror movie history, back on October 16th of 1998, Bride of Chucky made its way to movie theaters through Universal Pictures. Marking the return of the Child’s Play franchise, the fourth installment was shown on over 2,000 movie screens, going on to become one of funniest and beloved in the saga of Chucky. 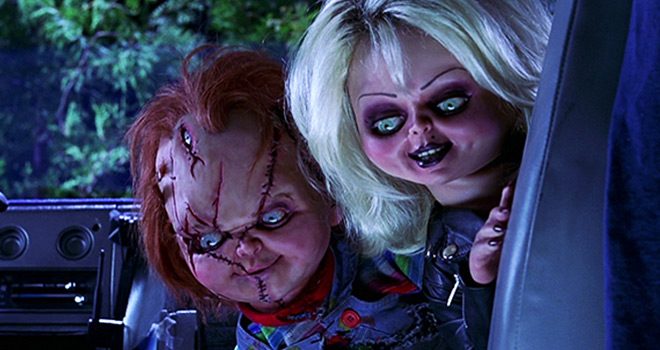 Interestingly, Bride of Chucky came eight long years after 1991’s Child’s Play 3. Returning the sociopathic possessed doll to the spotlight, while there were three additional films made thereafter, Bride of Chucky would really solidify the comic prowess of the series. This one has to be one of the funniest in the series by far. With quick wit and funny violence, not only did the script become more humorous, but Chucky became a lot less menacing looking, even with all the tears and staples in his face. In enough words, he looks less like a possessed doll and looks more like a refurbishing experiment gone wrong.

That said, Bride of Chucky follows the violently possessed doll that harbors the spirit of the long dead serial killer Charles Lee Ray, aka Chucky, after he is brought to life by his last girlfriend, Tiffany Valentine, after she tracks the doll down and snags it from the police department. Tiffany thinks that long lost love will save the relationship that was put on hold after the serial killer was murdered at the toy store during a police chase gone wrong. Chucky has ulterior motives for love. He is going to have a companion for life. 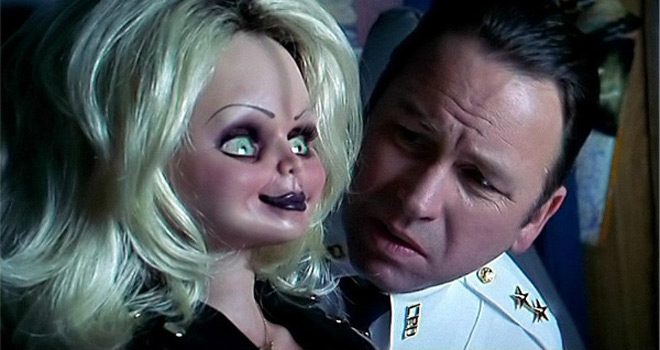 The dolls decide to transform into human form after Tiff’s brush with death, but first they need an amulet that will help them make them human again. The Heart of Dumbala is buried in the grave of Charles Lee Ray himself. That is where the adventure begins and the violence ensues. They enlist the help of a young couple, Jesse and Jade, who are looking for a reason to run away. The couple goes from school dances to running from cops overnight.

Coming up with new ways to violently hurt the victims is what Chucky does best, and now his partner in crime, Tiffany, is making her way into the Horror movie hearts of fans the world over. All a part of the demented fun, Bride of Chucky made a difference in the series. As mentioned, not only does the script become more humorous, but the content itself changes. There is more of a solid soundtrack and guest appearances that make certain scenes a lot more memorable.

Now, those reading this more than likely know Bride of Chucky, therefore you know how it ends. A cemetery and a …violent, teethy, possessed fetus baby doll thing. Sorry, best way to put it. Yes, the maniacal duo have reproduced, resulting in 2004’s Seed of Chucky. So where is Chucky today? Well, let us take a look, since Bride of Chucky, he has become a… father to two or one child, depending how you look at it. He has tracked down one of his first victims to settle some unfinished business as seen in 2013’s Curse of Chucky, and now, in 2017, he returns in Cult of Chucky. 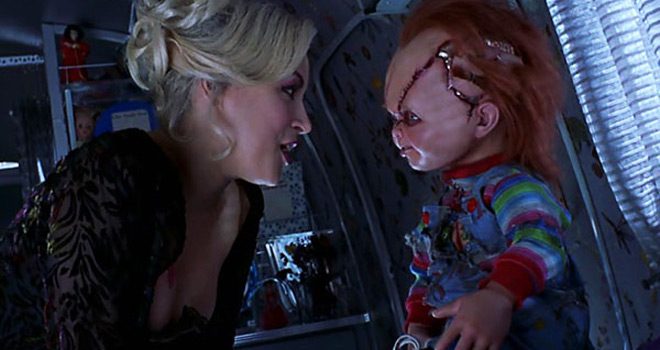 Released on Blu-ray/DVD as of October 3rd, Cult of Chucky is where the killer doll has ended up, and rightfully named so. Those lucky ones that have managed to keep tabs on Charles Lee Ray then know, since Bride of Chucky, he has been killed once more, but like that ever kept the psychopath at bay! A compelling new entry to Child’s Play, Cult of Chucky starts with Nica, played by Fiona Dourif, the last/first and most recent chucky victim.

All this in mind, one could argue Bride of Chucky is the bridge that extended the franchise to a new generation. Pulling in over $32 million dollars domestically and another $18 plus million dollars internationally, Bride of Chucky remains one of the most successful films in Child’s Play history! So dig out that DVD, or find it on VOD, and rewatch the fun film to prepare for more chaos at the hands of the Good Guy doll. 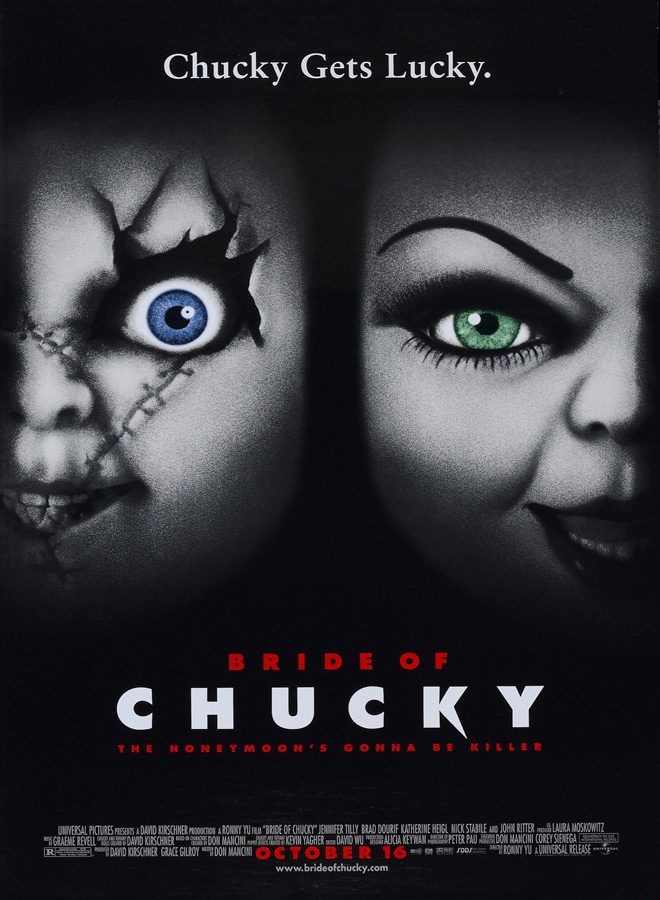