This Week In Horror Movie History – The Exorcist (1973)

This week in Horror movie history, back on December 26th of 1973, The Exorcist possessed theaters across the USA. It is important to keep in mind that, in 1973, there had been no Freddy Krueger, no Jason Voorhees, and certainly no Michael Myers. In fact, Halloween was still five years off. Horror was, of course, an established genre with phenomenal, groundbreaking directors such as George A. Romero, but it was one that was oft populated by Frankensteins, Draculas, mummies, and their literary ilk. Then came a dark and deeply troubling film in which a little girl’s head spun 360 degrees in a strange oddity called The Exorcist. 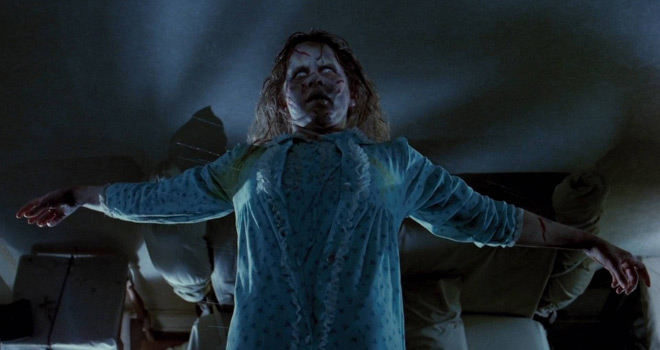 The Exorcist is, of course, based off the 1971 New York Times Best-Selling novel by William Peter Blatty. The novel is reportedly loosely based off the story of a fourteen year-old boy, who, in the late 1940s, underwent a series of exorcisms performed by the Roman Catholic Church to cure him of demonic possession.

In the film, we meet instead young Regan (Linda Blair: Hell Night 1981, Savage Streets 1984), the 12-year-old daughter of actress Chris MacNeil (Ellen Burstyn: The Last Picture Show 1971, Alice Doesn’t Live Here Anymore 1974), who, after playing with a Ouija board, seemingly becomes possessed. After a lengthy battery of medical and psychiatric tests turn up nothing, Catholic priest Father Merrin (Max von Sydow: The Seventh Seal 1957, Flash Gordon 1980) is called in to consult on the shocking case. Also starring the likes of Jason Miller (That Championship Season 1982, The Exorcist III 1990) as Father Karras, Lee J. Cobb (On the Waterfront 1954, 12 Angry Men 1957) as Lt. William Kinderman, along with William O’Malley as Father Dyer, The Exorcist is without question one of scariest films ever produced.

What followed was both shocking and horrifying to audiences at the time of its release and, as with any great film, The Exorcist was met with mixed reviews. Some called it an occultist claptrap, others deemed it religious porn. World renowned critic Roger Ebert praised the film, and yet felt that it should have been rated X. Which, if you consider it, is no real shock: this is a film where a little girl masturbates with a crucifix while screaming obscenities about Christ, after all. It was shocking and disturbing, horrifying and appalling to audiences across the U.S. upon its release. For those with more sensitive systems, some theaters humorously offered their patrons Exorcist barf bags. 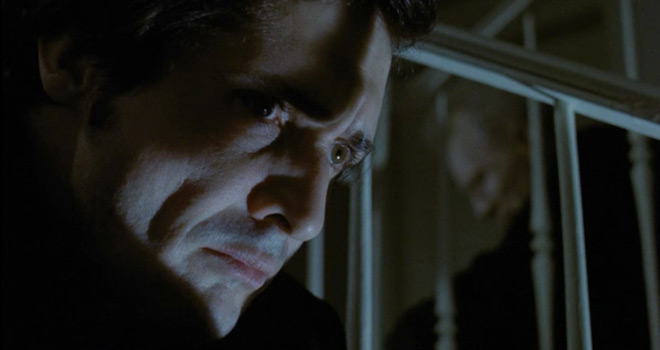 Quite a few directors and actors passed on the film or were pulled off the project for varying reasons. Arthur Penn, Stanley Kubrick, and Mike Nichols were all approached to direct, and every single one of them turned the project down. In the role of Regan, Denise Nickerson, who played Violet Beauregarde in 1971’s Willy Wonka & the Chocolate Factory, was considered before her parents pulled her out of consideration for the role. In the end, the film was directed by William Friedkin (The French Connection 1971, Killer Joe 2011) – from a script authored by Blatty – and it would be no picnic for anyone on set. There was talk of a curse, not to mention extreme measures were oft taken to get the best, most sincere performance from everyone involved.

In spite of mixed feelings and apprehension, The Exorcist would go on to earn ten Academy Award nominations, taking home two, but perhaps, most importantly, it was the first-ever Horror film to be nominated for Best Picture. Of course, it did not hurt that the movie would go on to become one of the highest-grossing films in history, earning well beyond $400 million worldwide to date. If that is not enough to prove its worth, well, in 2010, the Library of Congress selected the film to be preserved within the National Film Registry for its cultural, historical, and aesthetic significance. Not too shabby, right?

But why is the film so effective? Well, for one, it comes across very believable. Honestly, what person who saw the film as a kid did not think they may have also been prone to possession? Truly terrifying, the film’s slow pass was complemented by a eerie build and ominous vibe throughout. Also, who can forget the absolutely frightening “Tubular Bells” by Mike Oldfield, used as the theme song throughout the film. An instrumental track, it also strikes terror into the minds of whoever hears it even until this day, wondering of what evil lurks in the shadow around every corner. 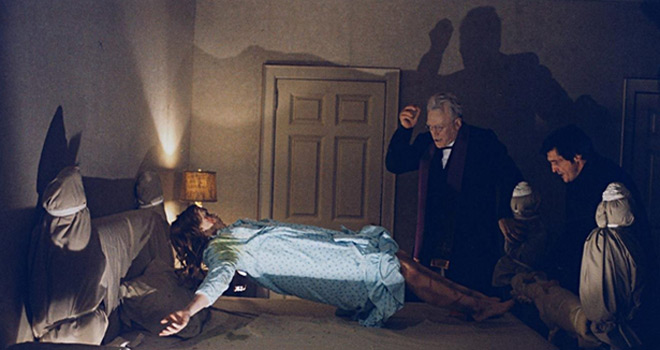 There have been a multitude of releases for The Exorcist, ranging from the 1979 theatrical reissue to the 25th Anniversary DVD release and beyond, many with slightly altered versions of the original film. What stands the test of time, however, is the fear that The Exorcist instilled in a generation of movie-goers, a palpable horror for anyone grappling with life’s greatest mysteries. It is said that Blatty intended his novel, that which started this entire franchise, to be a treatise on belief and never intended the scares that audiences took away from the story.

Whether intentional or otherwise, The Exorcist has been scaring the Christ out of fans for some forty-four years now and it shows no signs of stopping. So have faith that, when Regan’s head spins and projectile vomit flies, believer or not, you will be shaking in your boots! 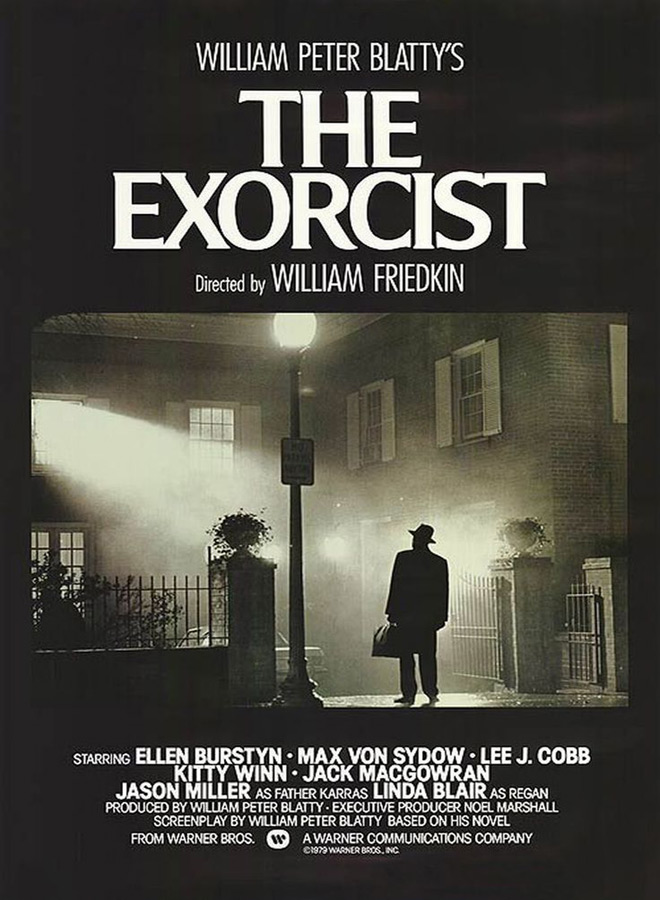