This Week In Horror Movie History – The Faculty (1998)

This week in Horror movie history, back on November 12th of 1998, The Faculty made its premiere in the USA. That in mind, let us reflect. Ah, the ’90s, a time when teenage angst was alive and well, the internet still needed a dial-up connection, and Apple had not even released the iPod. In the late ’90s, a craze erupted for teen-based TV shows/films, and Kevin Williamson, who had already written the screenplay for the Slasher film, 1996’s Scream, had moved on to creating a television series about the lives of a close-knit group of friends with the Teen Drama Dawson’s Creek. Would Joey ever tell Dawson that she’s in love with him? Would they get together? There sure was a lot of advanced talk about sex among developing teenagers and for ’90s TV, the show and writing were edgy. Screenwriter Williamson had a knack for teen-based story-lines as well as former experience with Horror, a perfect fit to create a throwback film that would go on to develop a cult following. 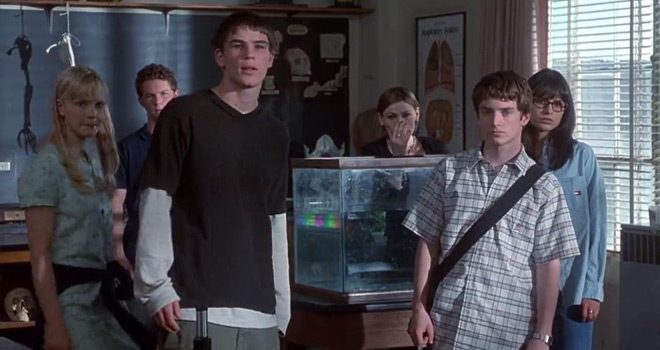 Williamson teamed up with Filmmaker Robert Rodriguez (Desperado 1995, From Dusk Till Dawn 1996)  for the Science Fiction/Teen Horror offering The Faculty, a film which was basically a combination of 1978’s Invasion of the Body Snatchers and 1985’s The Breakfast Club. The cast featured Elijah Wood (The Lord of the Rings series, Cooties 2014) as Casey, the nerdy student photographer; Shawn Hatosy (Southland series, Alpha Dog 2006) as Stan, the jock that is over being a jock; Josh Hartnett (Pearl Harbor 2001, 30 Days of Night 2007) as Zeke, a drug dealer that breaks the rules and manages to keep failing his senior year; Jordana Brewster (The Fast and Furious series, American Crime Story series) as Delilah, the hot, popular cheerleader; and Clea Duvall (Girl, Interrupted 1999, Identity 2003) as Stokely, the grungy outcast. Unfortunately, these teens get more than just a Saturday in detention when the faculty at Harrington High, controlled by alien parasites, begin to infect students.

An unlikely group – including new girl Marybeth (Laura Harris: A Mighty Wind 2003, Dead Like Me series) – must band together to take the infected principal and her pack of teachers down.

There are many faces in The Faculty that are familiar to audiences from The Daily Show’s Jon Stewart to Robert Patrick to Famke Janssen and Salma Hayek. Even R&B star Usher makes an appearance as a football player. The ensemble cast is one of the best parts of the movie with the teachers stealing the show at times: Bebe Neuwirth with her creepy smile; Famke Janssen going from a mousy, straight-laced English teacher to femme fatale; Salma Hayek as the tired school nurse with allergies; and Piper Laurie giving one of the more terrifying performances. Fortunately, the younger actors stepped up their game, giving believable performances and holding their own against their veteran co-stars. 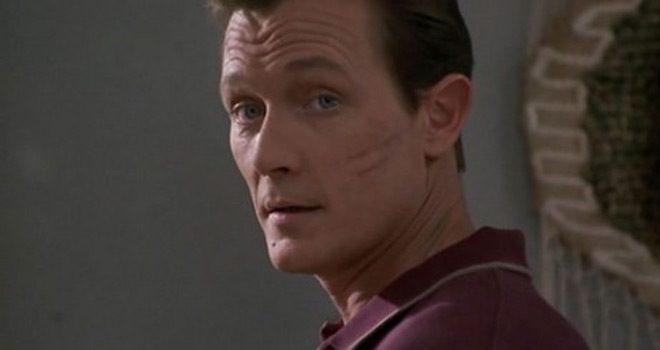 All this in mind, the film’s plot is not very original and it does not pretend it is trying to be. Rodriguez is a fan of Horror and Science Fiction and pays tribute to those genres, acknowledging influences like Invasion of the Body Snatchers, 1982’s The Thing and even 1984’s The Terminator with the obvious casting of 1991’s Terminator 2 star Robert Patrick. But The Terminator pops up in other places as well like Elijah Wood’s surname, Connor, and Jon Stewart’s full name in the film, Edward Furlong. Throwback sequences may ultimately make the film too obvious but it does not come off as insincere, which is why the film is a fun watch as long as it is not taken too seriously.

The Faculty is action-packed and fast-paced, keeping the audience in anticipation of who will fall victim to the parasitic takeover next. The writing also infuses a good deal of humor, which is not unexpected from Williamson, who managed to do the same with Scream. And since the film wears its influences on its sleeve, it is not long before Stokely reveals she has read both “Body Snatchers” and “Puppet Masters,” and has a solution to saving the school from an alien takeover –kill the “Queen” and rest will die.

Drugs are bad but in The Faculty they are a weapon with Zeke’s mixture of caffeine pills and other household items helping the group take on the aliens before their showdown with the head of the hive. Zeke’s potential love interest, Marybeth, turns out to be the alien-in-charge and the final face-off between Wood’s character Casey and the unveiling of a big and nasty-looking alien is well done and satisfying to watch. 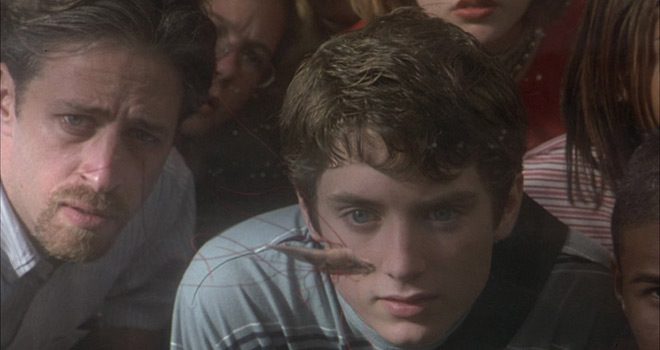 Through it all, one of the other successful aspects of The Faculty is its soundtrack. There are some stand-out tracks, including a cover of Pink Floyd’s “Another Brick in the Wall” by Class of ’99, which included Alice in Chains frontman Layne Staley, Rage Against the Machine’s Tom Morello and Jane’s Addiction/Porno for Pyros’ drummer Stephen Perkins. The song was the perfect choice to set the tone for the film. Indie and Alternative Rock groups peppered the soundtrack with contributions from Oasis, Stabbing Westward, The Offspring, Garbage, Soul Asylum and Creed. It doesn’t get much more ’90s than that!

When released, The Faculty was a modest success and though many critics panned the film as a copycat of other Science Fiction classics, that would probably be considered more of a compliment by Rodriguez who set out to revisit the themes that inspired him. There is a lot to appreciate when revisiting the film—the wonderful cast, great performances, smart and humorous writing and successful special effects. It is an enjoyable film that’s funny, thrilling, a little scary and ultimately a fun ride. 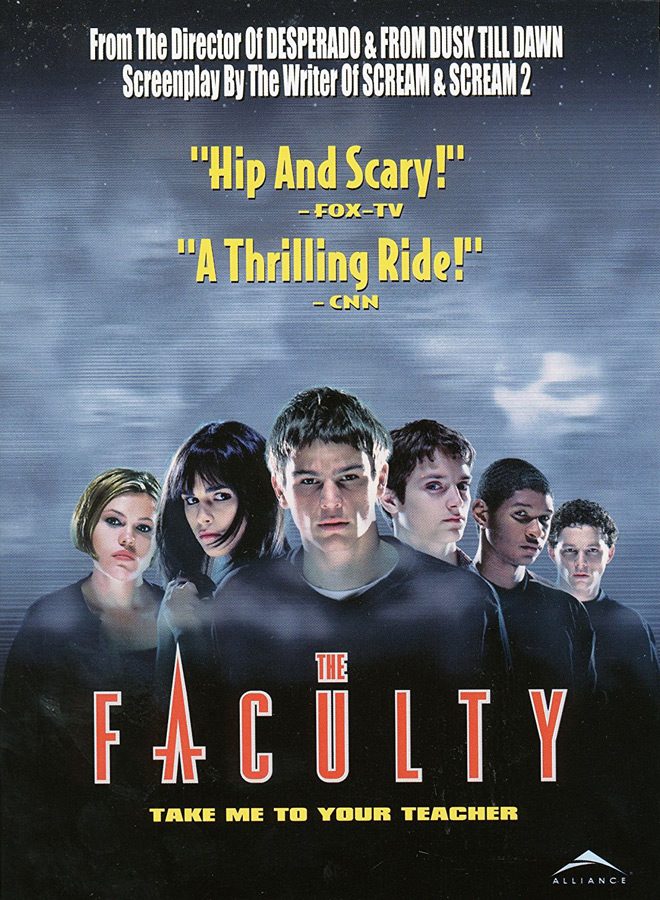