This week in Horror movie history, back on April 30th of 1999, Idle Hands hit theaters across the USA via Columbia Pictures Corporation and Sony Pictures Entertainment. Directed by Rodman Flender (Leprechan 2 1994, Conan O’Brien Can’t Stop 2011), and for what has become a cult classic, the Horror Stoner Comedy was a massive box office flop. Earning approximately four million dollars on an estimated budget of twenty-five million dollar budget, perhaps the fact that the film opened only ten days following the tragic Columbine Massacre resulted in such a poor turn out. 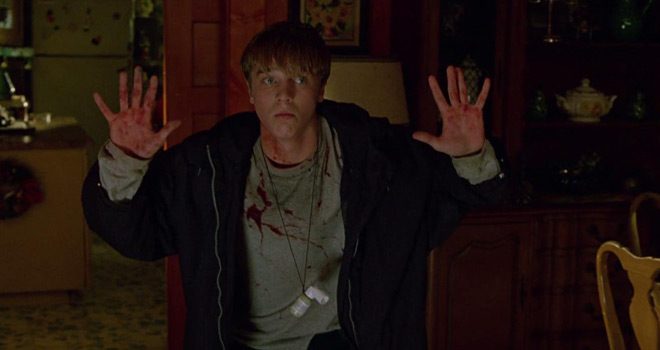 Opening the same weekend as more successful Entrapment, Idle Hands stars Devon Sawa (Final Destination 2000, Nikita series) as Anton Tobias; a lazy, stoner teenager unfortunate enough to have his right hand possessed by a demonic force around Halloween. He kills his parents, though he remembers nothing, then goes on to murder his two best, also stoner, friends Mick (Seth Green: Austin Powers 1997, Family Guy series) and Pnub (Elden Henson: The Butterfly Effect 2004, Daredevil series). Mick and Pnub then decide to blow off Heaven because it was too far to walk, rising from the grave to hang with Anton as zombies. 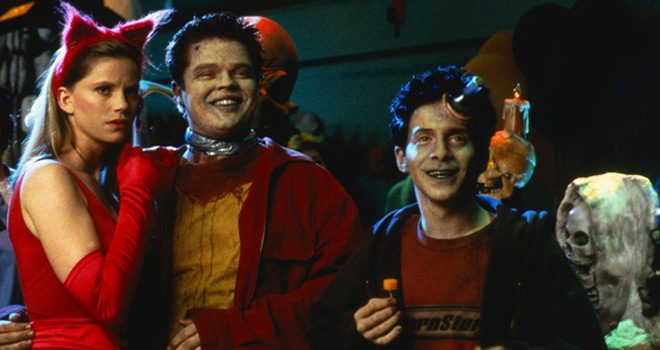 What Idle Hands illustrates best, beyond being one long, paranoid stoner trip, is the ’90s Gen X culture. The clothing, Pop culture references, and music are all iconic of the decade and provide a kick of nostalgia, especially for those who grew up in the era. It does lose points for the lack of overt humor and dumbing down of Horror moments that might have been genuinely terrifying. For all of that, one perceives the direction of the film followed by the material slacking. It is funny, but sometimes for the wrong reasons, even in a decade where sarcastic flaws are the norm.

What gives Idle Hands its best credits are the story and unabashed gore. It remains stereotypical of certain character types, but the plot genuinely entertains and provides both spoof of Horror tropes and unique twists. Gore is a central focus, with whimsical makeup and splashy blood effects. It is both making fun of movies like 1981’s Oliver Stone and Michael Caine vehicle The Hand, and offering different perspectives on Comedy and Horror in general.

In addition, there are several cameos and bits of fun trivia from the film. For one, Punk Rock band The Offspring appear at the school Halloween dance near the end of the film. Also, the gym they are playing in featured in both 1992’s Buffy the Vampire Slayer and 1999’s Jawbreaker. Nods to a variety of movies occur throughout, including 1968’s Night of the Living Dead, 1978 Dawn of the Dead, and Randy’s “Weeping Jesus” tattoo from 1994’s Natural Born Killers. If the town seems familiar, you might take another look at the original 1978 classic Halloween. 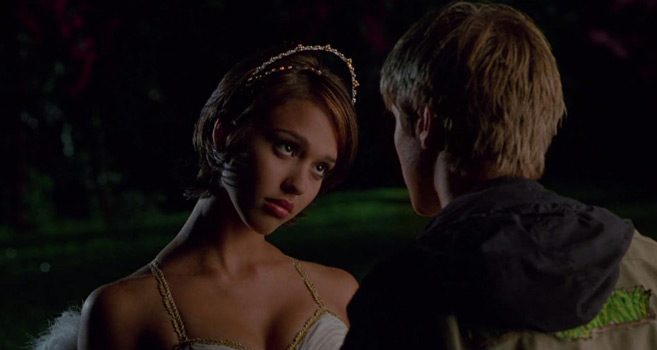 Overall, Idle Hands is somewhat underrated and forgotten. It certainly plays to a niche audience, but it is a film that casual viewers can appreciate for both its sarcasm and prolific actors. Since then, Seth Green seems to be everywhere with his stints on Family Guy and Robot Chicken, which are still ongoing. Elden Henson suffers from weird-name-casting syndrome, playing both Pnub here, Pollux in 2014 and 2015’s Hunger Games: Mockingjay Part I and II, and Foggy Nelson on Netflix’s Daredevil as well as The Defenders series. So, anyone who wants to relive some of the ’90s, or just watch a uniquely weird flick, Idle Hands is a must see. 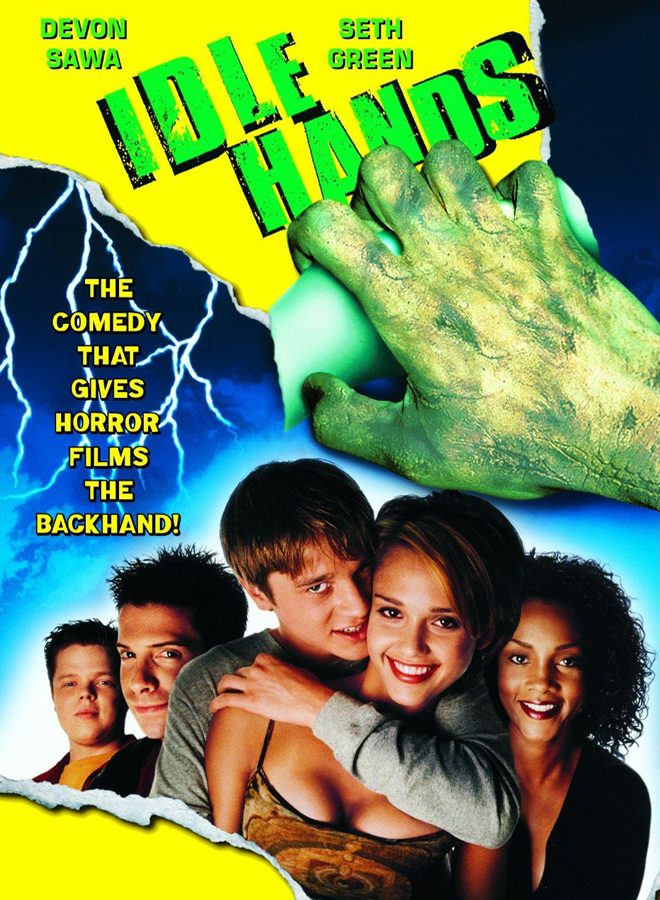