This week in Horror movie history, back on June 16, 1978, Shark Horror film Jaws 2 found its way into movie theaters across the USA. After the runaway success of Steven Spielberg’s 1975 original Jaws, Universal Pictures was clamoring to strike gold again with a sequel with the same crew and cast that survived the first go-around. Despite problems during production, Jaws 2 is considered by most to be the best of the series, cementing its spot not only in Horror history, but all of cinema history. 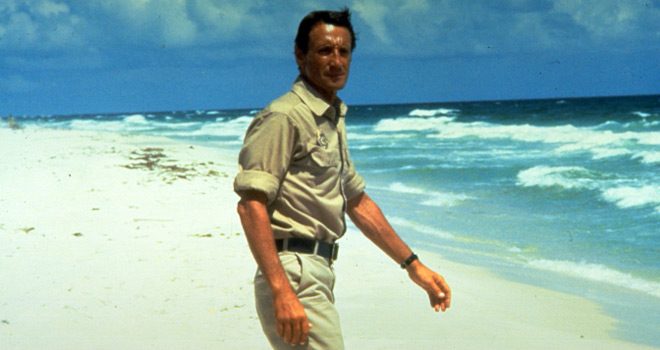 Jaws 2 begins with Amity Island trying to put the shark attacks that plagued the community a few years back behind them with the grand opening of a new hotel to draw tourists back to the beaches when a couple divers go missing. Then, a water-skier disappeared, followed by a killer whale washing up onshore with huge chunks eaten out of it.

The late David Brown and the late Richard D. Zanuck returned to produce Jaws 2, because they did not want to relinquish the property. However, Spielberg expressed little interest in directing a sequel seeing he had directed a”definitive shark movie” with 1975’s Jaws. As a result, John D. Hancock was tapped to direct the new film upon recommendation from Screenplay Writer Howard Sackler.

With all that in place, in the summer of 1977 production got under way with a script written by the aforementioned Sackler. However, Sackler’s script was reworked first by Hancock’s wife, Dorothy Tristan, before eventually being rewritten again by Carl Gottlieb, who had worked on the original film. Hancock would be dismissed from his duties as director and eventually the task was handed over to Jeannot Szwarc (Kojak series, Grey’s Anatomy series). Why all the drama? Well, apparently Universal and MCA executives were not happy with the dark direction of the script, wanting something more action oriented. As a result, Jaw 2 is what fans know it as today, but intrigue runs wild had they chosen the darker direction.

When it came time to get the Jaws cast back together, everybody was onboard, except for Scheider, who only came back to fulfill his contractual obligations to Universal. All in all, the actors and actresses slipped back into character like they had filmed the movie on the heels of the original. The shark character (the original affectionately named Bruce after Spielberg’s attorney – for the second, it was Bruce 2) was made from three versions: a platform shark, just a fin, and a full-body shark using the frame from Bruce. These effects were again done by the late Robert A. Mattey and Roy Arbogast. To get the shark’s movement down, Australian divers Ron and Valerie Taylor used footage they had shot that could not be believably achieved using the mechanical sharks. Regardless, Szwarc wanted the shark front and center. Given this, scar tissue was added to the shark as it attacked boats. 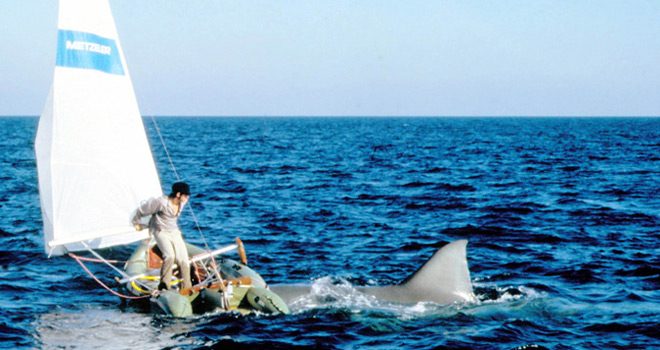 Filmed again on Martha’s Vineyard, the crew had to fight the environment, specifically tides, surf, and winds, jellyfish, real sharks, waterspouts, and hurricane warnings. The main problem was the saltwater eating the equipment. Despite these problems, shooting there again brought about $2 million to Martha’s Vineyard with extra job opportunities when Hancock helmed.

Then, when Szwarc took over, the rest of the shoot moved to Navarre Beach in Florida for the better conditions climate-wise and logistically. Again, the community profited largely by Universal renting hotel rooms and equipment, mainly boats.

As mentioned, Scheider was not terribly happy about returning for the role Chief Brody. He promised to do the role justice and, judging by the late actor’s final product, he did. In addition, legendary Composer John Williams returned to score Jaws 2, who kept the feel of the original, but tweaked for the serial feel of the film.

Leading into the premiere of the film, sponsors pushed their tie-in merchandise more so than the first film. There were trading cards from Topps and Baker’s bread, paper cups from Coca-Cola, beach towels, and a souvenir program with shark tooth necklaces, coloring and activity books, and a model kit of Brody’s truck. A novel by Hank Searls, based on an earlier draft of the film by Sackler and Tristan, was released as well as Ray Loynd’s The Jaws 2 Log, which chronicled an account of the film’s production. Even Marvel Comics published a comic book of the film by Writer Rick Marschall with Artists Gene Colan and Tom Palmer in Marvel Super Special #6, also based on the earlier script. 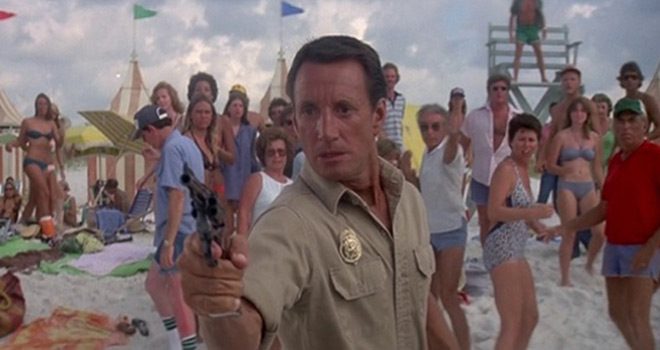 When Jaws 2 bowed, it grossed approximately $102.9 million in the US, and approximately $208.9 million worldwide as of 2004 on mixed reviews, which was less than half of the original’s take. Still, it made a good profit on its estimated $20 million budget, which was Universal’s most expensive film made at the time.

Overall, Jaws 2 continues to be a moneymaker throughout the years – first, when it came out on video in ‘80, and again in 2001 when it dropped on DVD. Spawning two more sequel, 1983’s Jaws 3-D and 1998s’ Jaws: The Revenge, Jaws 2 is often referred to as one of the best in the series. Complete with the famous tagline “Just when you thought it was safe to go back in the water…” Jaws 2 is still as memorable as ever. 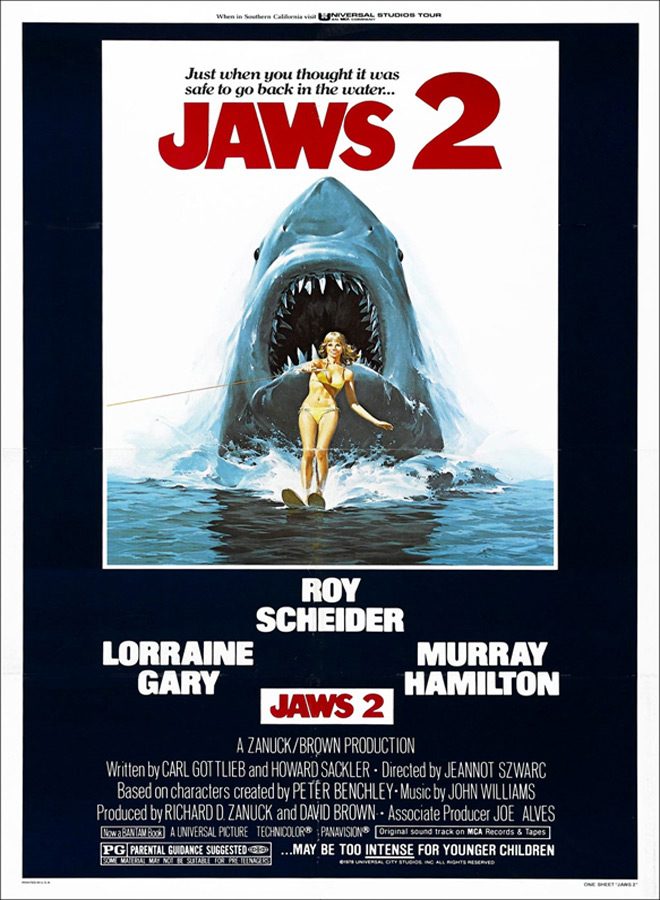 Purchase Jaws 2 on Blu-ray/DVD on Amazon