This week in Horror movie history, back on August 29, 1980, MGM/United Artists released the Horror/Slasher flick He Knows You’re Alone. One of the first to be put out few years after the success of 1978’s Halloween, just as the Slasher genre became all the craze in Horror, He Knows You’re Alone comes complete with that 1980s-charm, a cast of amazing actors, and…well, a slasher that only hunts down brides. 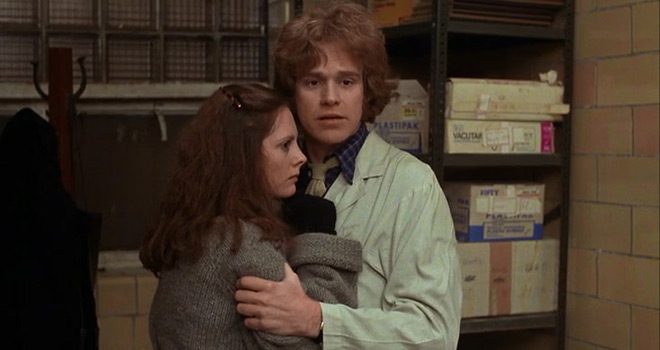 Made on a budget of an estimated $250,000, having been filmed entirely in Staten Island, NY in 1979 over a span of fifteen days, He Knows You’re Alone did something a lot of movies in the same vein dared not try, which was to build chills, thrills, and tension through character development. Getting to know each and every one of these characters is what sets this movie apart from many others. This could very well be because of the director, who is more known for directing episodes of many, many great TV shows: all of which need the presence of a strong cast, and a moving story to keep the eyes of the viewer glued to the screen.

New York born and raised Armand Mastroianni was responsible for what appears on the screen of this 1980 Horror gem. Marking his directorial debut with He Knows You’re Alone, Mastroianni went on to make 1986’s The Supernaturals, 1988’s Cameron’s Closet, as well as put many of his efforts into TV shows during the ’80s, such as the Tales From The Darkside series, War Of The Worlds series, and Friday The 13th: The Series. Quite a busy fellow.

For He Knows You’re Alone, Mastroianni chose a script from a lone writer named Scott Parker, whose only other film, of which he wrote, is 1980’s PG-rated Dark Comedy Die Laughing. Parker raised the stakes with He Knows You’re Alone utilizing quick and smart dialogue, an array of fun characters (along with their genuine on-screen interactions with one another), and some very fun Slasher-kills. The funny thing is, the title of the movie is never true! Someone is always around another person when the killer is stalking its prey, including the very beginning! As for said beginning: supposedly, 1997’s Scream 2 took the opening scene of He Knows You’re Alone for its own. With that aside, deep down within this Thriller is a film made with confidence, a sheer love for movie-making, and 90 minutes of a good time. 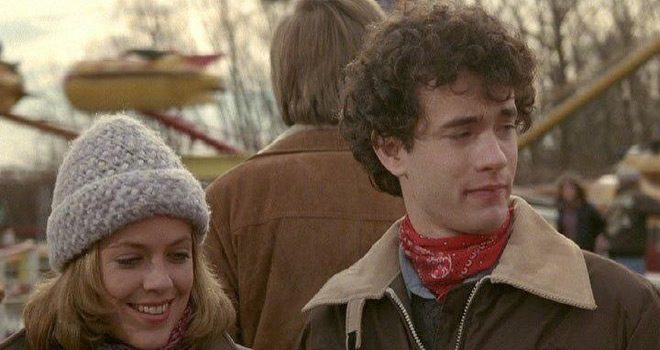 Bride-to-be Amy Jensen (Caitlin O’Heaney: Three O’Clock High 1987; Late Phases 2014) is having second thoughts about getting married. While her groom-to-be is out of town during a bachelor party, Amy is left to elude a deranged Bride killer (actor Tom Rolfing, who sadly passed away in 1990 with this movie being his only film credit). Helping Amy to cope with bridal woes, and maybe to score another chance to be with her, is ex-boyfriend Marvin (Don Scardino: Squirm 1976; Homer 1970).

What Horror movie, though, would be complete without the inclusion of Actors Tom Hanks (Big 1988; Cast Away 2000) and the late Paul Gleason (The Breakfast Club 1984; Die Hard 1988)? Hanks, making his big screen début in He Knows You’re Alone, stars here in a bit part as Elliot, while Gleason stars as Detective Frank Daley, whose character is hot on the trail of the Bride killer. Accomplished Actor James Rebhorn (Cat’s Eye 1985; Basic Instinct 1992) also makes an appearance here, as Professor Carl Mason, who is having an affair with one of Amy’s friends. Naughty, naughty boy, Mr. Rebhorn.

As mentioned, one of the first Slasher films that overtook the ’80s, for some odd reason, He Knows You’re Alone was heavily compared to the aforementioned Halloween, and that MGM tried jumping on the bandwagon to cash-in on the Slasher craze. First and foremost, does anyone remember that Friday The 13th was released in May of 1980, or that Inferno saw a release date in April of the same year, months before He Knows You’re Alone even saw the light of day? Or maybe even 1979’s Savage Weekend and The Driller Killer? Even still, while all of the mentioned films straddled the Slasher genre in their own way, He Knows You’re Alone stands alone on a shelf next to all the rest.

Furthermore, He Knows You’re Alone has a really cool score going for it, too, that has also been weirdly compared to that of Halloween. Composers Alexander Peskanov, along with his brother Mark, wrote a simple, yet fun synth-laden soundtrack that heightens each kill-scene, and even the scenes in which a character is being stalked. At times, when the high-pitched chord of the keyboard/piano is struck, one cannot help but smile at its sound because it gives the viewer a slight warning of what is to happen next. Now, if there were to be any comparison made to the score and sounds of He Knows You’re Alone, it would be more towards an homage to old Giallo-type films, and maybe even some of the old Twilight Zone episodes. 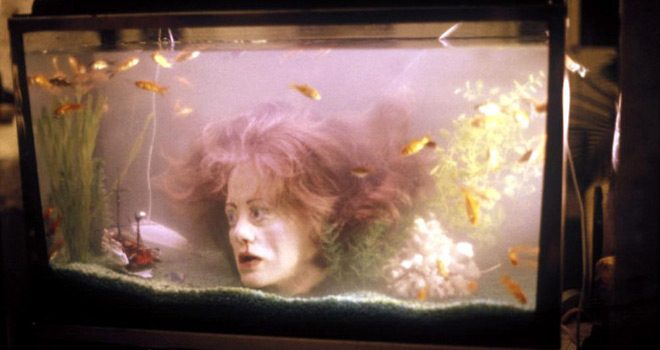 While in the theaters, He Knows You’re Alone grossed an impressive box-office accumulation of close to five-million big ones; and with a small budget, it is quite safe to state that, if MGM did want to only “cash-in” on the Slasher craze, this movie sure as baby-poo helped fatten the pockets of the company. What is important to know is that this movie had a bigger budget, and was even supposed to be shot in Texas, but when financing could not be established, Mastroianni moved the filming to Staten Island. Instead of a movie looking small-budgeted, he pinched every penny given to him, squeezed in large portions of heart, and mixed in some likable characters to make He Knows You’re Alone a staple in Horror history.

All this said, if 1975’s Jaws kept people out of the water when it was first released, and 1979’s Alien made one to wonder if anyone could hear a scream in outer space, then here is to wondering if 1980’s He Knows You’re Alone derailed many marriages before the words “I do” were ever uttered from the mouths of the bride and groom. 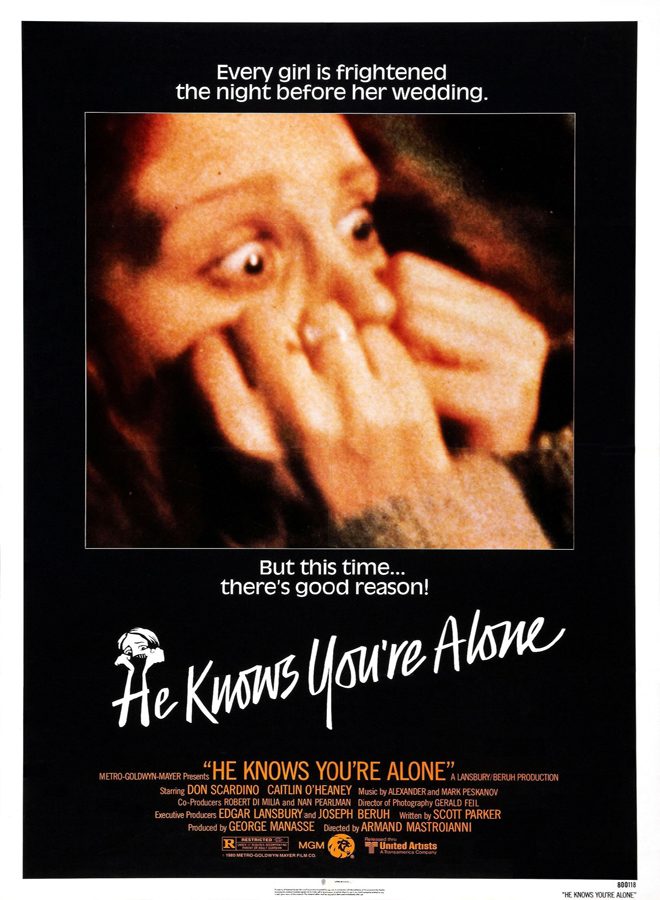