This week in Horror movie history, on January 12th, 1990, Leatherface reared his ugly mug—draped, of course, in someone else’s—in American multiplexes nationwide in the third installment of the horrific and beloved The Texas Chainsaw Massacre franchise. America was pulling itself out of the quicksand that was the Gulf War. China was re-calibrating from the cataclysmic Tienanmen Square protests, but somewhere in the dusty expanses of rural Texas, a golden chainsaw was muttering and whinnying inside of a rapidly expiring twenty-something. Trapped in a morass of studio cuts, Leatherface: The Texas Chainsaw Massacre III (hereafter called, TCM3) was a post-production boondoggle and the box office numbers reflected it, but these 28 years have been kind to it. TCM3 has clumsily carved its way into the hearts of legions of ardent splatter fans. 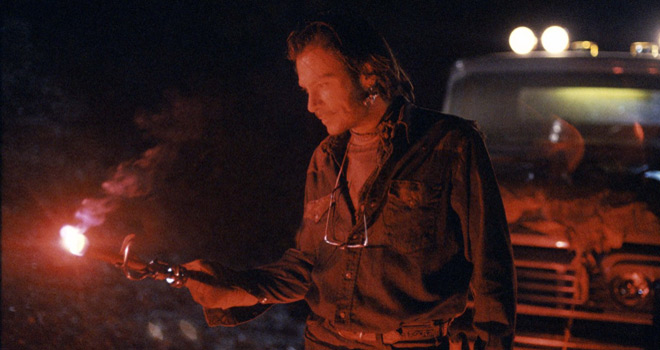 No stranger to sequels, TCM3‘s Director Jeff Burr (Stepfather 2 1989, Pumpkinhead 2: Blood Wings 1993) was a latter pick from a long list of proposed directors. At one time, the now-legendary Peter Jackson was attached, but eventually passed to begin writing and pre-production for what later became 1992’s Dead Alive/Brain Dead. Flying in the face of what would ordinarily be a death knell for weaker franchises—the changing of studio hands—Burr was not deterred and eager to get to work.

He told the story of young couple, Michelle (Kate Hodge: Rapid Fire 1992, Harold 2008) and Ryan (William Butler: Friday the 13th Part VII: The New Blood 1988, Night Of The Living Dead 1990), who are road tripping through the open expanses of Texas. It is understood instantly that Michelle is the alpha of the relationship with Ryan as the nebbish whiner. The radio interrupts the exposition of their flagging relationship with news of the excavation of a mass grave nearby; ostensibly, it is Leatherface’s discard pile.

The duo pull off the road to a gas station where they meet a seemingly desperate hitchhiker named Tex, played by a young and largely undiscovered Viggo Mortensen (Lord Of The Rings series, Eastern Promises 2007) and the sexual deviant gas station attendant, Alfredo (Tom Everett: Dances With Wolves 1990, The Curious Case Of Benjamin Button 2008). An altercation sees the couple off with Tex and Alfredo fighting in the dust behind them. 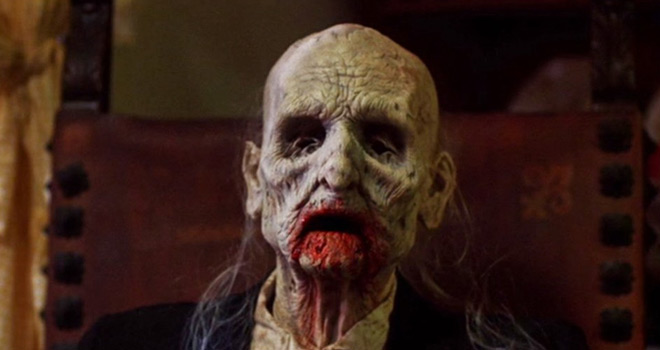 At length, Michelle and Ryan meet a burly survivalist named Benny, played by national treasure Ken Foree (Dawn Of The Dead 1978, The Devil’s Rejects 2005), who rescues the deliriously horrified couple from the grasp of murderous screwballs who are now pursuing them. Michelle is later captured by Tex and experiences the customary The Texas Chainsaw Massacre dinner table hospitality. After a few sequences of resplendent brutality, Michelle is facing the dripping jowls of death at the hands of “Junior,” A.K.A. the eponymous Leatherface (R.A. Mihailoff: Pumpkinhead 2: Blood Wings 1993, Hatchet 2 2010), but is rescued by Benny and his assault rifle. Lots of terror and small motor revving ensues and true to the franchise, our battered and bloodied femme fatale and her concussed survivalist hero speed away from a pursuing Leatherface.

The entire production was an uphill battle for Burr. New Line had not only reserved theaters nationwide for Halloween, effectively confining the production to a strict time limit, but they also had shot and released a teaser trailer before they even had a director for the film locked in. The breakneck pace was not even the beginning of the problems; New Line spent $700,000 of the $2.5 million budget just to buy the trademark rights from The Texas Chainsaw Massacre creators Kim Henkel and Tobe Hooper, so not only was there a profound time constraint, but now TCM3 was remanded to low budget status.

To add insult to injury, after post-production wrapped, New Line Studio Head Bob Shaye and the goons at the Motion Picture Association of America (MPAA) demanded massive cuts out of the director’s vision. In total, TCM3 was resubmitted for rating eleven times to get it down to an R-rating, which left it a mere shell and a The Texas Chainsaw Massacre film in name and presence of Leatherface only. The spirit of the prior two films was missing and, at the time, audiences felt that absence. Even with a wide release, it grossed a mere $3.3 million on its opening weekend and only $5.7 million at the end of its run. 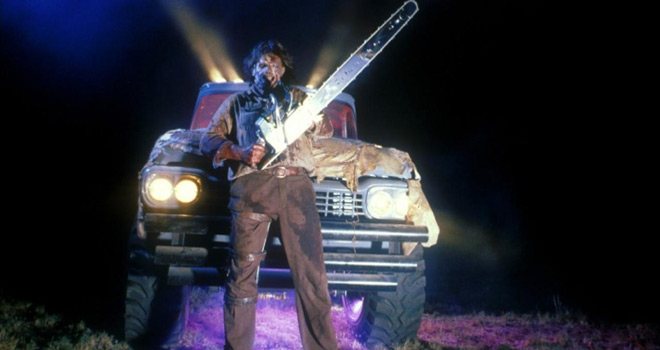 Some argue that the low box office numbers were due to its January release, having been stuck in cutting room purgatory for its projected Halloween window. Others insist it was because TCM3 forgot the soul of the original, and even perhaps the second. Regardless of the reason, Horror fans the world over have accepted TCM3 into the color palette of modern Horror and revel in the innumerable enjoyable aspects of it. Its history is endearing and to a nostalgia-heavy audience like gorehounds, a rich behind the scenes backstory is more than enough. In 2003, New Line Home Entertainment released it on DVD with both Unrated and R-rated versions included, and it now holds a place on the shelves and racks of millions of Leatherface loyalists around the globe.

Leatherface: The Texas Chainsaw Massacre III is a cautionary tale of what can happen when big business and rigorous policy gets commingled with artistry and storytelling. However, upon second, third, and hundredth viewing, any film can find its footing in an audience and TCM3 has more than enough going for it to make you look twice. The saw will always and forever be family. 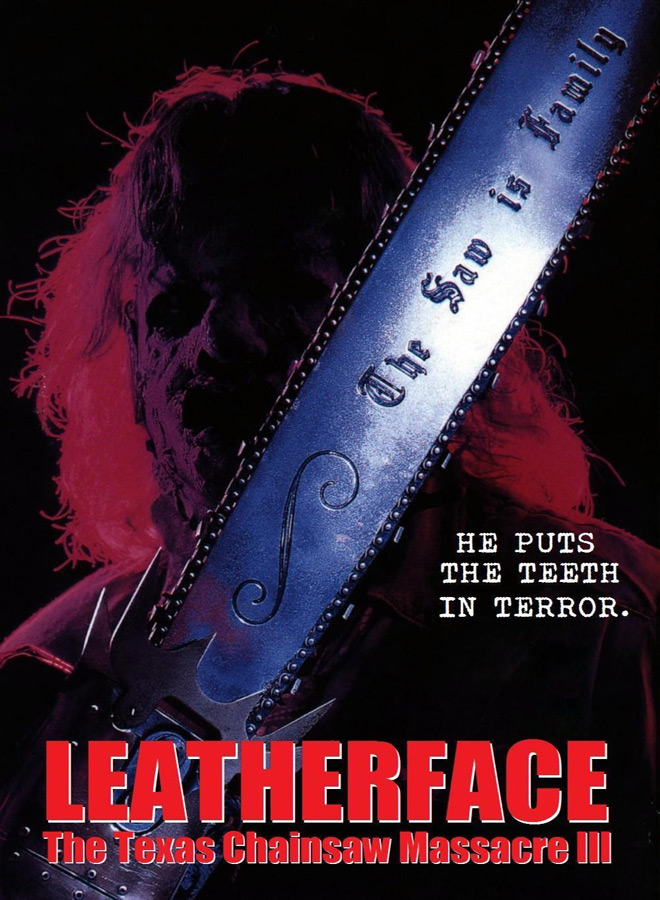