This Week in Horror Movie History – Night of the Demons (1988)

This week in Horror movie history, production company Paragon Arts International released Night of the Demons in Detroit, Michigan theaters on September 9, 1988. Going on to a broader North American release a month later, it is hands down one of the coolest Horror movies from the ’80s era. Besides a really cool cast of actors, Night Of The Demons also contains some slick practical SFX, and one heck of a great director behind the reins, Kevin S. Tenney. For those a little less in the know, Mr. Tenney is a very established writer and director, whose career began with the underrated, but not overlooked, spookfest in 1986, Witchboard. After Night of the Demons, Tenney went on to direct the films 1998’s The Arrival II, and 2007’s Brain Dead (2007), among many others. Most of all, Night of the Demons is a demonic cinematic party well-worth watching over and over again. 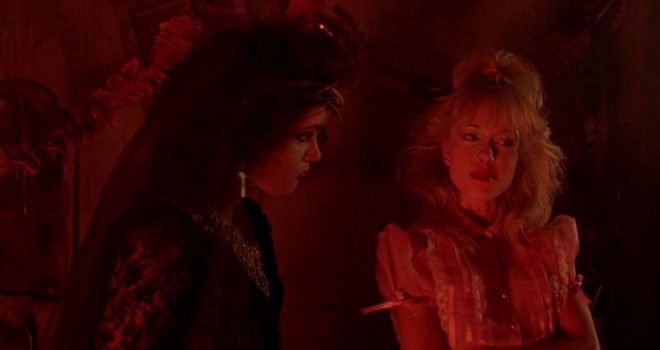 As with most Horror films released in the ’80s, it is rare to find one to be a complete waste of time to watch. Most of these ’80s films were “so bad, they were good,” while others seemed like they were going to be bad, but turned out to be really good, instead. This is where Night of the Demons comes into play. It is a movie which no one expected to be so full of great acting and lively characters, and contain a vibe so scary, and so creepy, it will send shivery chills up and down the spines of the viewer watching what horror unfolds.

As the story of the film goes: It is Halloween, and there is a party being thrown at an abandoned funeral home in a secluded area. The main host is Angela (Amelia “Mimi” Kinkade: Night of the Demons 2 1994, Night of the Demons III 1997) who has invited a few of her friends, which includes her best bud Suzanne (Linnea Quigley: Return Of The Living Dead 1985, Creepozoids 1987). At this party, Angela wants to “play a game” that includes having a seance. This seance awakens a dark presence in the basement of the funeral home. What awakens will set upon its uninvited guests a night they will never forget.

And neither will the viewer, because as the movie unfolds further and further, the scarier and creepier each scene gets. Now, while there are a handful of actors in Night of the Demons, including the aforementioned hosts, there are two that stand out the most. 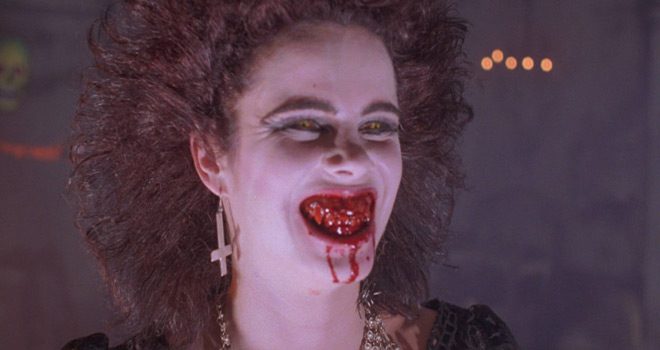 One, is Actor Alvin Alexis (The Brother From Another Planet 1984, The Wiz 1978) playing the character of Rodger. Lone Actor Alexis brings a lot of heart onto the grounds of Tenney’s film (and some much-needed comic relief) proving what amazing acting skills he has, showing the viewer exactly what fear looks like when one person is pitted against an army of possessed demons. What makes Alexis’ character also believable is that he keeps trying to escape! Who would not do the same thing!? As it turns out, this movie is Alvin Alexis’ biggest starring role, but while he is not acting in bit parts on TV shows, here and there, he is over in Philadelphia working for the Mosaic Theatre Productions.

The other actor is William Gallo, from the hit sitcom Who’s The Boss?, as well as 2004’s Crash, playing as Sal: a rough and tough fella with an attitude—but who also has a heart. Gallo has always done a fine job acting-out any part he is offered; so when seeing his face upon the little screen of this Horror masterpiece, it is a sight for sore eyes for many who have grown up watching his career in television advance over the years. 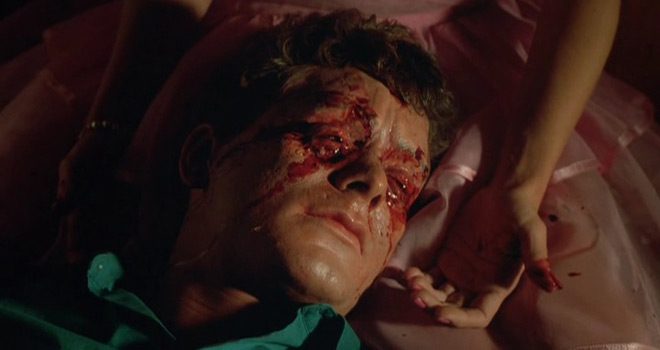 Director Tenney sure picked a great bunch of actors to make Horror, Comedy, and Suspense within the confines of a few thousand picture frames feel so real. On that note: helping to bring “real” to the reel is SFX Artist Steve Johnson (Big Trouble In Little China 1986; Highway To Hell 1991). Johnson, along with his masterful effects crew, created such scary-looking demons in this movie that will surely burn their evil images into the retinas of every viewer. One particular scene that pertains to Quigley is jaw-dropping, and is also the strangest part of the film—which is great because it adds that much more to the movie.

Johnson and his SFX crew proved that they had some seriously-serious imaginations brewing within their minds that were just begging to be freed. The make-up effects upon Kinkade’s face turned a pretty woman into a dastardly thing of evil. Here, in turn, unbeknownst to Johnson and his crew, Kinkade became the first Female Monster in Horror movie history. Because of this fact, Amelia Kinkade was honored in San Antonio, Texas at a film festival in 2016—dedicated just to her! How cool is that? She is also apparently able to communicate with animals, and has written many novels since her stint as Angela in the Night of the Demons trilogy. For a woman who scared the pants off many 11-year-olds watching her Horror movies on Cinemax back in 1989, she sure has made an even bigger name for herself since then.

A staple in Horror movie history, Night of the Demons continues to draw-in new fans to what lurks within the dust jacket of its Home Video releasing (or Blu-ray, nowadays). While this movie had been in theaters from September 1988-June 1989, it grossed just over an estimated 3-million-dollars, doubling its estimated budget. That is quite a neat feat for an Indie Horror film. 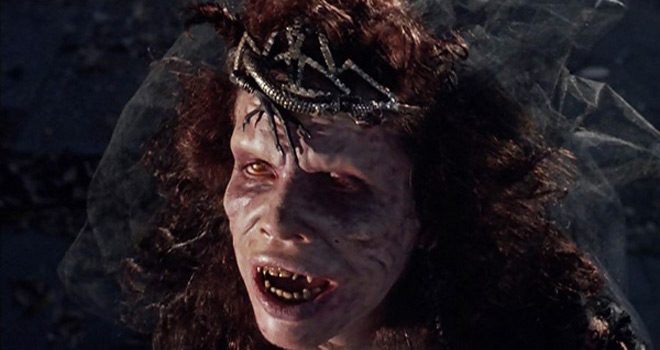 So, remember: if anyone is invited to a Halloween party, be sure to steer clear of any abandoned funeral homes, Ouija boards, and party hosts that go by the names Angela and Suzanne, for it may be the last party anyone will ever attend. 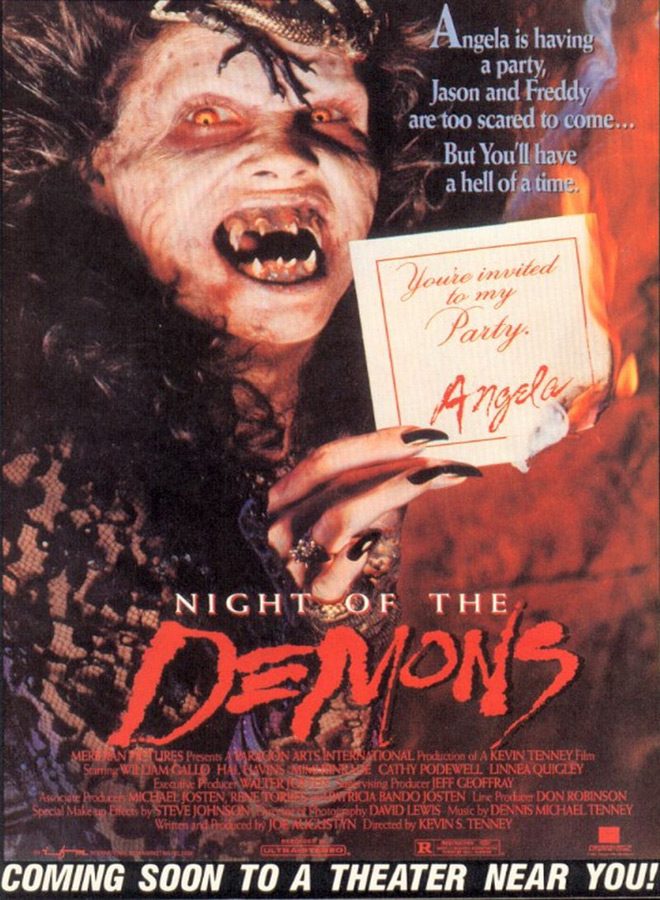