This Week In Horror Movie History – A Nightmare On Elm Street 5: The Dream Child (1989) 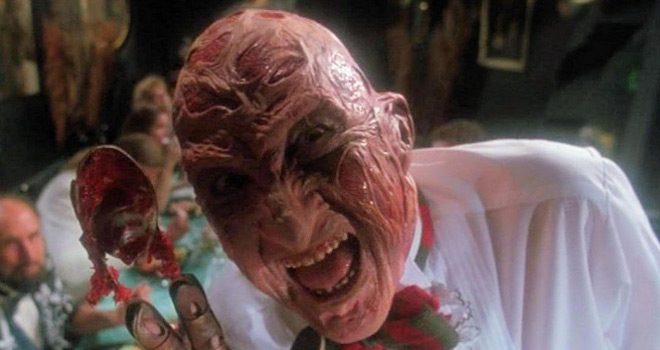 Sequels, sequels, sequels—they are everywhere, happily invading VHS and DVD players abound, or as a time-filler spent on a boring Saturday or Sunday afternoon when nothing else is on the telly, and, especially, after all the chores are done in the house. Movies-turned-franchises—such as 1974’s The Texas Chainsaw Massacre, 1980’s Friday The 13th, and 2004’s Saw—had sequels that either made or broke the bank, and were either welcomed and loved by fans, or disliked, being thrown away like a used tissue. As stated, Wes Craven’s original work, 1984’s A Nightmare On Elm Street also had a long run of such with seven sequels under its belt; and although it would be cool to drain the eyesight of the reader of what sequels were better than the other, one particular of the batch is, yes, A Nightmare On Elm Street: The Dream Child.

Eager to get started, Hopkins arrived on set, sat in his chair, looked over the cast crew, then instantly got everyone, and himself, straight to work. He did this successfully, completing the film with seconds and minutes to spare, and, in doing so, Hopkins caught the eye of Warner Brothers, which asked him to direct 1990’s Predator 2. The interesting thing about The Dream Child  is how Hopkins refused to have the infamous, Craven-made slasher, Freddy Krueger (Robert Englund: Eaten Alive 1976, V series), made out to be a bumbling clown that hogs all the stage-lighting in full view, spewing farty one-liners before his going in for a kill, all while not being at all scary—much the extremely popular 1987’s sequel A Nightmare on Elm Street 3: Dream Warriors and the highly successful aforementioned A Nightmare on Elm Street 4: The Dream Master.

Reflecting on the series, the first A Nightmare on Elm Street movie is scary, creepy, and humorous, while 1985’s A Nightmare on Elm Street 2: Freddy’s Revenge, being arguably the best sequel this franchise has ever seen, kept the vibe of the first movie, but with a different take on the original idea. With keeping things old-school, Hopkins approached The Dream Child in the same way, and like a champ, too, showing what he could do with whatever script was handed to him. Tapping into an old vein, Hopkins placed Freddy Krueger hidden in the shadows, hardly ever showing his face, which brought back the creepiness to the franchise. Because of this mere aesthetic, it was a success to some fans always eager for another Krueger film, and is probably the last “good” sequel out of the bunch—yes, in that it even surpasses the following two dull sequels released later in the ’90s. 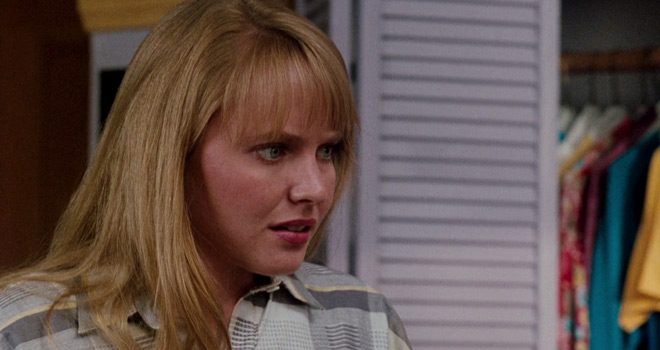 Original screenwriters John Skipp and Craig Spector were approached to write the script for The Dream Child, but their idea was later scrapped; and even though none of their story was used, whatsoever, this led the two screenwriters to fight for some kind of writing credit, anyway. Leslie Bohem (The Horror Show 1989, Nowhere To Run 1993) came aboard with a script, thus giving what became Part 5 of the Elm Street  franchise. There is also some speculation, though, that Hopkins, and a Michael De Luca (In The Mouth Of Madness 1994), both had a hand in revising the script.

Hopkins apparently worked with a budget of an estimated six-million dollars, and with what greenbacks he had, he used it wisely, making this sequel look fantastic. The Dream Child eventually made its money back with a box-office accumulation of a little over approximately 22 million dollars. Not bad, but this was a sign that maybe people were not that interested in Freddy anymore, which was a shame at the time because of the strong presence of Hopkins, the fourth one was more successful.

The Dream Child is a story of revenge, really, thanks to the hatred Krueger has for the main character, Alice (Lisa Wilcox: Watchers: Reborn 1998, Clinger 2015), who gave a beat-down to the finger-knived slasher in A Nightmare on Elm Street 4: The Dream Master. In order for a weak and ego-bruised Krueger to exact his revenge, he goes after the unborn child within the womb of Alice, who is pregnant—and, no, not from an immaculate Freddy-conception. Krueger uses this child to get to Alice’s friends, continuing to quench his thirst for the thrill of a kill, attempting a second standoff against Alice. 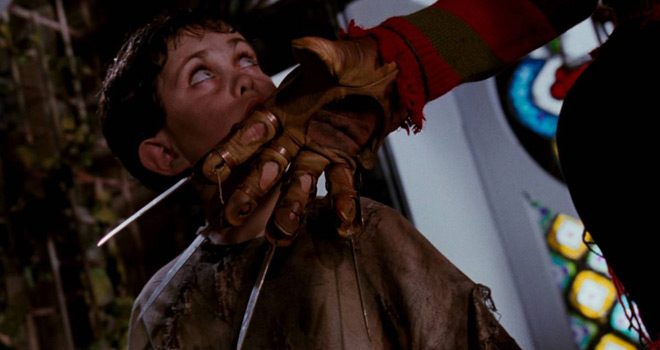 The Dream Child  has some great lighting effects—or lack of, which, at times, thankfully kept Krueger creeping in the shadows (mimicry of a real nightmare). It features some cool SFX, too, which are shown off during the demise of each character, including a motorcycle scene, and one of a dinner party where an eating binge goes wrong. Yes, The Dream Child comes complete with one-liners, privy to the yore of Krueger, but here, in this sequel, he is more sinister, and more frightening. He badly wants to stop Alice, destroying her will to live in whatever way he can. Hopkins and Bohem make this known with their result of a new-old, scary-again Freddy Krueger.

A Nightmare On Elm Street: The Dream Child may not have made any tidal waves in the wishy-washy business of Hollywood, nor was it the success for which New Line Cinema had hoped, but to Horror fans yearning for corny, tongue-in-cheek, Slasher-flick fun-time, it is a movie five-finger-knives deep in the vein of what made the original film so great. 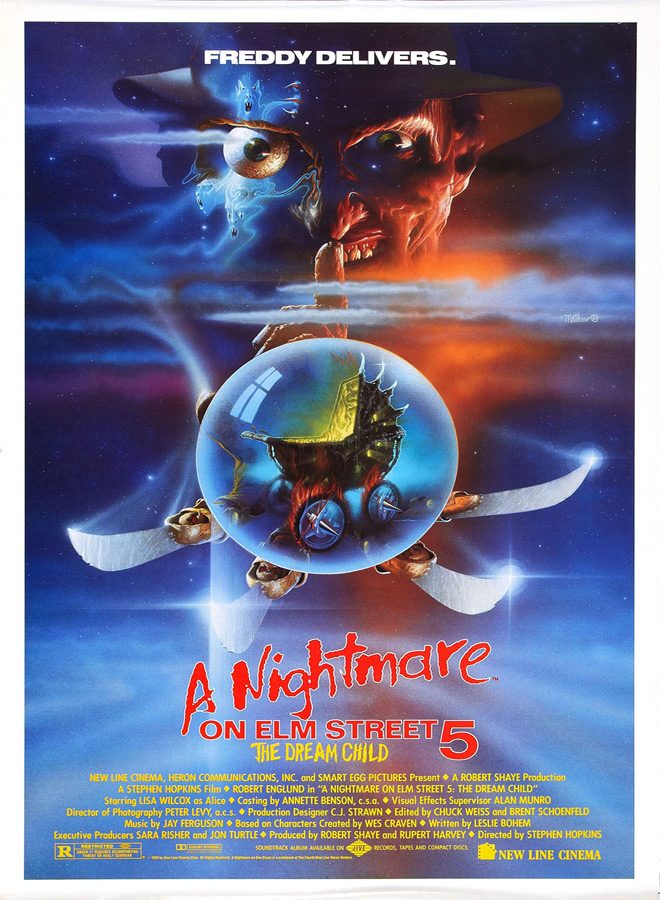