This week in Horror movie history, The Rage: Carrie 2 hit the box office on the weekend of March 12, 1999. Twenty-three years in-the-making: the sequel to the 1976 Horror movie classic Carrie took just over two decades to come to fruition. Directed by Katt Shea (Stripped to Kill 1987, Poison Ivy 1992) and moving somewhat left-field of the original, The Rage: Carrie 2 was a sequel that caught many by surprise. 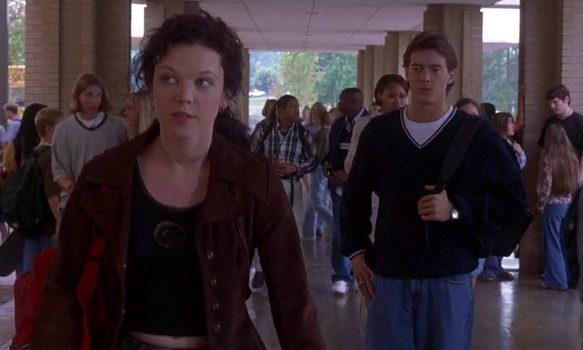 The film centers around Carrie’s half-sister, Rachel Lang (Emily Bergl: American Crime series, Desperate Housewives series), who, like the original heroine, is telekinetic. With her mother institutionalized years earlier, Rachel is now a teenager who lives with foster parents and is struggling through that most traumatic of times: high school. To add additional agony to the mix, Rachel has also just lost her best friend, Lisa (Mena Suvari: American Beauty 1999, American Reunion 2012) to suicide.

In the depressive haze following Lisa’s suicide, Rachel begins to believe that it is football player Eric (Zachery Ty Bryan: Home Improvement series, The Fast and the Furious: Tokyo Drift 2006) who is truly at fault for her bestie’s death. It seems that Lisa had lost her virginity to Eric in what was ultimately just a game amongst the football players, a point system, if you will. Rachel takes matters into her own hands and reports Eric to her school counselor, Sue Snell, played by the only original cast member to return to this production, Amy Irving (Carrie 1976, Yentl 1983). Of course, having been acquainted with Carrie White, it takes Snell no time to figure out that Rachel is also telekinetic.

In a twist of great irony, Rachel ends up enamored with hunky football-player Jesse, played by Jason London (The Man in the Moon 1991, Dazed and Confused 1993). Also predictable is the fact that the football players learn that Rachel has tipped off school counselor Snell and the local authorities to their heinous game and they seek to intimidate and torment Rachel, thereby preventing her from being any further “trouble.” What is somewhat hackneyed and stilted all culminates in a final party scene that is now iconic to modern Horror. 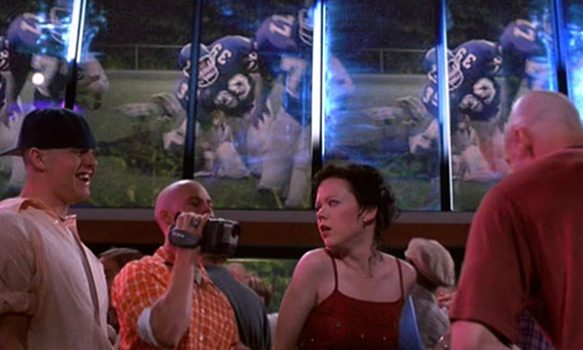 There is no denying the simple fact that The Rage: Carrie 2 paled in comparison to its predecessor.While it was released to generally poor critical reviews, it was the second largest draw at the box-office on its opening weekend. Worse was the fact that the film bombed financially, grossing approximately $17 million domestically against a $21 million production budget.

The death-stroke to any film, however, is its reviews; and critics and moviegoers alike panned Carrie 2 for its failure to capture the essence of the original, and its creepy yet believable plotline. Roger Ebert said it best when he stated: “The original Carrie worked because it was a skillful teenage drama grafted onto a Horror ending.” The Rage: Carrie 2 contained a plot that was purely recycled from the news headlines of the time, with a telekinetic half-sister tossed in to grasp onto the infamy of the original.

With 23 years between the two films, any continuity had long been lost to the sands of time, while the idea of Carrie White suddenly having a half-sister seemed exploitive. In fact, Sissy Spacek, the original Carrie, turned down the offer of a cameo in the sequel, though she did ultimately give permission for her likeness to appear in the film. Also hurtful to continuity between the two films was the passage of two decades and a cast of ever-changing directors. Carrie 2 would originally start production in 1996, under the name “The Curse,” only to be immediately stalled for two years. In 1998, the film would begin production a second time, now with the title “Carrie 2: Say You’re Sorry” and Director Robert Mandel at the helm. Within a matter of weeks, Mandel would quit and Katt Shea would take up the director’s chair.

While the film was lacking in cohesion with the original it was billing itself off of, the soundtrack to the sequel was equally schizophrenic: a horrifying mess with Metal giants Type O Negative, Fear Factory, and Paradise Lost appearing beside the likes of Nirvana-wannabes Trailer Park Pam, Hard Rock band RA, Rap/Rockers Five Times Down, Morrissey-clones Sacks, and the sinsemilla-smokin’ rappers Buddha Monks. A good soundtrack can truly boost a movie from something mediocre to something noteworthy: the musical component of Carrie 2 was an unfortunate mirror of the film; flawed from its very beginnings and unlovable for even the biggest of die-hards. 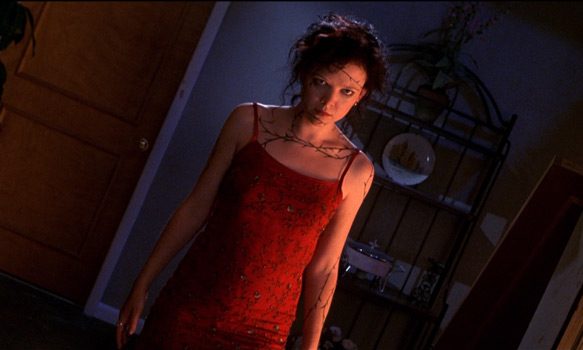 Sadly, The Rage: Carrie 2 failed on multiple levels: from its plot, to its presentation, to its soundtrack. Despite all of its failures, however, one must agree that the final party scene is an iconic moment in modern Horror cinema. Featuring more blood and gore than its predecessor, while heavily flawed, The Rage: Carrie 2 is still a worthy watch for Horror lovers. 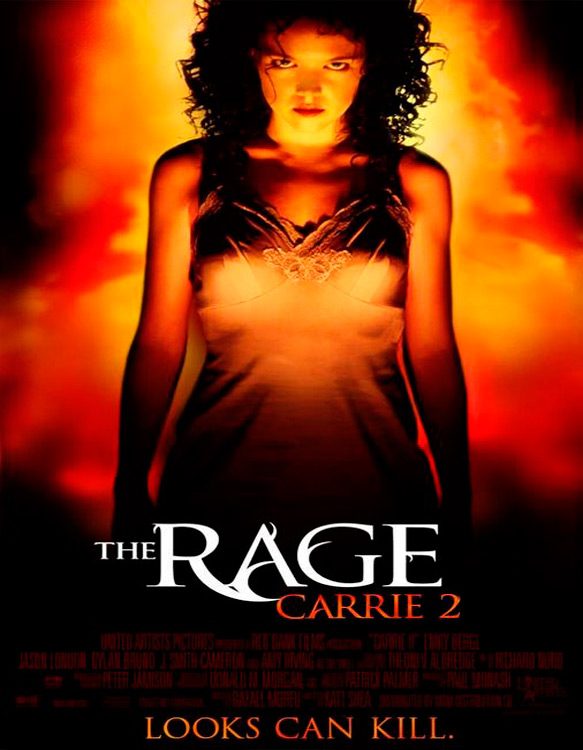