Released on Valentine’s Day weekend alongside Adam Sandler classic The Wedding Singer, and the forgettable family Comedy The Borrowers, the reception for Sphere was mostly negative from critics. Only receiving a bit more positivity from fans, it has gained somewhat in popularity in subsequent years. Not an Action film by any stretch, Sphere has more going on (ahem) under the surface, and is perhaps worthy of another chance for those who saw it back in the day and dismissed it as a derivative genre film. 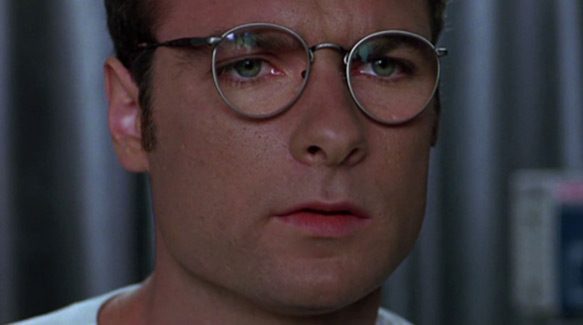 The story centers around the discovery of what is thought to be an alien spacecraft at the bottom of the ocean. The government and scientists working the case estimate that the craft has been there for hundreds of years, with humanity none the wiser. In order to examine and understand the mystery, the government recruits and assembles a team of experts to explore the craft in the depths, and so begins the adventure.

Starring an impressive cast including frequent Levinson collaborator Dustin Hoffman (The Graduate 1967, Kramer vs Kramer 1979), Sharon Stone (Basic Instinct 1992, Casino 1995), Samuel L Jackson (Pulp Fiction 1994, The Hateful Eight 2015), and Liev Schreiber (Scream 1996, The Painted Veil 2006), whose characters are a psychologist, a biochemist, a mathematician, and an astrophysicist, respectively, the crew are taken to a fully furnished living and research station on the ocean floor called the “habitat.”

The characters have a decent amount of time to connect themselves to the viewers, and many have seen their types before. Hoffman’s character, Dr. Goodman, is the straight-laced protagonist; Jackson’s Adams is the cynic; and Schreiber’s Fielding is the token eccentric. As one might have guessed from the names, the actors are all excellent and they each bring a solid portrayal of these characters. The exploration of the derelict craft has the steady, deliberate pacing needed, but lacks somewhat in impact. It is not until the crew make two discoveries that the intrigue really picks up. 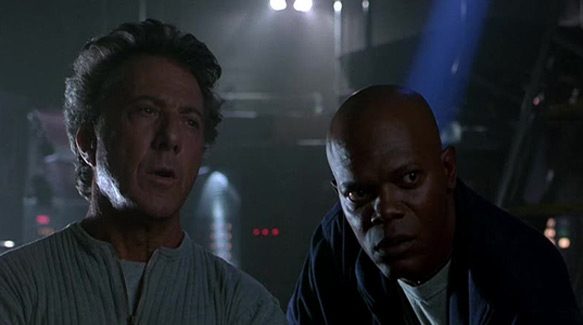 First, they ascertain that the ship is not alien, but shockingly, it is American. So there is an American spacecraft which has been sitting on the ocean floor longer than the country has existed, powered and equipped with technology far surpassing anything the world has ever known, and was on a mission to secure an unknown item of great scientific importance. The second discovery is of course the titular sphere – a perfectly round mass of unidentifiable fluid that, as Dr. Goodman keenly notices, reflects everything around it except for the people in the room. Soon after, the sphere starts showing its power, and we learn that not only can it see everything that happens on the habitat, but it has the ability to manifest the fears of the crew.

These two mysteries drive the plot, and for a little while it all goes well. The supporting cast, which includes Queen Latifah (Set it Off 1996, Chicago 2002) and Peter Coyote (E.T The Extra – Terrestrial 1982, Bitter Moon 1992) round out an already stellar cast nicely, and the scenes of death and destruction wrought by the sphere, nicknamed Jerry by the crew, are harrowing. There is also a scene earlier on, when Jackson’s character actually goes into the sphere that is chilling, not only because of the way it looks, but because of the unknown but inevitable consequences. Unfortunately, the film seems to lose steam somewhere in the third act.

Overall, the journey is enticing and will pull any Sci-Fi fan or casual viewer along the ride. It plays out like a mix of mystery and mindbender in a solid Sci-Fi setting, but by the end, many have said that there is too much that goes unreconciled. It is up to the viewer to decide that, but if you are one of the aforementioned viewers who have not seen this in a long time, Sphere certainly has enough going for it to warrant a second chance. The cast does an excellent job with a less than stellar script, and there are more than a couple of scenes that will stay with viewers for a while after, something that every psychological film aims to achieve. Levinson and the actors make the most out of it, and are able to lift what would have been a near waste into a compelling, if imperfect Sci-Fi Thriller. 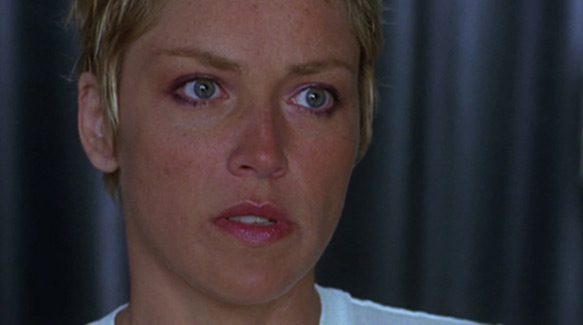 Initially scheduled for release in December of 1997, when Sphere did open the weekend of February 13th in 2,814 theaters, it brought in approximately $18,586,765, which is massively underwhelming considering the film’s estimated $80,000,000 budget. By the end of its box office run in April, it grossed approximately $36,976,367 nationwide, less than half the production cost. It should be noted that the film was plagued by production issues for quite a while.

As mentioned, it was pushed back, originally set to finish production in 1996, but cost concerns halted the project until March of 1997, at which point it was shot in 68 days. One has to wonder if the film’s rough edges and unsatisfying story arc could have been different had the project gone more smoothly. A movie can be hobbled by studio problems in more ways than one could count, it is a story as old as Hollywood itself. Still, it is a testament to the talents of the people on screen and behind the camera that they were able to slog through the mess and salvage the best parts that the movie offers. 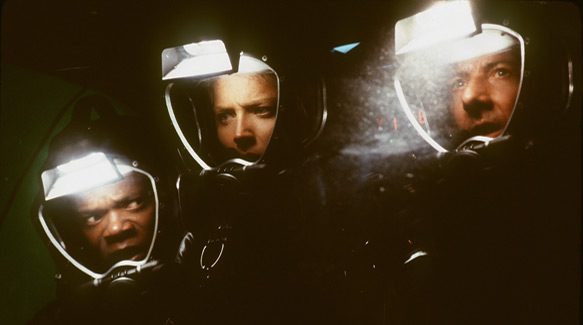 Sphere remains one of Crichton’s forgotten stories, largely due to the massive cultural success of the Jurassic Park films, and the weak impact the film had on the public and Sci-Fi audience in particular. Sphere would be outshined only a few short weeks after its release by the superior Sci-Fi Thriller Dark City, but time has healed the negative reputation that followed this film for some years. While it may not be the best the genre has to offer, its core elements of suspense, psychological breakdown, and humans going up against something far greater than them, are all there in solid form. Whether a first time viewer or an old viewer, there is plenty still here for Sci-Fi lovers to savor. 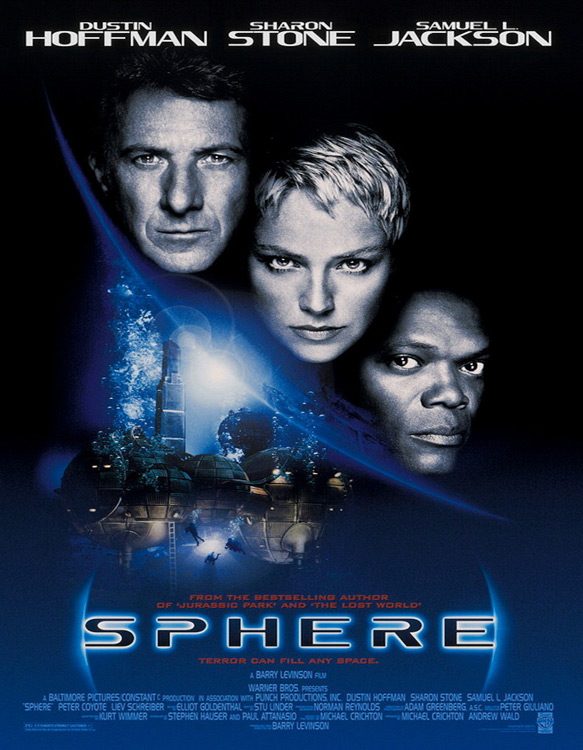