This Week In Horror Movie History – The Stepford Wives (1975)

This week in Horror movie history, on Wednesday, February 12th in 1975, Producer Bryan Forbes (Seance on a Wet Afternoon 1964, The Whisperers 1967) and Screenwriter William Goldman (The Princess Bride 1987, The Ghost and the Darkness 1996) bestowed onto us one of the most satirical Thrillers in Science Fiction/Horror history, The Stepford Wives. Distributed through Columbia Pictures, and though it had moderate success at the time of its release, over the years its has become a cult classic for many movieviewers. In fact, since the film’s initial release, it has become quite the favorable concept, with several sequels and a 2004 remake with an allstar cast including Nicole Kidman, Matthew Broderick, Bette Midler, Glenn Close, as well as Christopher Walken to its name. It even inspired the 1998 film Disturbing Behavior! So let us look back on this often overlooked Thriller a bit closer. 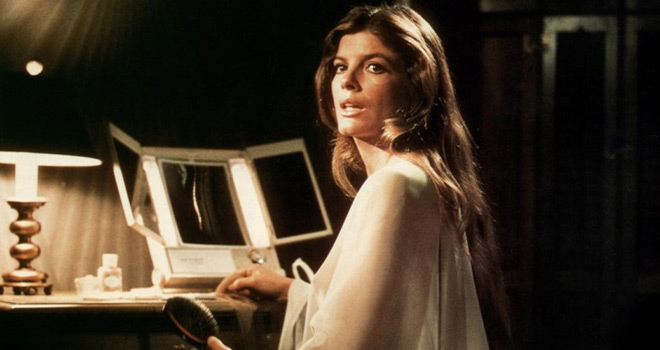 The Stepford Wives tells the story of intelligent, forthright, and beautiful Joanna Eberhart (Katharine Ross: The Graduate 1967, Donnie Darko 2001), who comes to a quaint, quiet little town in Stepford, Connecticut with her family. She soon discovers that there is something deeply disturbing about the town and oddly perfect wives that reside there for their husbands. It seems that the woman are all strangely consumed with having the best homes, the best children, and overall the best husbands.

What remains so brilliant about The Stepford Wives is that it follows the 1972 Ira Levin novel of the same name almost to a T. While most film directors try to strive away from the movie being completely like its written predecessor, that is rather unfair. That is not to say that it is not okay to take some creative license at times, but films like The Stepford Wives have proven that if the story isn’t broken, don’t fix it.

Forbes’ The Stepford Wives works in so many ways, keying in on the still relevant topic of losing one’s own individuality to conform to social norms. Its an intelligent film with a macabre sense of humor while making a social comment about society, with the Stepford wife constantly serving as that metaphor throughout the film. It is funny in an unsettling sort of way in which these seemingly perfect women come together to exchange recipes and compare floor polishes, but its all done in a rather witty manner. Released during the ’70s, an era that dealt with the hotly debated issue of the image of a woman, where she fit into a what was and still mainly is a patriarchal society, The Stepford Wives is timeless in its own right. Furthermore, it begged the question of how far a man will go to keep a woman contained in her idealized traditional role. 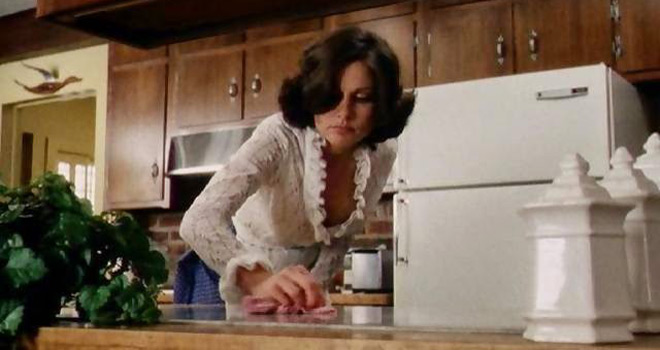 Making sure it would be an effective story, casting was done very well. There is Katherine Ross taking on the lead as Joanna Eberhart, who arguably never played a more impactful role in her career before or after The Stepford Wives. Then there is Paula Prentiss (Where The Boys Are 1960, Buddy Buddy 1981) as “Bobbie.” Additionally, the supporting cast is very memorable with Patrick O’Neal (The Way We Were 1973, Under Siege 1992) as “Diz” and Tina Louise (God’s Little Acre 1958, Gilligan’s Island series) as Charmaine. In addition to the phenomenal acting, Michael Smalls’ score did wonders for the film, creating a suspenseful feel throughout. Ultimately, the music led to creating quite the creepy, seductive ambiance.

Interestingly enough, tension had developed between Forbes and Goldman over the casting of Nanette Newman (Forbes’ wife) as Carol Van Sant. Goldman had a vision for the wives to be beautiful, seductive, model type women. Newman however did not fit the bill for this type of role, which resulted in the changing of the whole entire wardrobe for all the wives in the film. Even though Goldman had a separate vision for what he wanted the idealized wives to be, Newman turned out to be a good choice for the role.

While everything came out well in the end, the production of The Stepford Wives did not come without its fair share of headaches. In particular, Forbes toned down Goldman’s original ending. Even though we may never know what would have been, it merely adds to the story behind the film. 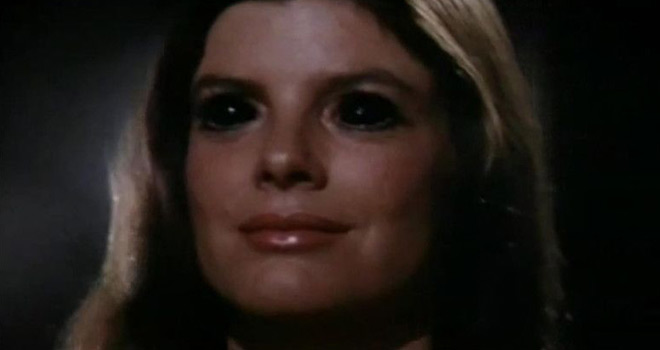 Though The Stepford Wives has always worked as a one stop experience, it has become a film that is loved as a cult classic and a cultural treasure that still stands up to today’s thriller societal commentaries. Goldman later stated in the 1992 book Shoptalk the film “could have been very strong, but it was rewritten and altered, and I don’t think happily of it.” Though Goldman had his fair share of vocal opinions about the film, it is a rare classic that makes us stop and think about the social/political climate of men and women, as well as a subhuman culture that comes from conformity and the power of money’s way of buying perfection.

The Stepford Wives is a film that shows paranoia of the traditional male sex and how their views and attributes can be jeopardized by the modern female. Contesting man’s self-absorbed approach to gender, a subject that sadly has changed little over time, The Stepford Wives still serves a pertinent place in any Thriller movie cabinet. 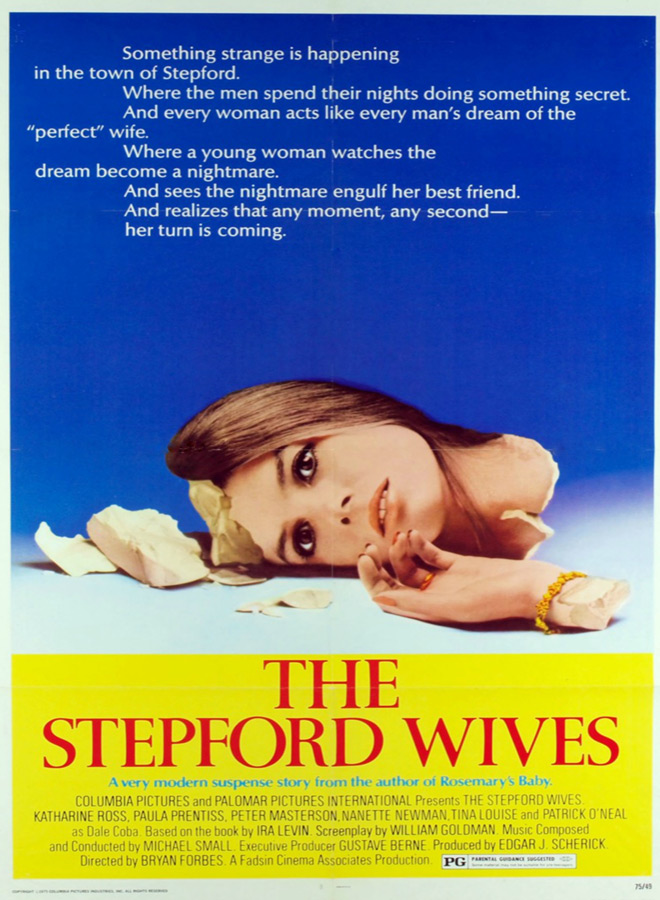