This Week In Horror Movie History – The Toxic Avenger (1986)

This week in Horror movie history, back on April 11th of 1986, Troma Entertainment released, or more precisely unleashed, The Toxic Avenger in the United States. Known for their plethora of B-movie releases which made use of gory effects, scantily clad women, over-the-top acting, and storylines, Troma initially released The Toxic Avenger locally in New York City back in 1984, but unfortunately it received little attention. Soon catching on after a lengthy midnight movie showing at the Bleecker Street Cinemas, the film earned a wider US release two years later, and has retained its cult status three decades since. 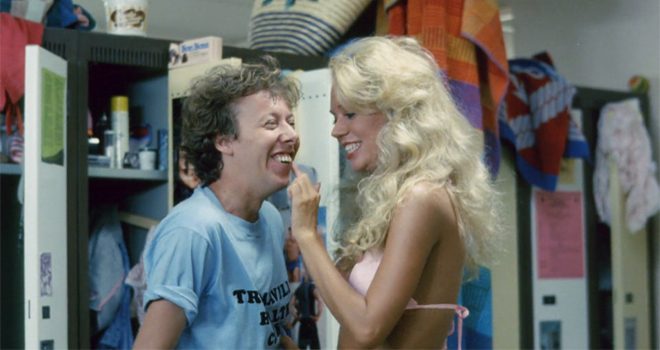 Directed by Michael Herz and Lloyd Kaufman (credited as Samuel Weil), the script written by Kaufman and Joe Ritter, The Toxic Avenger is highly regarded as the film that “built the house of Troma.” Set in the toxic wasteland of New Jersey, The Toxic Avenger is born when a bullied gym mop-boy, Melvin Junko (Mark Torgl: Toxic Tutu 2016, Return to Return to Nuke ‘Em High Aka Vol. 2 2017) falls into a barrel of bubbling radioactive waste.

The story begins with a bumbling Melvin working in the Tromaville Health Club where he is a target for constant ridicule by a vicious clique of heartless killers – Bozo (Gary Schneider: Class of Nuke ‘Em High 1986, Beach Balls 1988), Slug (Robert Prichard: Class of Nuke ‘Em High 1986, Alien Space Avenger 1989), Julie (Cindy Manion: Blow Out 1981, Preppies 1984), and Wanda (Jennifer Baptist: Class of Nuke ‘Em High 1986, Goodbye, New York 1985). A ruthless group of miscreants, they spend their time running down pedestrians for points in their own twisted game of road kill. When Melvin finally annoys the group to the point that they can no longer take his stupidity, Julie tricks him into dressing up in a tutu in order to meet for a secret liaison in the darkened pool room. When the lights come back on, the entire club is there to witness him kissing a goat. Afraid and embarrassed, Melvin is chased into jumping out of a window into a truckload of open radioactive waste containers where he is then transformed him into the hideous title monster.

Now an outcast, due to his grotesque appearance, Melvin creates himself a home within a junkyard. Big, buff, and pissed-off, he takes revenge on those who pushed him around and take advantage of law abiding citizens in Tromaville. In his adventures of heroism he meets love interest, a blind woman, Sara (Andree Maranda: Two Top Bananas 1982), when saving her from being raped during a robbery of a local fast-food restaurant. Showing he is not to be messed with, Melvin rips the arm off the potential rapist, using the bloody limb as a club to fight the gang, resulting in Melvin and Sara soon falling in love.

From here, the pair split time between Sara’s apartment and Melvin’s home in the city dump as he continues to fight crime. Angered by the vigilante actions of Melvin, the town’s crooked Mayor Peter Belgoody (Pat Ryan Jr.: Class of Nuke ‘Em High 1986, Mannequin 1987) looks to snuff The Toxic Avenger out. Will Melvin prevail and help restore justice in Tromaville, or is he done for? 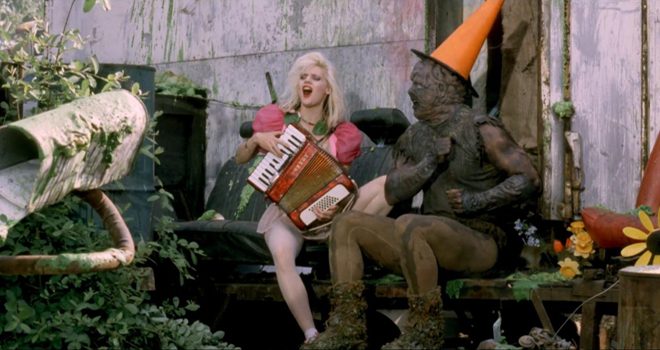 Interestingly enough, the early thinking of what became The Toxic Avenger came when Kaufman was working as a pre-production supervisor on the set of Rocky in 1976. Interesting in making a Horror film that involved a health club, the idea snowballed from there and the working title of Health Club Horror soon became The Toxic Avenger. A rather humorous fantasy-like Horror flick, what attracts fans to this deformed monster hero so much?

Well, The Toxic Avenger shows an awkward, weak individual transforming into an unlikely hero. With the tagline “He was 98 lbs. of solid nerd until he became…The Toxic Avenger,” the film immediately creates intrigue. That said, perhaps people see a little bit of themselves in Melvin; helpless in a society full of bullies, eager to fight bac. While goofy, and no doubt over-the-top, the film also shows that love is literally blind, as seen between Melvin and Sara.

Shot in and around Northern New Jersey, there are several scenes that use the iconic Manhattan skyline as a backdrop, but for residences of the Garden State, it is exciting to see their home get some exposure. Full of entertaining moments, The Toxic Avenger was also not without its gory. In fact, the film’s final scene of violence, Melvin tearing the guts from the mayor, is the cherry on the cake of many that had gorehounds cheering.

The growing popularity of the film resulted in three not as successful sequels, an equally campy 2008 stage musical, a Comic series, and a children’s TV cartoon. Airing in 1991, the short-lived animated children’s show, Toxic Crusaders, starred “Toxie” and a team of super-mutants fighting against alien polluters. Quickly pulled after only thirteen episodes, it also resulted in a toyline and remains an adored childhood memory for kids of the time. 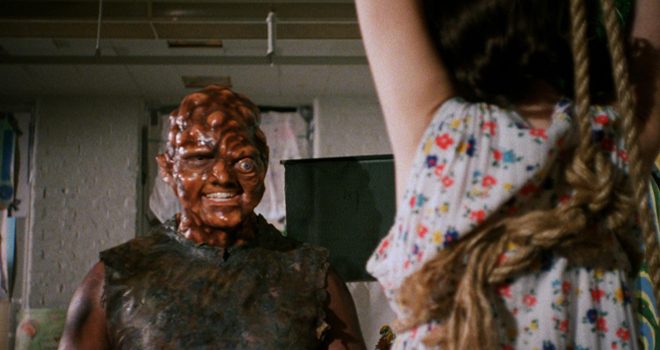 Something to be proud of, Troma Entertainment still goes strong all these years later, proving there is still a place for low-budget Horror films. In fact, Lloyd Kaufman is somewhat of a cult hero himself in the Horror community, regularly attending conventions and humbly signing autographs and taking photos with fans free of charge. Overall, by modern standards, The Toxic Avenger is poorly acted and equally absurd, but taken in context, the film continues to delight audiences looking for some cheap thrills and a good laugh all these years later. 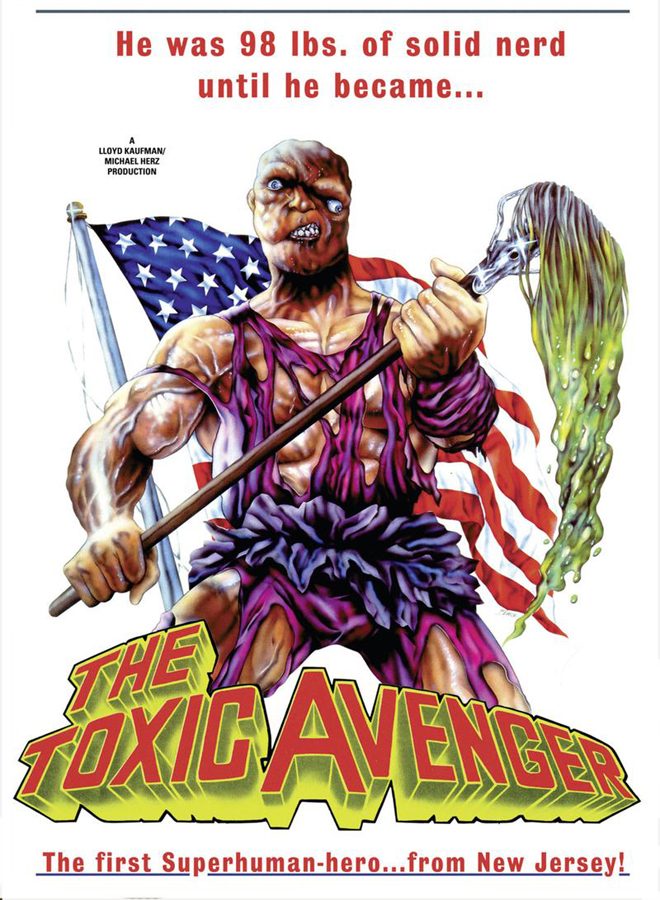