This week in Horror movie history, back on December 15th of 1974, Young Frankenstein made its cinematic debut through 20th Century Fox. Co-written by Mel Brooks and the late Gene Wilder, and starring the latter as the titular character, it has become a Comedy classic. 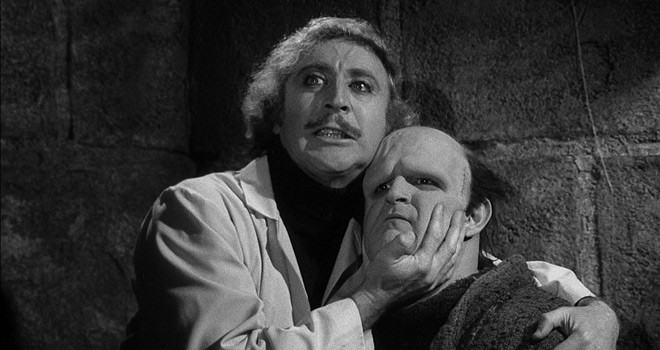 Reportedly earning over 86 million dollars on a budget a little under 3 million dollars, Young Frankenstein was nominated for, and won, many awards. Debated by many as one of the funniest films of all time, it stands alongside 1967’s The Producers and 1974’s Blazing Saddles as one of the best Brooks and Wilder worked on. Although, compared to those two films, it also sticks out. That is not just because it is black and white or apes the Universal Frankenstein films than playwrights or cowboys. It is that its lampooning seems more affectionate than scouring.

The aforementioned The Producers is cited as the most effective comedic evisceration of the Nazis since Charlie Chaplin’s 1940 film The Great Dictator, making them out as clowns with their ridiculous routines. Blazing Saddles was cited as being the film that killed off the Western as a Hollywood standard by comedian Rich Hall in his 1987 documentary How the West Was Lost, noting its subversion of its tropes through its casting and its jokes. Young Frankenstein is not quite as vicious towards its source material. If anything, its humor is more of the nudge-wink variety.

For example, the original 1931 Frankenstein was notorious in its day for a scene where Boris Karloff’s monster chucks a little girl into a river, drowning her. In Young Frankenstein, Peter Boyle’s monster and a little girl take turn dropping things down a well. When they run out of stuff, the girl asks him what else they could throw, to which the camera cuts to a close-up of the monster giving an uneasy yet knowing look towards the audience. This is the most famous example, but there are also gags based from 1935’s Bride of Frankenstein – where the doctor’s fiancée gets an up close and personal introduction to the monster – and 1939’s Son of Frankenstein with Gene Hackman’s blind man character, and Marty Feldman’s Igor…or is it Eye-gor? 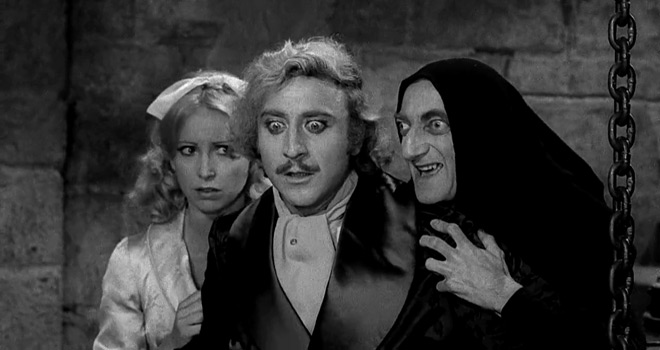 This may be due to the addition of Wilder to the writing process. In fact, the idea of Frankenstein’s grandson Frederick inheriting his grandfather’s estate and his work was originally Wilder’s to begin with. He was the one who reached out to Brooks to direct and help with the screenplay. Brooks had been reluctant to accept, saying “Not another! We’ve had the son of, the cousin of, the brother-in-law. We don’t need another Frankenstein.” Yet, it was the twist of Frederick wanting nothing to do with the reviving business that made him accept, simply saying it sounded funny. Though Wilder had his own terms; that Brooks should not appear on screen, worrying his performance would break the fourth wall a little too much. Brooks accepted this, but he does make an audio cameo as a howling wolf.

This was not to say they did not have their disagreements though. Brooks felt Feldman’s ‘walk this way’ gag was too corny, and he was going to have it cut from the final film until it got a great reaction at a test screening. He also did not want to add the famous ‘Puttin’ On the Ritz’ scene due to it not being faithful to the source material, but conceded to it when Wilder argued strongly in its favor. Other meetings were not so cordial, however. The two had one giant argument at Wilder’s apartment, with Brooks shouting and stomping before storming out. Ten minutes later, he called Wilder to chastise him for letting some madman in (“I could hear the yelling all the way over here!”). This was, according to Wilder, Brooks’ way of saying sorry.

The production of Young Frankenstein went relatively well. In fact, Brooks, Wilder and the cast had such fun making it that extra scenes were added just to keep the film going a little longer. Some of the film’s funniest moments were ad-libbed, such as Frederick accidentally striking a cat when he throws his dart off-camera (another audio cameo from Brooks), the Blind Man’s closing line as the monster runs out of his home (“I was going to make espresso!”), and the monster’s cues in the ‘Puttin’ On the Ritz’ sequence. Yet this caused the final cut of the film to be nearly 3 hours long, and not every joke hit its mark. Brooks and Wilder noted there were 3 flat jokes for every 1 that worked, so they cut those jokes out in one, long editing session to create the film audiences would see today. 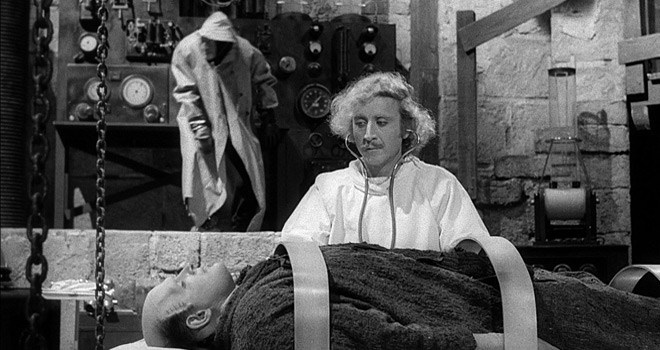 This may be why, even after the editing, the film seems to lose energy and focus somewhere around the middle of the film. The beginning up to the first recapturing of the monster is a hilarious and tightly put-together sequence, but between there and the last dance sequence, it gets rather lax. It is still funny though, whether it is Igor getting a little too excited over Madeline Kahn or Kenneth Mars’ Inspector Kemp playing with his false arm. It just does not hold up as well compared to the first half or the end. This may be why, later on, Brooks said that while this was the best film he directed, it was only the third funniest film behind The Producers and Blazing Saddles respectively. Those two films were more tightly put together in comparison, with little lag between the gags.

However, it has long since earned its worth as a must-see film. The gags feel as fresh today as they did back then, without suffering from the over-quoting that often affects other famous funnies. It stands with Brooks’ best, and above his worst. There are 1987’s Spaceballs and 1993’s Robin Hood: Men in Tights which have their fans, certainly more so over 1995’s Dracula: Dead and Loving It. With Young Frankenstein, Brooks was at the peak of his powers. 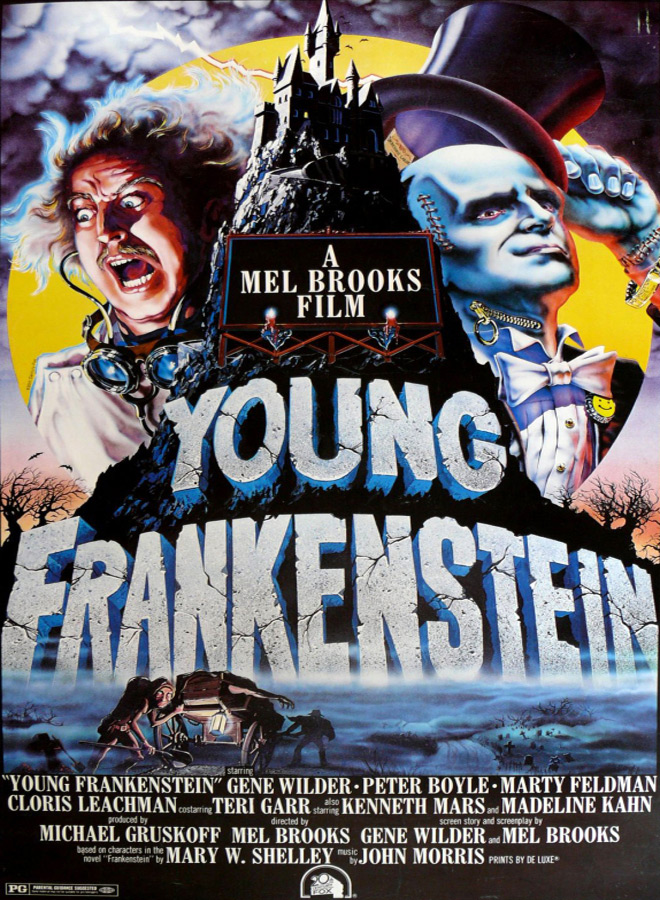