In the same vein as 1972’s Tales From the Crypt, 1982’s Creepshow, and 1983’s Twilight Zone: The Movie, From a Whisper to a Scream boasted the master of Horror Mr. Vincent Price along with Clu Gulager (The Tall Man series, Return of the Living Dead 1986) as Stanley Burnside, Terry Kiser (Friday the 13th Part VII: The New Blood 1988, Weekend At Bernie’s 1989) as Jesse Hardwick, Harry Caesar (The Longest Yard 1974, A Few Good Men 1992) as Felder Evans, and Rosalind Cash (The Omega Man 1971, The Adventures of Buckaroo Banzai Across the 8th Dimension 1984) as Snakewoman amidst the cast. Initially meeting mixed reviews upon first release, the film directed by Jeff Burr (Leatherface: The Texas Chainsaw Massacre III 1990, Puppet Master 5: The Final Chapter 1994), co-produced by William Burr (Stepfather II 1989, Eddie Presley 1992) and Darin Scott (Stepfather II 1989, Tales from the Hood 1995), who also co-wrote the script with Mike Malone is still worth looking back on all these years later. 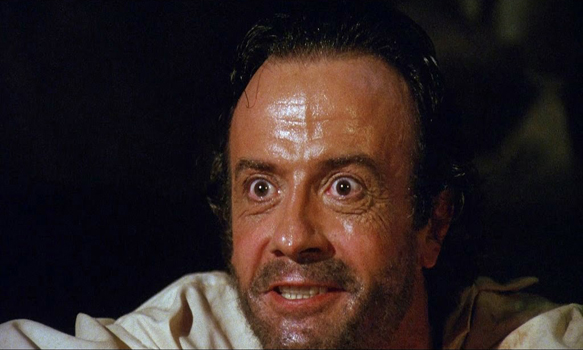 Four segments in total, many would say the stories bare similarity to the last book in the New Testament of the Bible, The Four Horsemen of The Apocalypse. Sleepy town of Oldfield, Tennessee is a doomed civilization like it was destined to be the Mecca for the Apocalypse with Julian White (Price) serving as the Jesus type. It all begins with Katherine White (Martine Beswick: From Russia with Love 1963, Trancers II 1991) executed by lethal injection in the penitentiary of Oldfield. On the other side of town, Reporter Beth Chandler (Susan Tyrrell: Big Top Pee-wee 1988, Cry-Baby 1990), who witnessed the execution, is trying to interview White’s elderly relative, Julian. He gives her an old scrapbook, which tells of similar past goings-on that shows this is not the first occurrence in Oldfield, and it might not be the last.

In regards to Price’s participating in the film, Burr wanted him so bad for the titular part of Julian that he went over to his house with the script and a bottle of fine wine after learning Price was a wine aficionado. Despite trying to steer clear of Horror later in his career, Price took the gig, and thankfully for fans he did. Known as a very gentle man off set, Price’s addition would do wonders for the film’s marketability. Reflecting on working with Price, Burr call him highly professional and easy to work with. As far as Price’s performance, he played Julian with every bit of charisma that audiences were accustomed to seeing him portray. For his wrap-around story parts, he was onset for two days. His character would see Price playing the villain, as it were, which he was trying to get away from in his later years. Nonetheless, he retained a delicious mysteriousness about him while being refreshingly good. 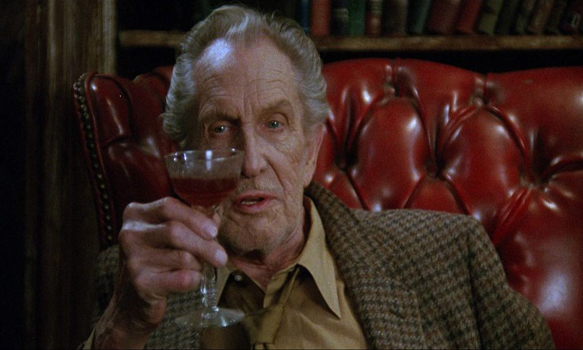 The supporting cast made good showing as well, elicited the level of gloom that each short segment called to bring the stories together for the heralding finale. This sense of gloom was also helped by the film being shot on location at Venice, Los Angeles, California for the mansion wrap-around story arc, and Dalton, Georgia for the shorts throughout 1985 and 1986. Furthermore, W.O. Garrett’s editing was done to play up said gloom and claustrophobia. Capping off the film’s feel is the score by Jimmy Manzie (Leatherface: The Texas Chainsaw Massacre III 1990, Tales from the Darkside: The Movie 1990) that was modern for the day while having old-school undertones that harkened to the monster movies. 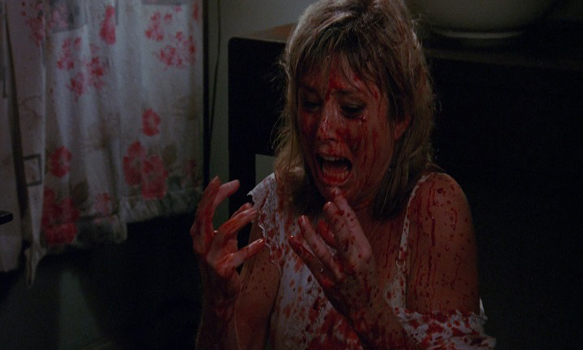 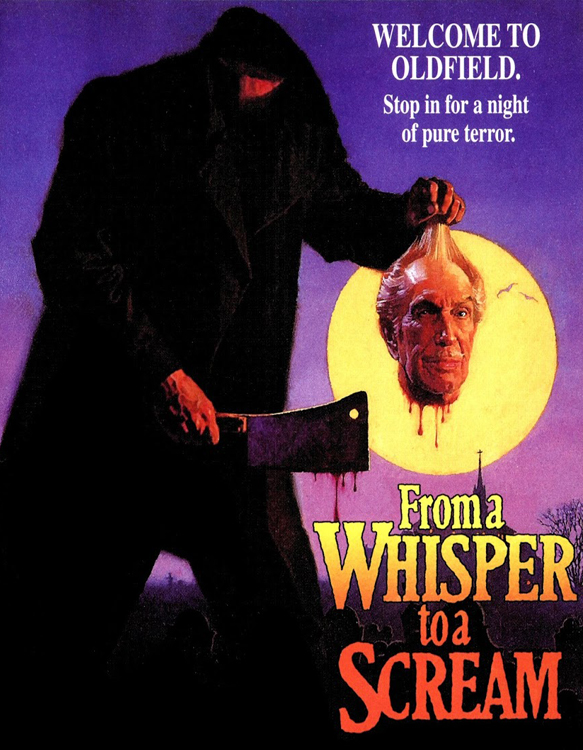