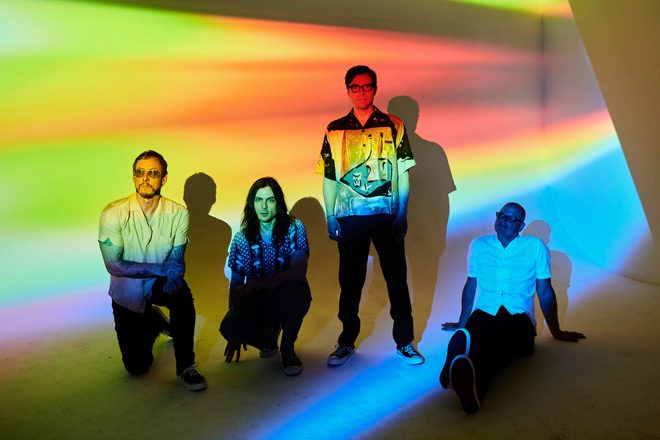 For the past quarter century, Los Angeles, California based rockers Weezer have built a fiercely loyal cult-like following among hipsters, alt-pop kids, and people who generally just want to have a good time. Their debut album, Weezer — also known as The Blue Album, since two subsequent albums were eponymously titled — hit the airwaves in 1994 to critical acclaim and commercial success. The lead single was “Undone-The Sweater Song,” a slow-burning song, only marginally about a sweater, which was released in the aftermath of Kurt Cobain’s suicide in 1994. Weezer went on to sell 3.3 million copies and spawned three radio hits. Since then, Weezer have released nine more albums, won a Grammy, and have performed to enthusiastic audiences around the world.

Fast forward to 2017, Weezer is still going strong and their newest offering, Pacific Daydream, due October 27th via Crush Music/Atlantic Records, promises to be another strong outing. Described by the band as “a record that navigates the uncertainty between reality and dreams,” the album is strongly influenced by the Beach Boys. So much so, that the band claims that “it’s an album that sounds like the Beach Boys and The Clash fell in love by the ocean and had one hell of an amazing baby.” The Clash’s influence is a bit less clear, though the Beach Boys are well-represented. For Pacific Daydream, Weezer are Lead Singer /Guitarist Rivers Cuomo, Drummer/Backing Vocalist Patrick Wilson (no relation to the Beach Boys’ Wilsons), Guitarist Brian Bell, and Bassist Scott Shriner.

Their eleventh overall album, Pacific Daydream opens with a vengeance of power chords and cheeky lyrics on “Mexican Fender.” Cuomo’s pop cultural awareness is evident with references like “she came to get her ten thousand steps.” The song is a brilliant set up for the rest of the album with a hook about summer love. Weezer have always cited the Beach Boys as a major influence, even going so far as to describe the band as “the Beach Boys with Marshall Stacks.” The next song is entitled “Beach Boys.” While it does not mention Brian Wilson and his bandmates specifically, the four-part harmony and melodic guitar rhythm, appear to be a tribute to them.

Moving right along, “Feels Like Summer,” has a Hip Hop structure with some elements of big shiny Pop that feels like (pun intended) Imagine Dragons. Released as a single in March of 2017, “Feels Like Summer” was a big Alternative radio hit that made its way to #2 on the Alternative charts. Since the album is very clearly about summer and the beach begs the question why it is being released at the end of October rather than May, at the beginning of summer. The success of “Feels Like Summer” further confirms that the timing of the album is questionable.

Changing up speed a little, Pacific Daydream slows down slightly with songs like “Weekend Woman” which is yearning piece laden with catchy lyrics and more harmonies. The bridge is reminiscent of the Beach Boys at their finest and would almost fit on a modern version of 1966’s Pet Sounds. Finally, the short but sweet album closes with “Any Friend of Diane’s” a clever reference to an episode of the hit sitcom Cheers from 1982. A strong conclusion, it is a shimmery Pop song that makes great use of wordplay, and leaves the listener wishing for more.

With Pacific Daydream, Weezer have provided a fitting tribute to bumming around at Santa Monica Pier in the summertime. The album’s ten tracks and swift thirty-four minute runtime are never dull or redundant and leave the listener with a smile, a wink, and a nod just like a Weezer album should. In the end, the timing of the album may be just right after all. Instead of an anticipation of summer, maybe its intent is to remind the listener of the wonderful summer that has just passed. For its sunny disposition and accomplished alt-pop sensibility, CrypticRock give Pacific Daydream 4.5 out of 5 stars. 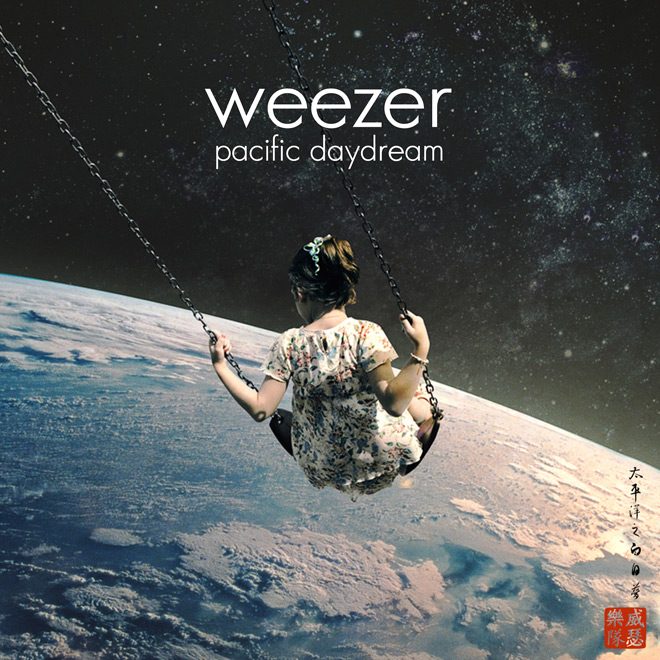 Weezer – Van Weezer (Album Review) Weezer – Ok Human (Album Review)
Like the in-depth, diverse coverage of Cryptic Rock? Help us in support to keep the magazine going strong for years to come with a small donation.