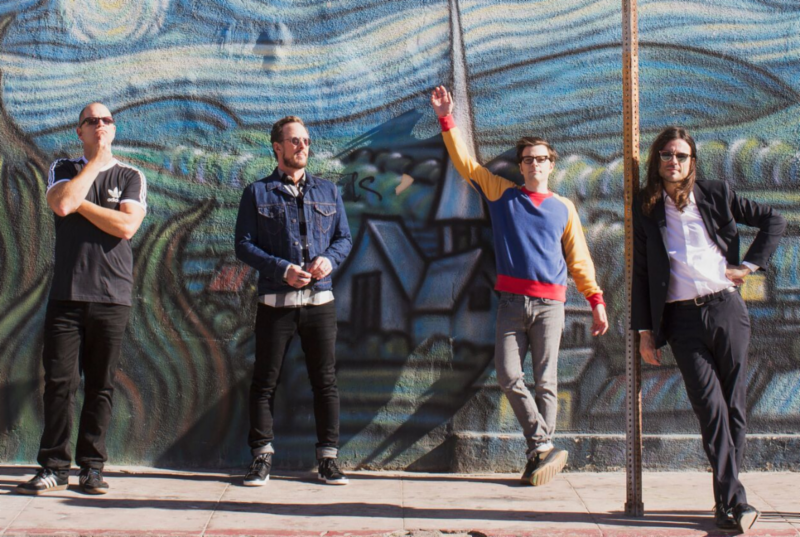 American Rock band Weezer has been a big name on the music scene since they opened for Keanu Reeves’s band Dogstar nearly a quarter of a century ago in 1992. After they signed on to Geffen Records in 1993, the following year The Cars’ Ric Ocasek produced the band’s eponymously named debut – also known as The Blue Album – a triple platinum venture that gave the world the tunes “Undone – The Sweater Song,” “Buddy Holly,” and “Say It Ain’t So,” planting Weezer firmly in the Alt Rock radio mainstream and making the band itself a household name.

Over the years, they have released a total of nine albums, and of these nine, four of them have been self-titled, distinguishable only by the year of release and a color – Blue in 1994, Green in 2001, Red in 2008, and White in 2016. Although they have changed their sound several times over the years from Alt Rock, to Pop Punk, to Emo, to Southern Rap, Weezer has finally come full circle, and with 2014’s Everything Will Be Alright in the End, the band came back to their roots, much to the relief of fans. Their tenth album, released on April 1, 2016, is the band’s fourth self-titled record, also known as The White Album, and debuted at #4 on the Billboard 200, making it Weezer’s sixth top five record.

Lead Vocalist, Guitarist and Songwriter Rivers Cuomo calls The White Album a “beach album,” saying he was inspired by “people in Venice and Santa Monica, the beach, the Hare Krishnas, the Sikh on roller blades with the guitar, girls on Tinder within a 4 mile radius, seeing other bands, the kids from La Sera.” Along with Brian Bell (guitar, keys), Scott Shriner (bass, keys), and Patrick Wilson (drums, percussion), Cuomo created a concept album reminiscent of 1996’s Pinkerton, released through Warner Music Group’s Crush Music and produced by Raditude’s (2009) Jake Sinclair.

The album starts off with “California Girls,” a song based off of “California” by Cuomo’s Japanese band, Scott & Rivers, and right away one can feel the past bubbling up to the surface as a “Pink Triangle”-esque tinkling bell and guitar whine kick things off. The song then speeds up into a track that would sound right at home playing during a Rom Com driving montage. The high-spirited keyboard plunks of “Wind in Our Sails” leads into the album’s debut single, “Thank God for Girls,” a track that comes off like Suzanne Vega’s “Tom’s Diner” but lyrically speaks about 20th century online dating, with people meeting through apps like Tinder. “(Girl We Got A) Good Thing” could have come straight from the Beach Boys’ Pet Sounds (1966) with its happy, tinkling tambourine, background uh-huhs, and just a sprinkle of Cuomo’s guitar riffing to mix things up towards the end.

The album then pulls a 180 with “Do You Wanna Get High?” with its feedback, reverb guitar riffs, and unglorified lyrics about Cuomo’s battle with drug addiction back in 2000. The promotional single “King of the World” brings a heavier, more electric sound as a love letter to the singer’s wife, Kyoko, that only he could write. Revealed as Cuomo’s favorite on The White Album, “Summer Email and Drunk Dori” is a funky, punky song, showcasing Wilson’s punchy, popping drums that one cannot listen to without thinking of The Blue Album. “L.A. Girlz” is a pleading song full of references, mentioning everything from Dante’s Divine Comedy, to the 2014 film Whiplash, to the Lewis Carroll poem “Jabberwocky.” “Jacked Up” lets both Shriner and Bell loose on the keys as they plink and plonk their way along to Cuomo’s pleading lyrics. “Endless Summer” tops off the album with another reflection of the past, bringing the listener back to 1994 with a slow, sweet, melancholy plea for both the season and the album to go on forever.

With the recent surreal ’70s sound resurgence in both Indie Rock and Alt Pop, it is a breath of fresh air to hear something as innocent and positive as The White Album, with its Beach Blanket Bingo (1965) sound and sunny disposition. Although the songs are seemingly simple, the record is actually dense with sound, with its sweeping guitars and over-dubbed vocals. As the first concept album for Weezer since Pinkerton, The White Album tells the story of “geek meets girl, geek has heart ripped out” like only this LA band can do. The seemingly offhand, nerdy name drops and shoutouts only go on to prove that Weezer is a group that knows its dorky listeners and how much they love a good, flippant, tongue-in-cheek joke that most of the rest of the population may not get. It is that friendly elbow to the ribs and knowing wink that fans have come to know, love, and expect. CrypticRock gives Weezer’s Weezer/The White Album 3.5 out of 5 stars. 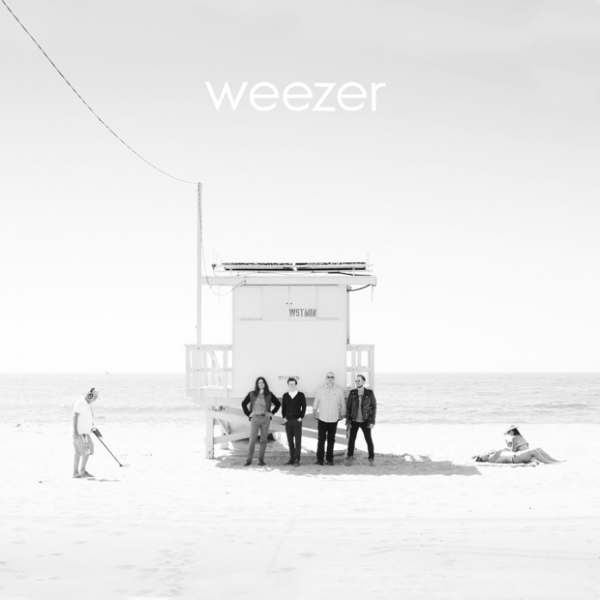