Life is hard for attractive twenty-somethings in Horror movies. They get cut into pieces, shot, eaten, hung, stabbed, beaten, and the ones who survive wish they were dead. They exist merely as expository ragdolls; they are flesh vehicles torn apart to inspire the true alphas of the group to fight back. In Welcome to Willits, these poor young folks are written in such a way that they almost revel in their impending doom. The levity and self-awareness with which they traipse into death is not new in the Slasher genre, but the very fact that it lacks that novelty furthers the rationale that this film was made just for fun, and it is quite fun. 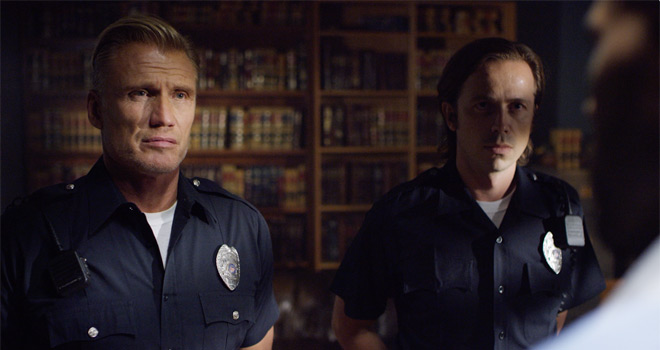 Director Trevor Ryan, whose previous oeuvre was entirely comprised of shorts, released Welcome to Willits back in November of 2016 to the rapt gorehounds at New York City Horror Film Festival. Soon picked up by IFC Midnight, the film made its way to select theaters and VOD on September 22, 2017. Now, thanks to Shout! Factory, it will be released widely on Blu-ray and DVD on Tuesday, February 6, 2018. Shot mostly in rural, northern Louisiana, the film is actually set in a part of California known as “The Emerald Triangle,” famously, the enclave of Humboldt, Mendocino, and Trinity counties, who boast the highest volume of marijuana production in America.

The audience follows two storylines. The first features Jeremiah Jones (Chris Zylka: The Leftovers series, The Amazing Spiderman 2012) and his merry cadre of miscreant friends. Among them are Besh, played by actress and Hip Hop celebutante, Karrueche Tran (The Bay series, The Nice Guys 2016); the token asshole, Zack (Garrett Clayton: The Fosters series, Don’t Hang Up 2016); as well as the straggler they pick up in a convenience store, Possum, portrayed hilariously by Rory Culkin (Signs 2002, Columbus 2017). Diplomatic Jeremiah quickly emerges as the sensitive and smooth alpha. As his pals engage in all manner of inappropriate bawdiness, he remains vigilant and level-headed.

The second storyline shadows young, stylish, and naïve Courtney (Anastasia Baranova: Z Nation series, Veronica Mars series); her uncle Brock, portrayed as a sort of less-altruistic; psychotic drug fiend Ash Williams by the brilliant Bill Sage (American Psycho 2000, We Are What We Are 2013); and (presumably) his wife, Courtney’s aunt Peggy (Sabina Gadecki: Freaky Deaky 2012, Dark Was The Night 2014). Uncle Brock and Aunt Peggy are pot farmer speed freaks with an apprehension of space aliens (read as, hallucinations) and technology. Courtney quickly realizes that she is out of her depth when she is bound and gagged by her increasingly unstable, chemical-head relatives. 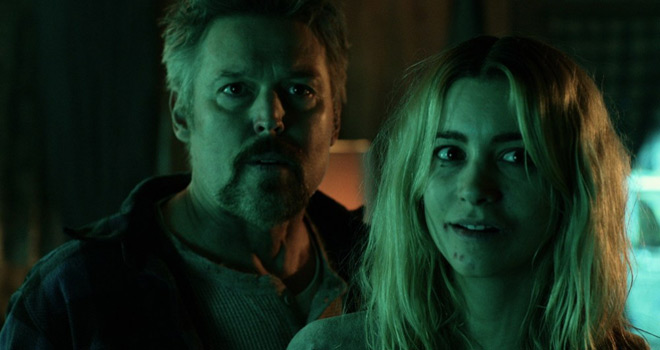 The two paths converge in the sprawling ganja fields on Brock’s property. Hallucinating off of his own custom meth recipe, Brock begins mowing down young folks, mistaking them for “greys.” As more massive hits are taken from his glass pipe, it isn’t long before his own family is prey. The conveniently good-looking Jeremiah and Courtney fight for threadbare survival against a bonafide casualty of the war on drugs. The legendary Dolph Lundgren (Rocky IV 1985, The Expendables 2012) makes a cameo as a television police officer who acts as anchor to Brock’s deteriorating mental well-being.

Despite his relative greenness, Trevor Ryan bastes Welcome to Willits in hilarious performances, which is a credit to both him and his cast. Culkin’s character, Possum, could have served as an understudy to Eli Roth’s cameo character “Grim” in 2002’s Horror-Comedy film Cabin Fever. Idiosyncratic Grim and Possum are both outlandish perma-campers (WITH PETS!) caught in the middle of a bunch of dying kids and Culkin elegantly invokes Roth’s freak spirit while injecting a dryness to it that would make Stephen Wright proud. Sage’s turn as Brock is loaded with memorable stupid one-liners and meth-addled malapropisms, which are at once wildly comical and sort of sad, as it becomes clearer that his brain is a puddle of congealed cottage cheese. 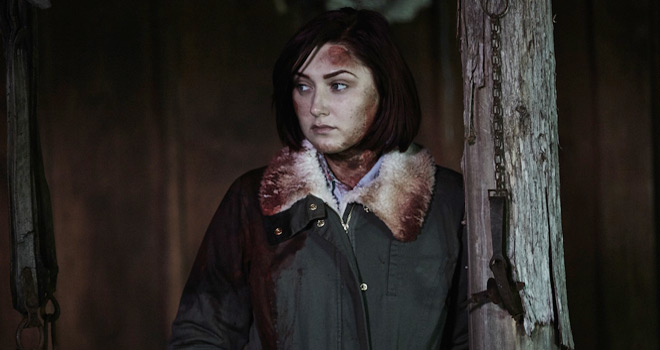 An unfortunate hallmark of this and many low budget films, however, is the poor lighting schemes utilized. The strange palls of light cast in Welcome to Willits served to remind the audience that no matter how much fun, how irreverent, and how self-aware this film is, it is still a low-budget affair and corners had to be cut somewhere. Some viewers may not mind this; it is admittedly a small sin. The lighting suits the film’s creepy-yet-absurd feeling rather well, but some sequences were simply too bright, too dark, or too green, all of which could be easily corrected in post-production. The lighting that a production uses, however, is down to the personal taste and vision of the director, and for such a film, these peccadilloes are easily forgiven.

When the water is boiled out and the fat is skimmed from the top, Welcome to Willits is a stoner Slasher Comedy. It is best enjoyed with bloodshot eyes and a few good friends. If one tries too hard to take it seriously and to judge it on the same scale they would judge Kurosawa, the disappointment will be thick and oily… but if it is a good time and some spacey laughs that you are after, Welcome to Willits is bloody piles of both. For its preposterously delightful writing, adeptly screwball acting, and refreshing knowledge of itself, CrypticRock awards Welcome to Willits 3.5 out of 5 stars. 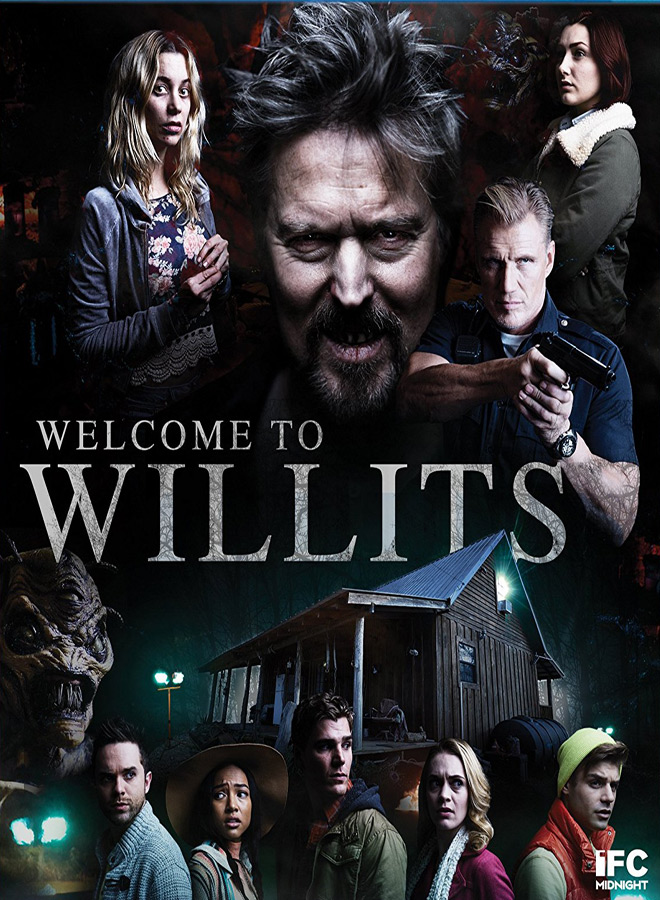