What The Waters Left Behind (Movie Review)

Documentary filmmaking can be its own special brand of hell, but it’s a downright massacre in What The Waters Left Behind, a new Horror offering from Argentina’s Onetti Brothers. Unearthed Films delivers the extreme new Slasher to Blu-ray and DVD on Tuesday, May 12th, 2020.

Epecuén provides the perfect landscape for a film: a Horror film. The site of the worst flood disaster in the history of the Argentine Republic, the lakeside resort town was once home to nearly 1,500 residents, but that is before the salty waters took over. Intent upon creating a documentary to capture the ruins of this once bustling tourist village, wannabe director Vasco (Damián Dreizik: Just For Today 2001, Feminine-Masculine series) is heading a small group to the ruinous landscape. 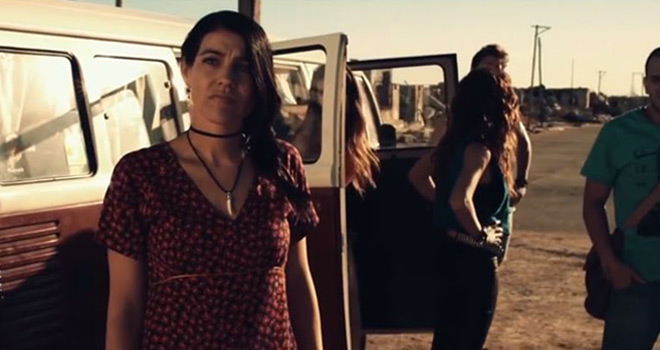 When the group stops to get gas and use the facilities at a disheveled highway stop en route to their first day of filming, they encounter a bizarre trio of locals—a ratchety old woman (Mirta Busnelli: Tombers 2002, Los exitosos Pells series) selling meat pies, mechanic Chimango (Chucho Fernandez: Dead Heart 2015, 5 A.M. 2016), and a pervert (Germán Baudino: Malvineitor 2017, ASYLUM: Twisted Horror and Fantasy Tales 2020). Unbeknownst to the crew, their interactions here will set the tone for this entire adventure—one that was always doomed to end in death.

Clocking in at 100 minutes, What The Waters Left Behind (originally titled Los olvidados) was directed by the masterful Onetti Brothers (Abrakadabra 2018, A Night of Horror: Nightmare Radio 2019), Luciano and Nicolás, who also wrote the screenplay with the help of Carlos Goitia (Abrakadabra 2018, ASYLUM: Twisted Horror and Fantasy Tales 2020). Additionally, the film features the acting talents of Gustavo Garzón (The Bottom of the Sea 2003, Tu Parte del Trato series), Evan Leed (Breakup at a Wedding 2013, Cetáceos 2017), and Tamara Garzón (Güelcom 2011, Por un tiempo 2013).

Not for the faint of heart, What The Waters Left Behind—which is presented in Spanish with English subtitles—borders on torture porn with its blend of such extreme Horror classics as 1974’s The Texas Chain Saw Massacre, 1977’s The Hills Have Eyes, and 2005’s Wolf Creek, along with a dash of the UrbEx spirit found in 2012’s Chernobyl Diaries. With such a stellar but brutal pedigree, die-hard Horror fans with an unquenchable thirst for the twisted are apt to happily devour The Onetti Brothers’ killer feature, though, again, it is not intended for those that are squeamish or trigger easily. In fact, please be advised that this film contains scenes depicting rape, dismemberment, cannibalism, and plenty more gruesomeness. It is certainly not for everyone! 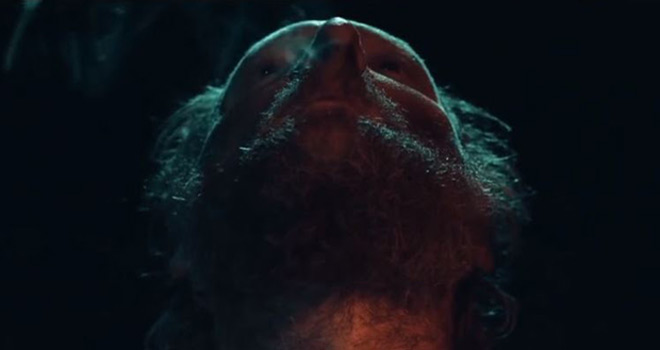 For those of us who love a richly unsettling experience, What The Water Left Behind has a little bit of everything—from all of the above mentioned scenarios to the world’s most disgusting gas station bathroom, skewered corpses, and a limb removal that would make Eli Roth green (with envy, that is). Coupling common Horror tropes into a unique new tale set in an already tragic location, this is a film that capitalizes on all things perverse and demented.

Certainly it can’t be easy, as an actor, to bring such a story to life, but the cast do a phenomenal job in their varying roles. Working with the least, D’Alessandro (Nacho) and Sartor (Vicky) deliver the two most cliché roles—though their ability to ruffle feathers stands as a testament to the pair’s acting skills. While Dreizik’s Vasco receives the least screen time, it is enough for the actor to effectively deliver the gist of his mature character, a pensive and self-serious filmmaker.

Brasca (Erica), Pardella (Diego), and Maurette (Carla) are given the most to work with, with Maurette possessing the only character who is developed beyond the very basics. For this, she is able to show her range as an actress, one who can fluidly evolve beyond her initial soft spoken and pensive moments to show her versatility. Brasca and Pardella also give impressive performances, though their characters never truly evolve beyond “no-nonsense lesbian videographer” and “kindly artist.”

Definitely not least, our group of uncouth locals—Busnelli, Fernandez, Baudino, and Leed—deserve praise for being entirely unsettling in each of their deliveries. Fernandez takes the cake for the demented Chimango, though it is Busnelli who shows the most range in her exceptionally disturbing performance. Part Lin Shaye’s evil twin and part Sweeney Todd’s Mrs. Lovett, Busnelli’s portrayal is one of the best in the film, as she operates between nuance and outright insanity to craft a truly unforgettable abuela. 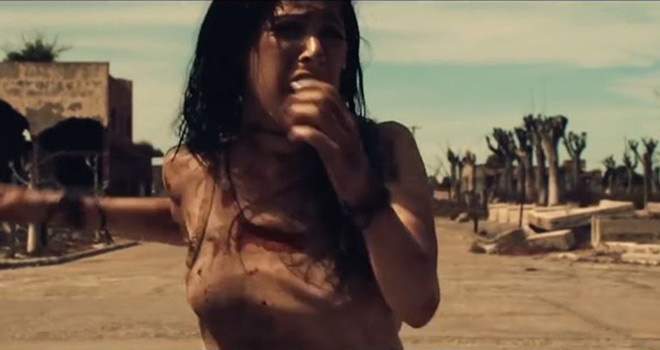 All of this said, What The Waters Left Behind is not without flaws. There are continuity errors throughout (particularly when it comes to a pesky bullet belt worn by Brasca), and a twist that you are going to see coming long before it hits. Unfortunately, the worst of the issues comes into play in the second act, where a murderous red tint is utilized to make the ‘action’ appear almost comic book-style (think 2005’s Sin City), but instead it simply cheapens the astounding cinematography of Facundo Nuble (I Am Toxic 2018, Feheler 78 TV movie 2019). In fact, Nuble demonstrates his exceptional artistry throughout the brutal film, shifting his initially vivid colors to something that feels cross-processed, desaturated and moody when the circumstances grow dire. The red tint when everything goes downhill, however, just looks cheap. 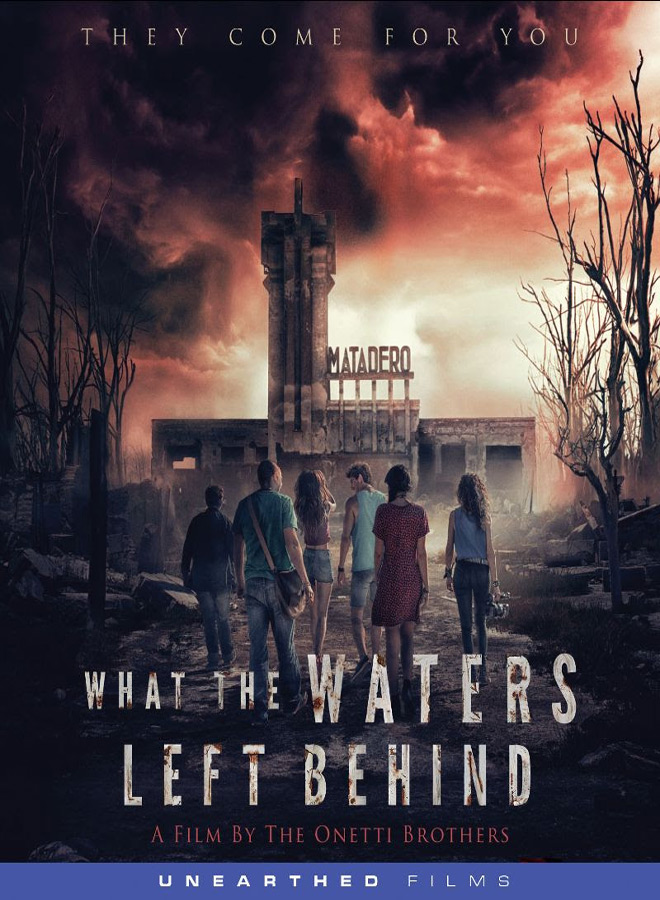