Where the Devil Dwells (Movie Review)

Dubbed with the tagline “You fear what is already inside you,” new Psychological Horror film Where the Devil Dwells keeps audiences guessing all the way through. Written and directed by Marc-Andre Samson, while his name may be unfamiliar to some, he has built quite a resume as a visual effects artist working on such films as 2009’s Watchmen and 2012’s Life of Pi, just to name a few. That said, Samson shows a different side of his film talents with Where the Devil Dwells, a low budget Independent film which was made with only an estimated $50,000. Seems impossible to work with such a budget, right? Well, sometimes the best effects are built in one’s mind. 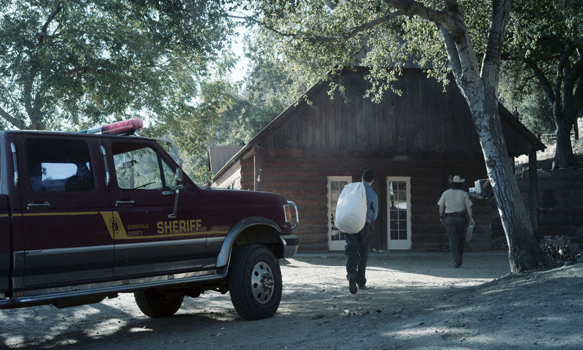 The story of Where the Devil Dwells begins with Lenard (Walter Peña: Interstate 2007, Mind’s Eye 2009) being placed under house arrest by a take no shit sheriff named Don Miller (Scott Anthony Leet: Freeway Killer 2010, Argo 2012). It is soon established that Lenard is the spawn of a brutal serial killer going by the name The Butcher. Clearly not an easy upbringing to have such a monster as a father, Lenard spent much of his adult life in a psychiatric hospital before being released to live in the house his Uncle Judas left him. Unclear if Lenard himself has actually committed any crimes, he has been tagged with an ankle monitor where he can go no more than 100 feet away from the house he is living in.

Quickly realizing that in order to survive he will need to have someone assist in picking up his medications for his diagnosed schizophrenia, as well as groceries, Lenard puts out an ad in a local paper for help. Soon, a little off-beat, yet seemingly innocent young woman by the name of Mitzi (Alexis Raben: The Invasion 2007, Miss March 2009) responses to the ad. Eager to assist Lenard, she seems almost secretly obsessed with his family history. From here, Lenard goes on day by day, primarily alone, besides the occasional visit from Sheriff Miller or Mitzi. Alone in his own thoughts, strange things being to happen and Lenard is unsure if he is really alone. Finding comfort in a television talk show discussing the concept of Satanism, has Lenard’s solitude living pushed him to the brink of madness, or are horrific events really occurring? Worse yet, is his ruthless father, The Butcher, alive and out to get him? 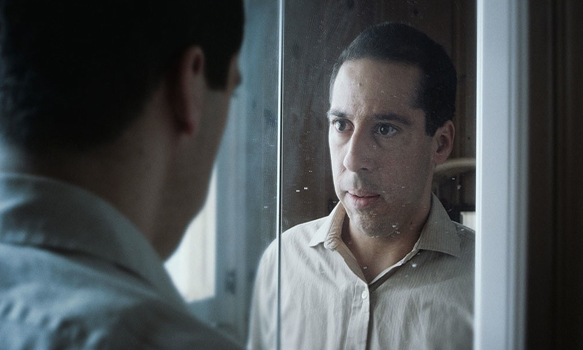 Keeping viewers foggy on what is reality and what is a fantasy, Where the Devil Dwells does a fine job of creating a suspenseful and curious atmosphere. There is really no way of figuring out the reality of what is happening, but is that not the horror of psychological insanity? Nonetheless, while the film does not resolve itself in the end fully, it will keep the audience pondering a variety of outcomes based on their own ideas of what they just saw. Doing an exceptional job of concealing the truth, if there really is a truth, Where the Devil Dwells is entertaining and thought-provoking. 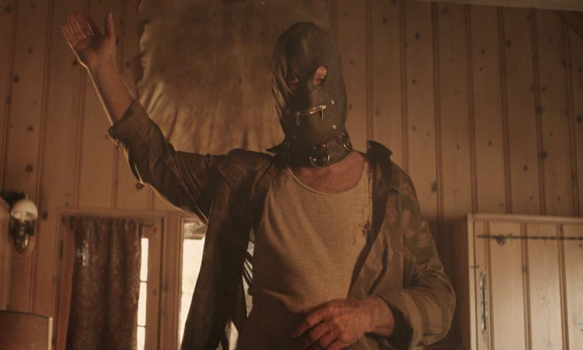 As a plus, the film is set in 1989 and Samson does a great job of re-creating the feel of an ’80s film, right down to opening credits with synth laden Metal music playing over grainy credits to the overall atmosphere throughout its hour and half running time. In addition, the acting by the small cast is quite solid, making the story that much more believable and effective. Officially released on DVD as of April 12, 2016 via Midnight Releasing, Where the Devil Dwells is well-worth the watch, and perhaps worth a second viewing to uncover more clues. CrypticRock gives Where the Devil Dwells 4 out of 5 stars. 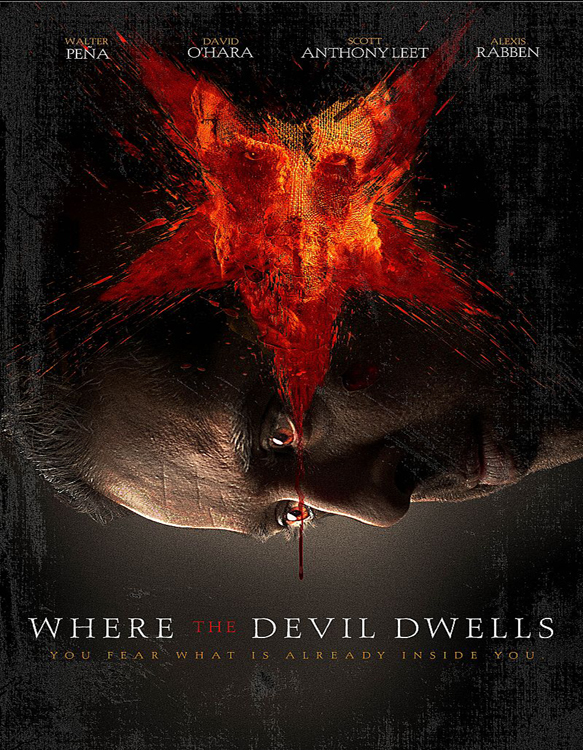 Purchase Where the Devil Dwells on DVD on Amazon