Available on DVD and on-demand as of March 21, 2017 through MTI Home Video, Whispers is a new film written, directed, and produced by Tammi Sutton (Killjoy 2: Deliverance from Evil 2002, Isle of Dogs 2011). Nominated for several awards at RIP Horror Film Festival Award in 2015, the story follows a young couple grieving over the recent death of their daughter. Set to move to the countryside, they not only are haunted by the tragedy that has befallen them, but also another darker, more sinister presence seems to have found them. 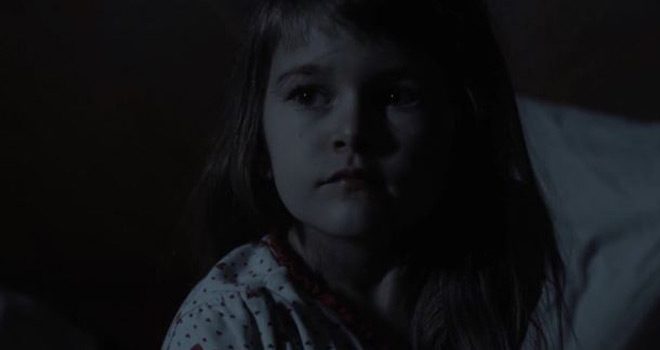 While the idea surrounding Whispers is very interesting, the film was sadly not as great as the idea precedes itself to be. To be quite frank, by the end of the movie, most of it is completely unmemorable. While having all the ingredients of creating a rather ghostly, ominous environment, sadly that is all there is, which may or may not disappoint lovers of the ghost Horror genre. Many viewers would agree it is extremely disappointing considering the high rating for Whispers.

While it is not to say that Indie films are unforgivable for simple mistakes in their story, it is hard to defend Whispers. For starters, we get a rather generic plot of a couple moving into a new house that appears to be haunted. While generic in nature, it takes a good writer and producer to pull it out of that generic cloud. For example, 1979’s The Amityville Horror was a film that has stood the test of time as being one of the best haunted house films of all time. Even 1973’s Don’t Be Afraid of the Dark also showed in a rather unique way that a haunted house film can be done right if written well.

Additionally, the sound starts to get really messy in places. While it clears up at times, the problem is consistent throughout. Because of this, the audience may find this to be a reason to not find the film enjoyable. Despite the many flaws, Whispers actually does a few things quite well. For one, the music score by Tim Worman (The Dark Backward, By the Sword 1991) actually is what makes the sound experience a bit more bearable. Secondly, the camera work by Cinematographer Kirk Douglas (Hard Target 1993, Volcano 1997) is also fantastic and well-done, creating a whole body of an unnaturally elegant, gruesome, and mysterious atmosphere for the film. 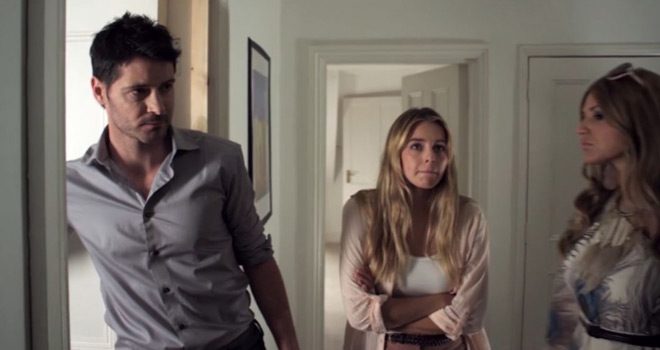 With these positive aspects considered, viewers will get a pretty amazingly effective atmosphere that has the makings of a great ghost film. However, instead of taking advantage of the great cinematography and music production, Sutton seems to avoid them completely and focuses all her energy on the rather boring, toneless components of the film.

Furthermore, most of the actors throughout Whispers either do not feel committed to their roles, or they deal with their situations in severe and harsh ways, showing awkwardness in the sense that they cannot gain control of their actual characters. Sutton really should have utilized the re-take option since most of the scenes feel like a first-take experience throughout the whole film. This is not to mention the few computer animated film sequences with the little girl feel forced.

Overall, the problem with Whispers is that this film does not push the bar high enough to set it apart admirably from its predecessors. It feels very spaced out with the beginning vastly different from the second half of the film. With some exceptional actors like Lynn Lowry (Shivers 1975, Cat People 1982), portraying Elizabeth Connelly, it would have been nice to see her character for more than just having a small appearance then disappearing later on into the film with no signs of bringing her back. 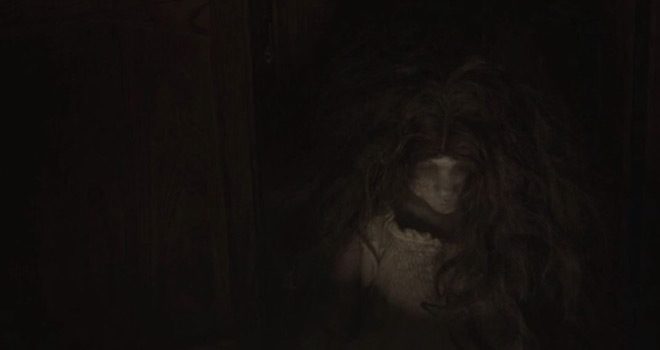 While Whispers attempts to surround the viewer with a tense and grisly environment, some of the characters and dialogue do not push the envelope far enough to make this situation more believable. Though there are worse Horror films out there, this is not exactly the best either. For these reasons, CrypticRock give Whispers a 3 out of 5 stars. 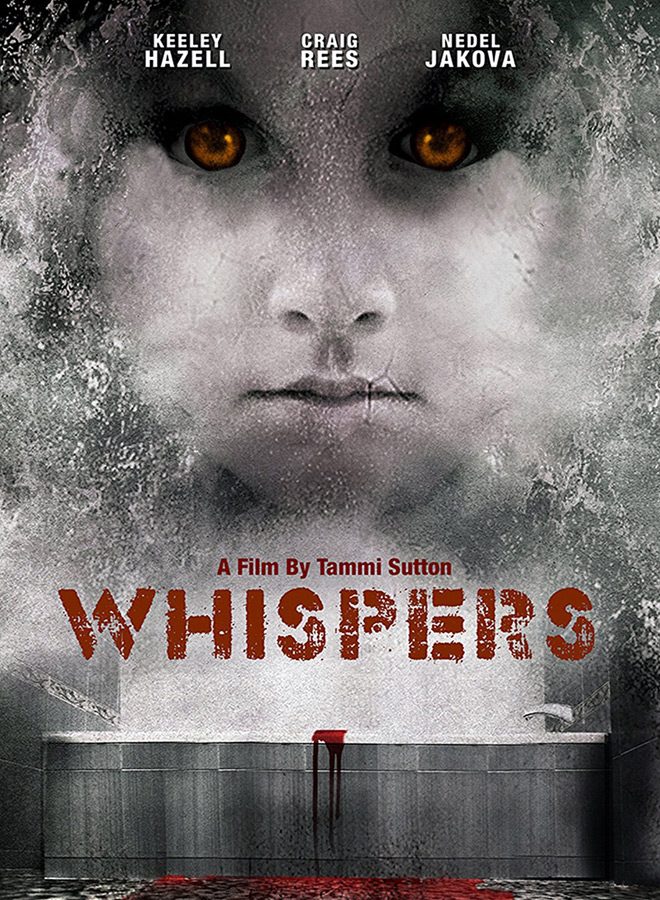 Martyrs Lane (Movie Review) We Need To Do Something (Movie Review)
Like the in-depth, diverse coverage of Cryptic Rock? Help us in support to keep the magazine going strong for years to come with a small donation.