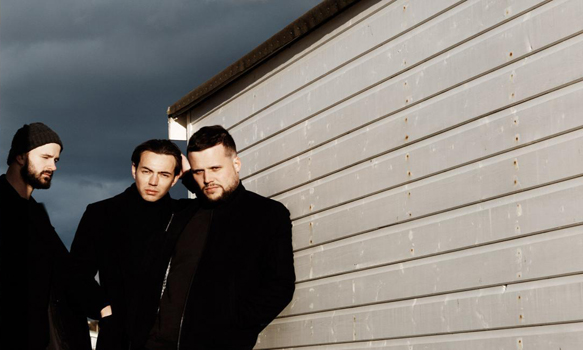 No one plans for an accident . . . Returning to Indie Rock lovers’ stereo this past October with their fourth studio album, Friends, British trio White Lies continue to embrace their trademark 1980s New Wave, synth-happy sound.

Formed in October 2007 in Ealing, West London, UK, White Lies was originally known as Fear of Flying. The trio of Harry McVeigh (lead vocals, guitar), Charles Cave (bass guitar and backing vocals), and Jack Lawrence-Brown (drums) changed their moniker, evolved their style, and the rest is, as they too often say, musical history.

Blending Indie Rock with Post-Punk notes, heavy New Wave influences, and darkly uplifting lyrics, White Lies have drawn comparisons to Editors, Interpol, Joy Division, and The Killers. Their January 2009 debut, To Lose My Life…, hit number one on the UK Albums Chart, garnering the trio a spot on the NME Awards Tour; a headlining spot on BBC Radio 1’s Big Weekend; as well as top honors in the BBC’s Sounds of 2009 poll and the BRIT Critics’ Choice Awards. Additional studio albums, 2011’s Ritual and 2013’s Big TV, continued the band’s critical acclaim and have led the trio to tour across the globe.

Recorded in Roxy Music pioneer Bryan Ferry’s private London studio, Friends was self-produced by the group with the help of an expert team including Grammy Award-Winning Engineer James Brown (Foo Fighters, Arctic Monkeys), David Wrench (Caribou, FKA Twigs) on mixing duties, and long-term collaborator Ed Buller contributing additional production. The ten track album is being released under a new deal with BMG, in standard formats (CD, digital download, and streaming) with the addition of vinyl, picture disc, and a special edition box set that will include a cassette with four exclusive bonus tracks.

Lyrically, White Lies explore the changing nature of human relationships throughout the entirety of Friends. “In the past couple of years, we’ve noticed friends’ life situations causing them to make big decisions – marriages, kids, moving out of London,” says Bassist and Lyricist Charles Cave. “Friendships have begun to feel adult and our perception of time has changed. As kids, if you didn’t see a mate for a fortnight, you’d wonder what was wrong. Now you might not see someone for six months and it doesn’t matter.”

A certain maturity permeates the core of Friends: deep, poetic lyrics acknowledge a multitude of unhealthy relationships. In first single/video, “Take It Out On Me,” McVeigh acknowledges the feeling of being in love with a partner’s thoughtless abuses. Afterall, who does not play the whipping boy/girl from time-to-time?

It is a highly experimental track in which Cave aimed to using just numbers. “Right up until we recorded the song it was called 89-1-3,” he says. “It was inspired by a lunatic on Instagram who kept commenting on a friend’s photos in pseudo Biblical verse. From his profile, I discovered he lived in a remote cabin with a rough-looking dog. He posted weird videos in which he quoted random numbers. As a challenge, I turned them into a song. The only problem was that it went so well everyone said it should be the first single, so I relented and gave the chorus real lyrics.”

Longing for old friendships – or simply the desire to hear a friendly voice across miles – is the core of “Morning In L.A,” while unrequited love and the misalignment of time form the center of tracks such as “Right Place.” There is a lyrical maturity throughout the center of “Friends,” an honest connection between the words and the album’s title.

Cave says, “Morning in LA was the first eureka moment during the writing of this record, and luckily came about quite soon after starting, which gave us a huge boost of confidence to continue with . . . this is a song about modern life, and I think there’s a subtlety to the lyrics that people will find endearing and hopefully somewhat moving. ‘Morning In LA’ is about disenchantment with the place you live, having to see it change around you – sometimes in a way that feels less than positive, and it’s about also watching your friends make life choices that may shift how your relationship works, in this case that frustration comes from dealing with time zones – wanting to be able to call your friend like you used to but realising they live in America now and are still asleep. So it’s a love song really, a love song for friends, and a hate song for time zones.”

Standout tracks “Is My Love Enough?” and “Summer Didn’t Change A Thing” hold down slots five and six, respectively. To get to their core, one simply asks you to close your eyes and envision the first day of a new high school year, dressed in your brand new duds, walking down the hallway to welcoming smiles, familiar faces, and the usual smarmy jeers. “Summer didn’t change a thing, it will always hurt,” you know. Molly Ringwald and her Breakfast Club would dance in their library seats to this perfect eighties homage.

The remaining tracks continue on a similar track, synth-heavy “Swing” and full of emotion as well as passion, “Right Time” and “Come On.” Ballad-esque “Don’t Fall” closes the album out with some advice for co-dependents: the track speaks of cutting the cord on a co-dependent relationship, moving on when falling apart could be harder than the pain of staying together.

It is no surprise then that Friends has already cracked the Top 20 in Belgium, Scotland, and the UK, as well as New Zealand. Call it a transitional album for White Lies if one likes, either way, this is a collection of ten intelligent, perfectly constructed Indie Rock songs. Relationships are a universal theme throughout many genres of music, and this UK trio have done the topic much justice. Notes McVeigh: “We’ve all grown up a great deal, I think. The album actually deals with a lot of the emotions associated with the changing of relationships with friends and family as you grow up and move on to new things.”

For those hungry for more, the band’s website presents an interactive version of the album’s labyrinthine cover, complete with special bonus content hidden throughout. Additionally, White Lies will be touring in support of Friends through the end of 2016 – in Europe – and into 2017- likely in North America and beyond. Until then, CrypticRock gives Friends 5 out of 5 stars. 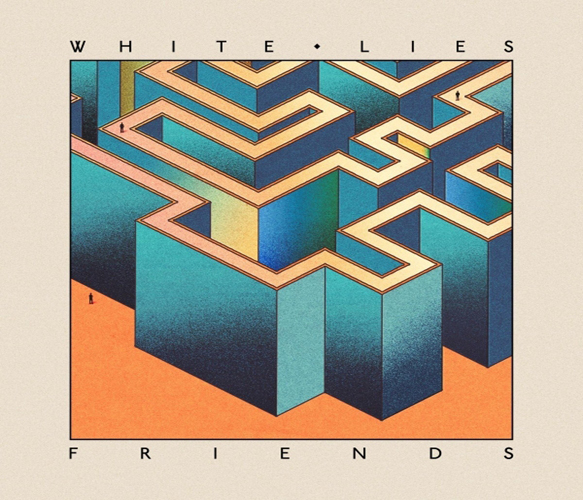