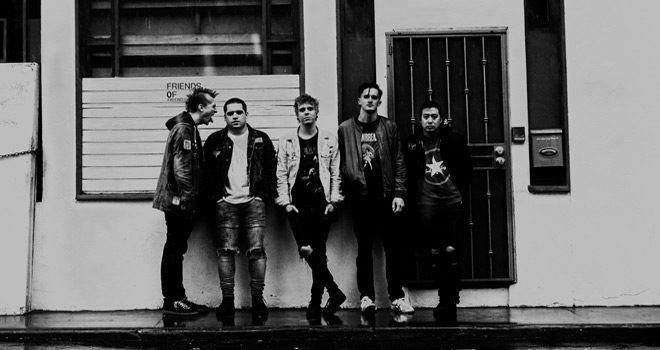 Hailing from SoCal via Dallas, Texas, The White Noise was formed in 2009 and originally known as Set The Sun. In the truest Punk/DIY spirit, the band released independent collections, before, in 2013, undergoing major lineup changes that brought about a new moniker: The White Noise. Hooking up with Fearless Records to deliver their debut EP, 2016’s Aren’t You Glad?, the quintet began to cement themselves as a force to be reckoned with. Claiming influences ranging from Underoath and Brand New to Nine Inch Nails, The White Noise were destined to be diverse.

In a society that values conformity, The White Noise refuse to be reduced to background chatter. In the blistering explosion that is “Innocent Until Birth” – AM/PM’s opening track – the band forewarn that “You’re always safe till you speak your mind.” Lyrically, they are reminiscent of the blunt honesty of bands like Motionless In White, while sonically they favor a more distorted sound that is something closer to, say, Nine Inch Nails. In truth, there is a good blend of all worlds in tracks like the angry “Bite Marks,” which almost dares you to utilize your dirty mind when interpreting its lyrics.

Throw away your cellphone and light a match to burn that bitch from your memory! “Picture Day” might be one of the most dreaded days of the year for school-goers, but in the world of The White Noise, it is a superb representation of this band’s frenzied vehemence and rage. Prepare yourselves for the circle pit! All true-blue rockers love a band that calls it like they see it, no filters, and The White Noise do not disappoint; captivating all senses with the blunt “The Best Songs Are Dead,” a rampaging attack at insincerity in today’s music. “You’ll die before you mean it,” Walker screams and he is sadly so very on-point.

Tossing something different into the mix, The White Noise break out their (Pop) Punk Goes Crunk with “I Lost My Mind (In California),” a sarcastic little ditty about wasting away in Hollywood. It is not an altogether bad song – and the bass here anchors the track flawlessly – but it simply does not fit. To make amends for their gentle side-step, the band come back full-throttle with the brash assault that is “Rated R” – featuring Landon Tewers of The Plot In You – a celebration of being some delightfully offensive mothertruckers.

“All Drugs Go To Heaven” is a curiously heavy ode to kicking drugs, because in life it is the drugs or you. “I had to say goodbye before you took my life,” Walker confesses and the end result is intensely candid, despite the witty title. The quintet continue their confessions with the emotional acoustics of “Montreal,” a track that will never serve as an anthem for the Montreal Tourism Board. Celebrating shades of Schadenfreude, The White Noise amp back up to “24 Hour Revenge Therapy,” a heavy attack on the façade of modern society with some bitter little jabs at religion. It is viciously honest and shows that this band are sporting some massive cojones! They continue on this tirade until the bitter, heavy end with “Sunspots,” one last dig at the fickleness of our world.

The White Noise blend the intensity of Hardcore Punk with something that leans more heavily toward Metalcore, and create a sound that is truly unique and full of blistering honesty. This is not a band who are here to blow smoke up anyone’s ass, no: these guys have some spot-on observations to make and they are not going to self-censor. Rated-R for awesomeness and ready to fill the circle pit with pulsating intensity, The White Noise are clearly onto something big! For these reasons, CrypticRock give The White Noise’s AM/PM 4.5 of 5 stars. 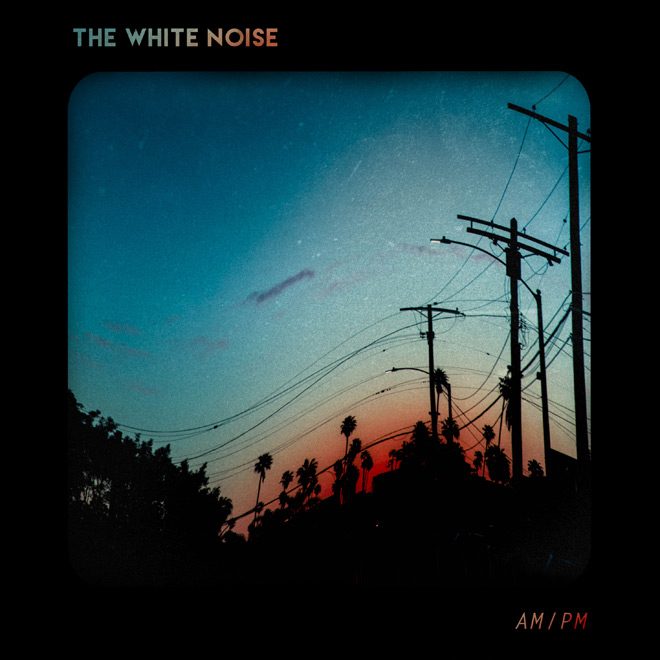 The White Noise will spend their summer performing on the Vans Warped Tour, June 16-August 6.  For further details, visit TheWhiteNoiseBand.com