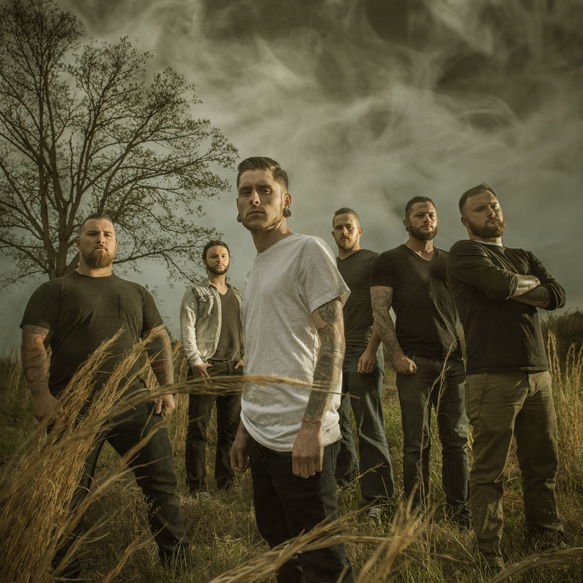 When Whitechapel’s Mark of the Blade was announced as a dedication to ten years of the band’s longevity and their loyal followers, that said fanbase lost their minds in excitement. Put that together with the band’s Decade of the Blade Tour, spanning across the country, and the frenzy reached epic proportions. Named in reference to a series of murders committed by Jack the Ripper, Tennessee’s Whitechapel make the experience as Metal as it gets.

With current lineup of Phil Bozeman on vocals, Zach Householder on guitar, Gabe Crisp on bass, Ben Savage as lead guitar, Ben Harclerode as drummer, and Alex Wade on guitar, Mark of the Blade makes a dramatic entrance as the band’s sixth full-length album upon its release as of June 24, 2016 via Metal Blade Records. Working with respected Metal/Rock producer Mark Lewis for the third time in their past three albums, the end product seems to be in the usual vein of the band’s work: heavy, fresh, and completely their own.

Just under fifty minutes of music, the album opens with “The Void” blaring out as an aggressive and savage introduction. Featuring pounding drums, snarling guitar, and the growling vocals of Bozeman, the track inspires anything but infinite emptiness when listening. In fact, it is angry energy and a rebellious sound that could incite nuns to riot. By comparison, the second single, “Mark of the Blade,” is tamer, but way more erratic with more impactful lyrics such as “I will erase everything, if you give your life to the mark of the blade!” screamed out by Bozeman in warning, while backed by thunderous bass, riff heavy guitars, and deep drum hits.

Moving on, “Elitist Ones” is clear evidence that the band has strong opinions on Metalhead elitism in the scene. With that said, they have essentially put a soundtrack to their narrative, which is effectively a Metalcore style that is addictive and impossible not to head bang to, with dissonant chord progression and an unstoppable onslaught of drum beats. Only three tracks into Mark of the Blade and it already seems Whitechapel has expanded their sound into something with more flexibility in the genre and way more emotional impact. Furthmore, that point is made boldly on the riveting “Bring Me Home.” The most complex song on the album, it showcases Whitechapel’s skill with clean vocals and a much more melancholic sound. Delving into a dark place, the haunting piece solemnly describes the pain and grief of Bozeman, who lost his father at ten years old, and how he reflects on those years gone by. “I’ll live on and carry your name, and be what you always thought I could be, I hope we meet at the end, but I’ll never forgive the world for taking my best friend” are the chilling words accompanied by gentle but enraged instrumentation. The power of the song is undeniable to anyone who has ever experienced the loss of a father or father figure, and is very likely the strongest song on “Mark of the Blade.”

Then, bringing on a chaotic storm, “Tremors” busts out through the speakers with a extremely malevolent and vengeful vibe. Hammering guitar and drums work in a tandem effort to display the anger directed at an indifferent figure that ignores the world, self-medicating, and generally is selfish. The song is perhaps a metaphor toward something more political, but also seems to be an effort in displaying something more personal and messy, which is effectively demonstrated through Whitechapel’s spiraling dirty guitar chords and heavy growls. Similarly personal, “A Killing Industry” is highlighted by a sick and bold chorus line, “This industry is killing me, I don’t have anymore blood left to bleed, it doesn’t matter how deep you cut, cause it’s easier to just not give a fuck, I just don’t give a fuck!” Equivalent to a gaping wound, this battle cry of a song is in rebellion to an industry that acts like the infection in the wound which is unable to heal and just bearable enough to ignore.

Continuing to pull no punches, lyrically, “Tormented” is a remark on everything wrong with society and a hate anthem to what it molds people into: angry souls who feel misguided and betrayed by a world that led them astray. It is the perfect song for anyone who feels slighted or lied to by the world they live in, and honestly, that is probably a great deal of individuals considering the political climate of the modern world. Then, with a sense of unity, instrumental cut “Brotherhood” brings a message of standing together as a force, and maybe a hint toward Whitechapel’s own DVD, The Brotherhood of the Blade, which was released October 30th, 2015 as a documentary showing the sextet in their downtime and touring lives.

Moving on, songs such as “Dwell in the Shadows” and “Venomous” are both equally heated, but for differing reasons; as the former relates to listeners from the perspective empty man with demons and nothing to lose. The latter is fueled by destructive rage provoked by an enemy that completely takes over any reason, making the narrator feel powerless at their own anger. However, the last song on the album, “Decennium,” is what will stand out to loyal fans the most. Derivative of Latin, decennium translates to decade, which is how long Whitechapel has been around. The song itself is a celebration of their fans and success because of their fans, relating back to that sense of kinship and brotherhood they all share in common.

When the dust clears, Whitechapel has really outdone themselves on Mark of the Blade. Striving to be more complex and flexible in their sound and message has only added to their brand for years to come. Experimenting with musical style is the only way for an artist to grow, and Whitechapel is growing and branching out with their devoted fan base and drawing in new fans along the way. CrypticRock gives Mark of the Blade 4.5 out of 5 stars for its Metal excellence. 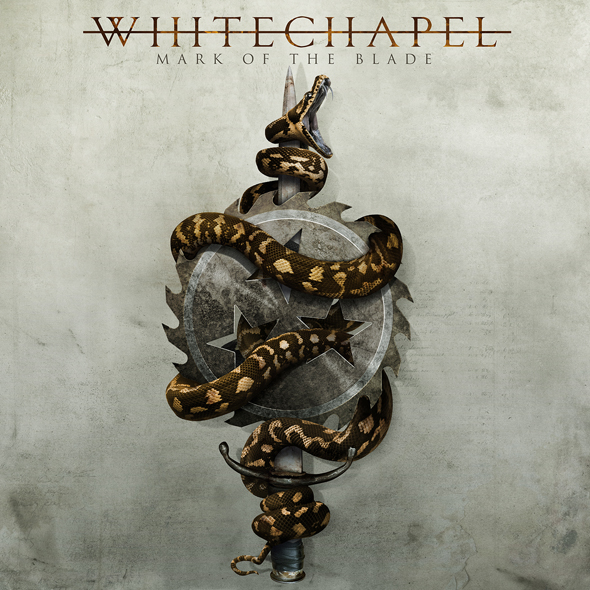