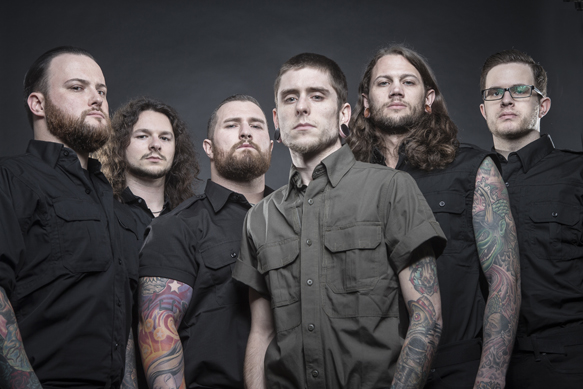 Knoxville, Tennessee’s deathcore sextet Whitechapel have returned with their fifth full-length album, which can be simply described as bone crushing. This marks a return to the bands roots whilst still making serious sonic progression.  Though many bands have been blending the brutality of death metal with the ferocity of hardcore breakdowns, there is only one Whitechapel, whose signature three-guitar battle plan has gained them global notoriety through touring with Cannibal Corpse, Behemoth and other and earning themselves a No. 46 placement on the billboard 200 charts with their self-titled offering Whitechapel (2012) having sold roughly 9,200 copies in its first week.

Our Endless War, features a full baritone scale guitar, allowing the audience to distinguish every single note in a way that would make fans of Meshuggah salivate. Phil Bozeman’s vocals are brutal as ever, but of his own admission he focused on the lyrical content and less on seeing how guttural he could sound. The title-track Our Endless War is nothing short of destructive, and the pace of the song has a Hatebreed feel with a Suffocation vocal style and the signature Whitechapel groove that sets them apart from the rest. The lyrics are nothing short of artful, “My country tis’ of greed, sweet land of idiocracy” and “while we still have liberty, let’s take back our justice for all” sounds nothing short of a Libertarian ideology of an angered nation who sacrificed everything, for a government who does nothing.

A far cry from a broken system, the band prides itself on being a democracy, each giving their input in the song writing process, showing not just the maturity in this release, but in the band as a whole and allows them to write what they wanted, not what was expected. “The record grasps everything that we’ve done thus far, it’s got some of the elements from Whitechapel (2012), but also some from A New Era Of Corruption (2010) and This Is Exile (2008)” states guitarist Alex Wade.  Each song is easily identifiable from the next, from sheer brutality, groove-based elements, and blast beats, this album is all encompassing of the bands catalog but with a mature approach that is a force to be reckoned with.

“The Saw is the Law” is the track that will have Meshuggah fans thinking the band channeled the 2002 album Nothing. The down-tuned guitars, the baritone scale and string bending intro sounds nothing short of progressive in nature, marking yet another influence on the band’s sound and own movement to carving out their place among extreme metal’s royalty. Bozeman declares that, “among the giants we stand tall and we will not be stopped,” and the album continues to relentlessly deliver.

“Mono” is the track where the thrash element shines through.  Fast and furious, the track is relentless.  The guitars slow down, the drums speed up. Through it is brutality, the song remains a layered and balanced track showcasing a seamless link between hardcore and thrash and has not single guitar solo; it’s a hardcore/thrash breakdown extravaganza.

The tenth track, “Diggs Road,” is quite possibly the most meaningful song in regards to the personal stock and emotion Bozeman put into writing it. Diggs Road is the street Bozeman grew up on and experienced a difficult childhood. Police calls, addiction, he saw it all and having lost both his parents by age fifteen he offers an amazingly personal look into the emotional inventory: his thoughts of suicide and depression. It is a track that reaches for that one listener who can relate and offer you the chance to scream through the pain.

As far as the recording of Our Endless War was concerned the band only considered Mark Lewis. “Making the self-titled record went so well, we loved the way it came out, our label loved the way it came out, and our fans kept telling us that it was our best sounding record so it would have been stupid not to work with him again! It’s not like working with an older producer where we may be a little scared to speak up about things. With Mark we’re all on the same page, making it really easy to work together.” That type of rare relationship, between the studio and the band, is exceptionally rare and the closeness in age is a big help. This is quite possibly the best work in the bands career, and their endless war is a continuous sonic assault.  CrypticRock gives Our Endless War 4 out of 5 stars. 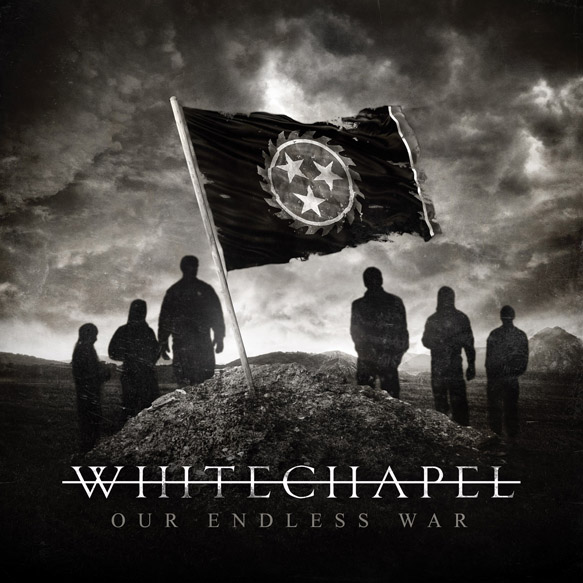